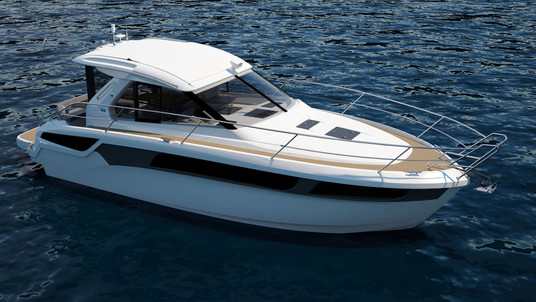 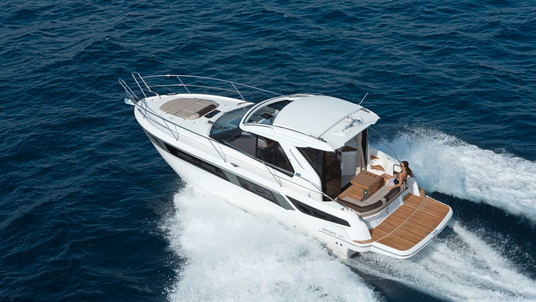 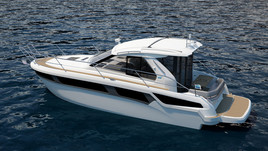 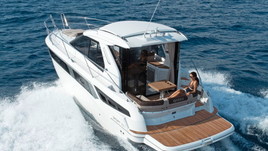 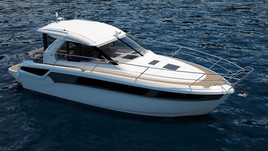 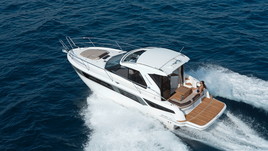 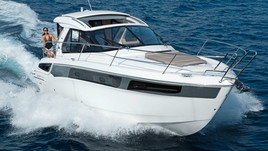 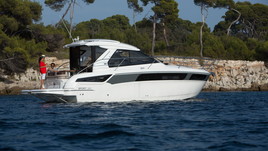 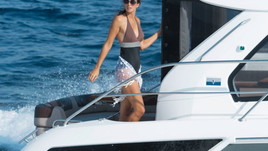 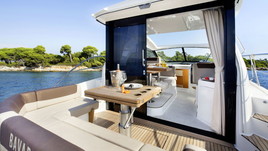 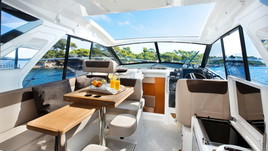 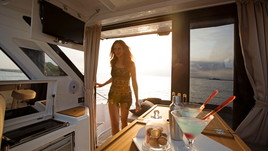 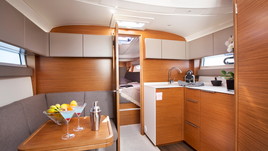 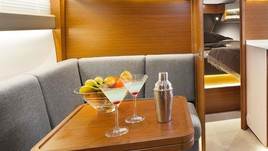 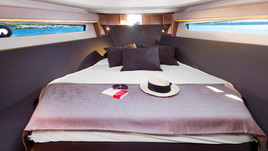 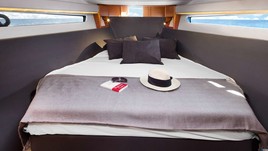 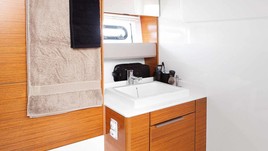 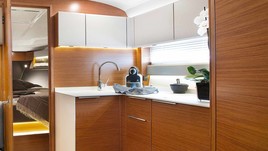 Motor yacht Bavaria S36 COUPE was presented in 2015 and is positioned as a sports model of the S-Line series. The ship was designed by a separate design bureau of the shipyard, called Bavaria Yachtbau, which this time decorated the yacht in a Mediterranean style, as evidenced by the railing with a slight slope and light colors of the interior trim, which visually enlarges the yacht's cabins. The yacht received continuous glazing of the entire salon, an opening hydraulic hardtop, a large number of portholes and hatches in the cabins, as well as a glass door in the aft part of the vessel, which serves as an exit to the terrace. Salon Bavaria S36 COUPE is available in three configurations to choose from the customer: CLASSIC, MODERN and STYLE, you can also create your own individual style of interior, choosing the color and material of finishing from several offered options.

For relaxation, there are sun loungers in the bow of the vessel, as well as a terrace with a small table and swivel seats, from which you can go directly to the hydraulically operated folding transom. The Bavaria S36 COUPE saloon has a dining area with a TV and a folding table, a helm station with several seats and a kitchen with a stove, grill, oven, double sink, and storage space for food supplies. On the lower deck there are two double cabins and one shared bathroom with shower. In total, the yacht, including the crew, can accommodate up to 10 people.

For the driving performance of the Bavaria S36 COUPE, two diesel engines from Volvo are responsible, with a total capacity of 520 hp, and the fuel tank is designed for 500 liters.

The yacht can be used for going to the open sea or for long sea voyages, which is confirmed by its classification - B.Sea Craft.

If you are interested in the Bavaria S36 COUPE, contact your broker or fill out the form:
Add your yachts
Give it the exposure it deserves