Brand Varianta appeared in the depths of the shipyard Montana, when in 1966, Willie döhler first launched the sailing of Varianta 65 by Dutch architect van (E. G. van de Stadt). After a few years this boat has become a European best-seller among the yachts in GRP.

Press called Varianta 65 "Volkswagen beetle on the water" and thousands of sailors were able to enjoy the benefits of the boat with the body of a new revolutionary material.

1966-82 years the shipyard has built about 4,000 of these yachts. To year, Montana dropped the old model system and began to produce yachts only under the Dehler brand. In 2009, Dehler came under the control of >Hanse Yachts, which revived the brand Varianta, running in the production of Varianta 18 the project Henrik Hans (Henrike Gänß). In this model, lay Dehler 18 "Red riding hood" created by the design Bureau Judel/Vrolijk. Varianta 18 has been well received by the young yachtsmen, but after the sale of the 299 buildings of this model in 2014, its production was discontinued because of declining demand and low production efficiency. In the same year, the shipyard started the production of the Varianta 37 and 44.

Production Varianta focused on the areas of Hanse Group in Graysvald on the coast of the Baltic sea.

for Model Varianta 37 and Varianta 44 built as a frugal version of Hanse 375 and Hanse 430 respectively. The basis — proven hull Judel/Vrolijk, equipped with more basic equipment. Yachts have the basic interiors, the trim outside and a budget sailing wardrobe.

Varianta — strong seaworthy boat initial level at a relatively low price. At the shipyard emphasize that this range is perfect for sailing schools: these models are durable, easy to maintain and bring a lot of pleasure from sailing. Economical approach in the construction of these boats is more to aesthetic components but does not change the main boats are reliable, well managed, and have for its size with excellent speed performance.

Competitiveness Varianta confirms in regattas: in the media there are many opinions on the balance of these boats, good feedback of the steering, and low angle looked like. 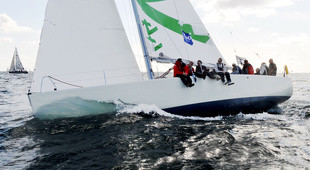 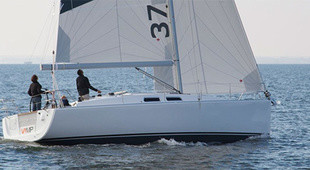 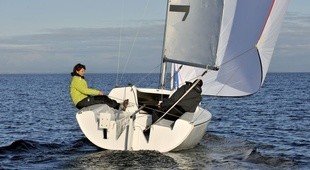