In the sailing world, the brand Gunfleet still does not cause a proper thrill — a company quite new. But it is necessary to know who creates these >yacht with Central cockpit, as eyebrow climbed up. His appearance in 2010 Gunfleet Marine is obliged most Richard Matthews — the same one that 40 years ago created >Oyster.

it was rumored that after the sale of the Oyster in 2008, 60-year-old Matthews was going to retire, but it was not there. In 2010 he founded a new shipyard Gunfleet Marine, the backbone of the team were former professionals of the Oyster. And yet Gunfleet this is not the Oyster. Based on personal experience, fanatical yachtsman Richard Matthews decided to build a special yacht. First, they should be modern, elegant and large. Second, they should be good to go in the open sea and afford to stay in beautiful places close enough to shore for safe enjoyment of landscapes. Therefore, Gunfleet features shallow draft.

Office Gunfleet Marine is located in "Marina Fox" Ipswich in the former premises of the Oyster. And the company has been in the same place where previously built Oyster on the capacity of the Windboats Marine under Norfolk. Gunfleet Marine is not engaged in a serial construction, and working with specific customers boats.

the First in 2011 Gunfleet started >43 model. She amazed everyone not only with the lifting centerboard, but also modern design, inner space and many interesting solutions to Tony Castro, who designed this and other models Gunfleet, including flagship >Gunfleet 74.

Model >Gunfleet 58, which appeared in 2015, was awarded the American Sail Magazine how Best Boats Flagship, and in Europe 58-I was nominated for "yacht of the year".

Built of fiberglass with Kevlar and carbon reinforcements, yachts with a center cockpit from Gunfleet Marine created for couples departing on a long journey, which can join a few friends.

the Concept of the yacht allows you to not just walk on the Gunfleet, and to organize life on Board.

it provides virtually everything from the spacious rooms, to well-planned and most maintainable consoles and control systems.

Tony Castro has introduced in the design Gunfleet a lot of new "chips". The pride of the yard — a system of rudders and, in fact, the post of steering the Fightdeck with a full set of necessary instruments. 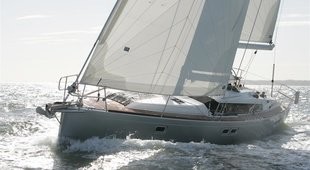 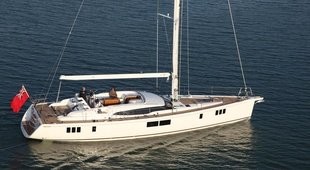