the Founder of the shipyard Wider Tilli Antonelli started his yachting career as a sailing racer, participating in international regattas, including the Admiral's Cup and Fastnet Race. Before starting his own business, he worked in several large companies that produced the sails.

In 1980, he found an investor for his business and established his own shipyard Cantiere Navale Dell'adriatico. The first yacht of the brand was born in 1981. This was >motoseller.

In 1985, together with Fulvio di Simone Antonelli has developed a new concept of open yachts — so there was the first Pershing 45. Subsequently, in 1998 >Pershing became part >of the Ferretti Group and Antonelli left the group and led by Pershing, and >Itama. In 2010, he left Ferretti and launched its new shipyard Wider, the title of which indicated that the main feature of the new model — literally expanding the cockpit. The first yacht with enclosure-transformer — day cruiser Wider 42 — became a newsmaker in wide circles, however, Antonelli on our laurels is not stopped and started in the production line of superyachts in aluminum housing. In 2014, the company also introduced a Wider 32 is a universal high-speed cruiser, which was at once a tender for superyacht Wider.

In 2012, the Malaysian Exa Limited (daughter of Genting Hong Kong) received a 50% stake in Wider, and 5 years later she >bought the shipyard. In may 2017 Antonelli left the shipyard. Prezidetna company appointed Rudiger Pallentin (Ruediger Pallentin), which simultaneously holds a post of the operating Director of the German Lloyd Werft, owned by Genting Group.

Dubai offers its clients a composite cabin >boat-tender Wider 32 and Wider 42 with a sliding body and the aluminum >semi-custom yachts up to 165 feet.

Composite yachts are built Wider in the Castelvecchio di Monte Porzio on the production site with a total area of 10 thousand m2, the superyacht industry is concentrated in Ancona, where the shipyard is still 2.5 thousand m2 of production area. The company's head office is also located in Ancona.

Wider one of the first in the sector of superyachts began to build ships using the diesel-electrical installation together with the azimuthal columns. This combination of powertrain and propulsion system provides the most economical fuel consumption, low noise and more interior space ceteris paribus. Important detail — the ability to order both the yacht and the tender to her in the same style decision. Superyacht Wider are equipped with a garage type drive-in. Wider 42 is equipped with a side sliding body and propulsion system semi-submersible propellers Arneson. 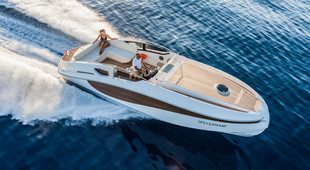 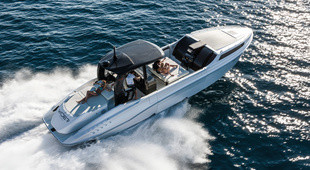 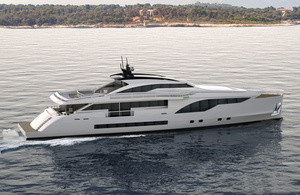 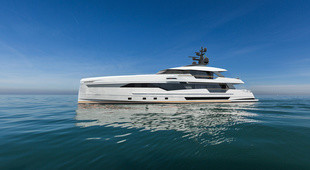 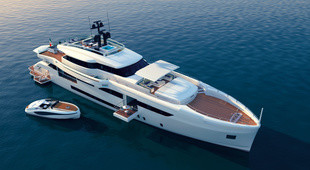 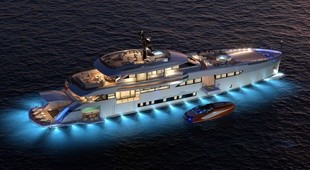