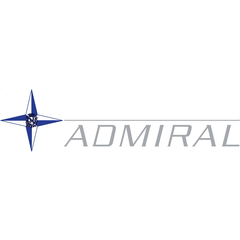 In the 50-ies of the last century by the Italian shipyard Cantieri Navali Lavagna built wooden yachts under the brand Arcobaleno Super and President, but in 1966 with the brand Admiral went to work with steel and marine aluminum. Since then, the company launched the 136 large yachts, and today the capacity of its plant in Tuscany allow you to create exclusive vessels up to 150 m.

In 2011, Cantieri Navali Lavagna went to new owners and now with the >Tecnomar, Frank Muller Yachts and Nuovi Cantieri Aouania she works under the roof of The Italian Sea Group. This Association along with the involvement of eminent design bureaus like Vripack brought the already popular yacht Admiral on a global level, as confirmed by the highest awards World Supeyacht Awards. Many models are equipped with a fleet Admiral chassis >gliding or transitional, but no less attention is paid and >displacement ocean explorers.

the Shipyard is actively cooperating with the Monegasque company >Nakhimov and their design Department Dobroserdov Design. The result of their collaboration became more hybrid projects from 40 to 55 meters (for example, a 40-meter yacht series >Impero).

In 2014, the shipyard has opened a line of Admiral Sail, which produces >the sailing yacht is made from fiberglass and light alloy working together with designer Philippe Briand.

In 2015, is one of the few Italian shipyards with a stable financial position.