Friends from College, engineers Stephan Constance and Xavier Desmarest shared a common dream of a long journey under sail. To implement the planned you need to find the right yacht as from the point of view of the limited budget, and a number of other parameters. After a long search and questioning other travelers, it turned out that the yacht that meets all the needs of dreamers, simply does not exist. This was the reason for the creation Allures Yachting in 2003.

Specialization of shipyard steel >aluminum boat with a centerboard. Already the first model of the Allures 40 has gained broad popularity in 2005, was named "Boat of the year" in France. In 2006, the brothers Peyron ordered Allures 44 for an expedition to Greenland. In 2009, the shipyard was awarded Bateaux Bleu awards.

every year, the turnover of the shipyard has doubled, and the logical step was the extension. In 2004 was established the management company of Grand Large Yachting, which was engaged in business development. In 2007 was acquired by the Outremer shipyard that produces cruise catamarans. This was followed by the Garcia shipyard, specialized in high-end aluminum yachts of large size and manufacturer of aluminum boats for fishing Aluboat. In addition, were open service, Charter and brokerage direction. 2013 Grand Large Yachting is actively working in the U.S. market. In 2016, the company acquired the odious American manufacturer chic >catamarans Gunboat.

Range of models Allures traditionally does not strike wide. The company is betting on opportunities in customised yacht. This was made possible thanks to the robust enclosures made of aluminium, which does not require additional reinforcement bulkheads. In addition, its own design office of the shipyard Cabinet Berret Racoupeau are ready to design any configuration of internal space and cockpit.

a Feature of the Allures yachts is not only aluminum housing and the presence of the centerboard. Here it is in the details. All yachts Allures a fiberglass superstructure to reduce weight and improve appearance. Managing centerboard is made using a gear manually using the winch. Here do not use hydraulics for reliability and simplicity of design. Themselves swerty are not ballast, their weight is several hundred pounds. The ballast in the boat stowed around .

the Shipyard Allures is based in the North of France in the town of Cherbourg. With the development of the Grand Large Yachting in the conglomerate there are other shipyards. In particular, the aluminum body manufactured by the shipyard Garcia in Caen, and installation of GRP superstructure are produced in Cherbourg. 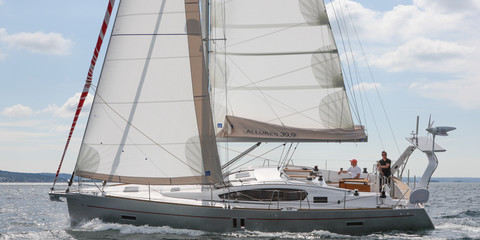 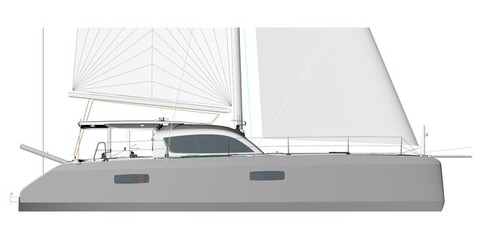 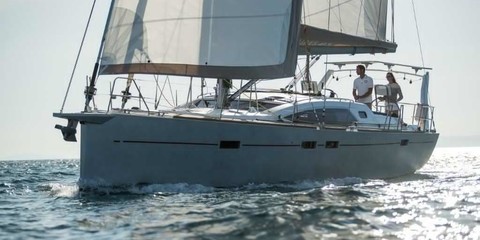 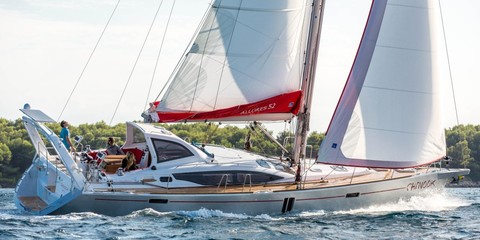 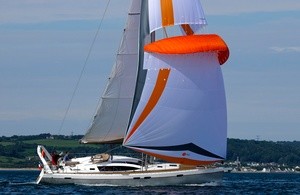 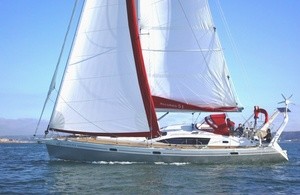