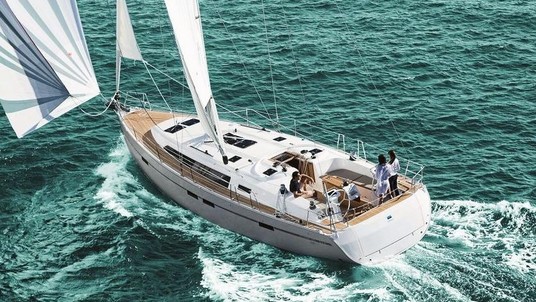 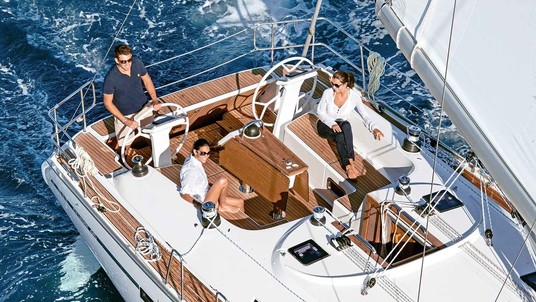 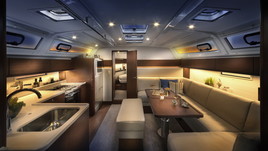 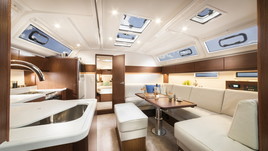 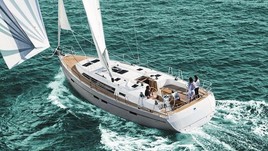 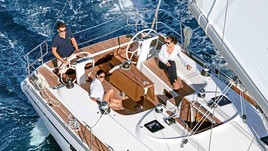 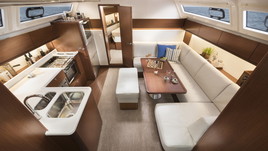 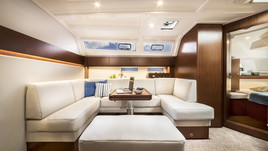 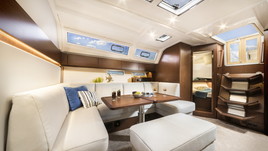 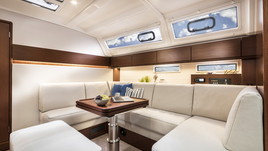 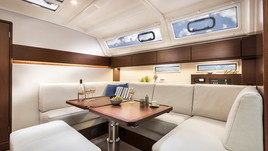 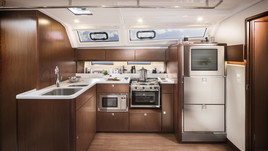 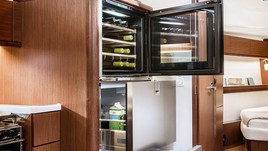 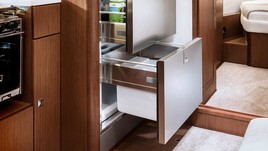 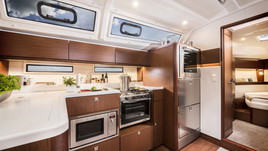 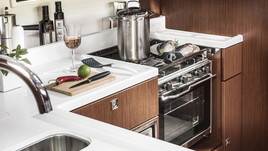 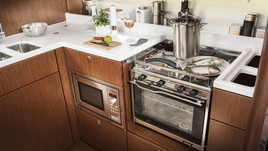 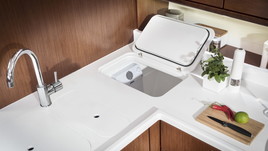 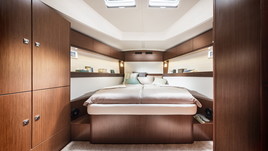 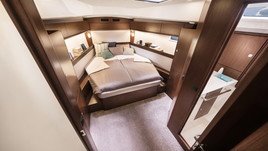 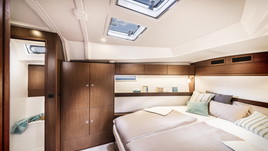 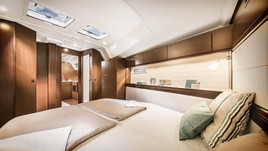 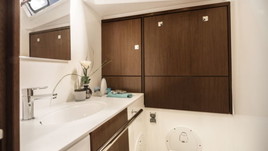 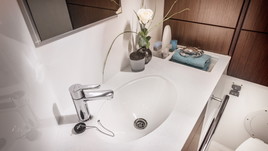 The debut of the Bavaria 46 Cruiser STYLE sailing yacht took place in 2015 at the Boat Show in Dusseldorf. The model was created on the basis of the famous Bavaria 46 Cruiser, only with enlarged cabins, a larger cabin area and ceilings more than two meters high. The designing of the vessel was carried out by the design studios Design Unlimited and Farr Yacht Design, which this time focused on the interior of the yacht and offer the customer several options for planning the cabin at once. The customer is also available more than five trim materials and a large number of colors, which allows you to fully customize the yacht for yourself.

For relaxation, there is a cockpit with a folding table and seats in the stern of the vessel, wide sunbeds on the roof of the superstructure, as well as a folding transom with hydraulic drive, which, thanks to special fastenings, can be used as a tender garage. In the cabin of the yacht there is a dining area for five people, a small workplace and a kitchen with a refrigerator, oven, stove, sink, as well as a place to store food supplies. The yacht has three double cabins with a separate bathroom in each of them. The owner’s cabin at the same time received a large double bed, a wardrobe and a separate bathroom with a shower. The yacht has two control posts, which allows the skipper to choose the position with the best visibility, regardless of tack. The customer is also available with a tender garage in the stern of the vessel.

The Bavaria 46 Cruiser STYLE model is equipped with a diesel engine from Volvo, with a capacity of 60 hp, and the fuel tank is designed for 260 liters of fuel.

The Bavaria 46 Cruiser STYLE has been classified by A.Sea Craft and can be used to sail on the open ocean or for long sea voyages.

If you are interested in the Bavaria 46 Cruiser STYLE, contact your broker or fill out the form:
Add your yachts
Give it the exposure it deserves