139 yachts for rent in Germany

Germany has such a large number of equipped ports and equipped with all necessary marinas that it can rightfully be considered one of the best places for water sports.

2yachts offers attractive yacht charter deals in Germany , a central European country with access to the North and Baltic Seas. Contact our specialists to plan the most interesting travel route and make it vivid and memorable. The climate in Germany is temperate, marine in the north and continental in the south. Moreover, it may be interesting for tourists to rent yachts in Germany not only on the coast, but also on the country's full-flowing lakes, which are distinguished by clean water, the presence of sandy beaches and well-groomed coastal territory.

The coast of the Baltic Sea is dotted with small islands, romantic towns and fishing villages. From the ports of Germany, you can safely go to learn the beauties of neighboring countries - Sweden, Denmark or Norway. As a rule, yachtsmen begin their sea voyage in Ruegen (the largest island in Germany) - plus to its convenient location this island in the north-east of the country has a large number of excellent sanatoriums and resorts.

The most popular places for organizing trips around the Baltic expanses among yachtsmen are Stralsund, Hamburg, Lübeck, Flensburg.

The Breguet resort on Rugen can offer entertainment for every taste - from swimming on the beaches to fishing and various kinds of sea sports . In the past - a fishing village, in the 19th century Breguet had the status of one of the richest in Rugen.

Lauterbach Resort on Rügen is a typical fishing village with a steep cliff, from which you can see a striking view of the sea, the port and the island of Wilm.

In Wendtorf, located on the territory of Schleswig-Holstein and rich in its history of shipbuilding and navigation, you can admire the wonderful sea views with powerful portal cranes in the shipyard, and in the city you can find many hotels to stay.

The Warnemunde resort on the Baltic coast is one of the most popular tourist destinations in Germany. A good climate in the city is facilitated by a comfortable climate, a cozy beach and transport accessibility. In Warnemuende, you can have a cheap meal in one of the many establishments located on the boardwalk and near the station. One of the sights of the city is the old lighthouse, 37 meters high, built in 1897, from the observation platform of which you can explore the surroundings.

The city of Flensburg on the coast of the Flenburg Fjord is the northernmost city in Germany, and possessions of neighboring Denmark pass 500 meters from its borders. Flensburg connects Scandinavia with the rest of Europe and has the status of the “North Gate”; tourists are attracted by well-maintained restored buildings and a picturesque bay . It is known that the oldest German brewery is located in Flensburg, which today produces many types of beer. In Germany, more than 300 types of bread and more than 6 thousand varieties of various beers are produced.

The small town of Heiligenhaven is located in Schleswig-Holstein and is known for its annual Wine Festival, you can also visit the old 14th-century church, the Town Hall and medieval houses, and enjoy views of the harbor.

The city of Greifswald, located on the shores of the bay of the same name, dates back to the 13th century and can attract the attention of tourists founded in the 15th century by the Greifswald University, unique monuments of brick Gothic architecture , the ruins of the Elden Medieval Monastery, a zoo, a swimming pool, a theater, a local history museum and other attractions.

It is noteworthy that the yachting season in Germany lasts throughout the year, but the most popular summer months are from May to September. The most interesting events are the Kiel Sailing Week, as well as the Störtebeker Festspiel Pirate Festival, held in Ralswick on the legendary island of Rügen.

The yachting infrastructure in Germany is very developed, so the rental of pleasure boats is easy and fast, and getting to the coast is very easy thanks to the developed road network. Vacation on a yacht opens up new opportunities, freedom of new discoveries and travel. During a holiday on a rented yacht in Germany, you can visit one of the many sandy beaches, go to fishing villages, try national dishes or go sightseeing in ancient cities on the coast.

To control the yacht, you will need a skipper license, so if necessary, you can hire a skipper to rent a yacht in Germany - our experts will select the most suitable services according to your wishes. Visit Germany - a country with ancient history, picturesque nature, unique architecture and convenient marinas with European service! 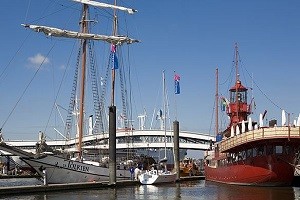 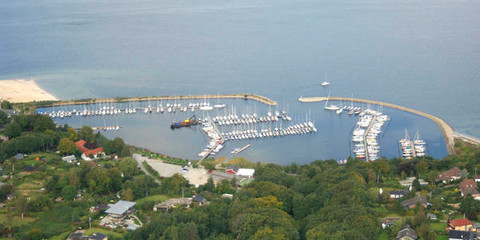 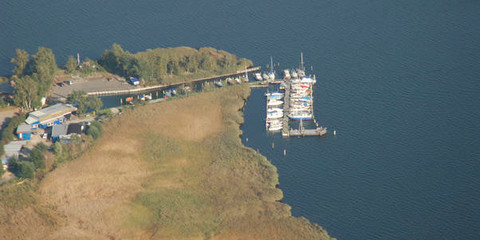 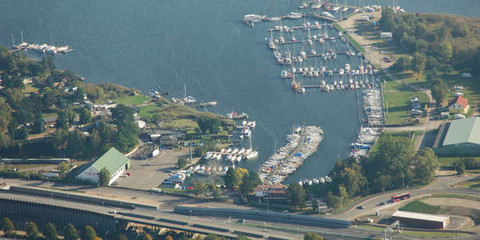 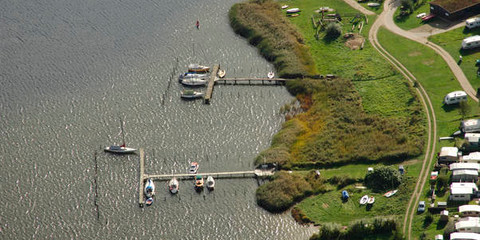 Sontschau Marina
Add your yachts
Give it the exposure it deserves