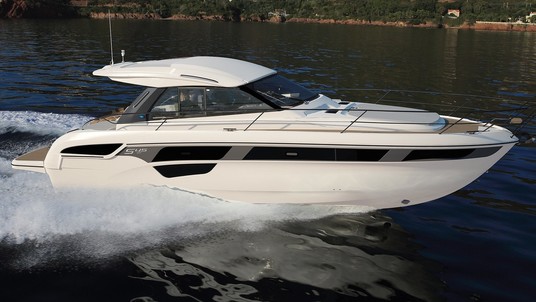 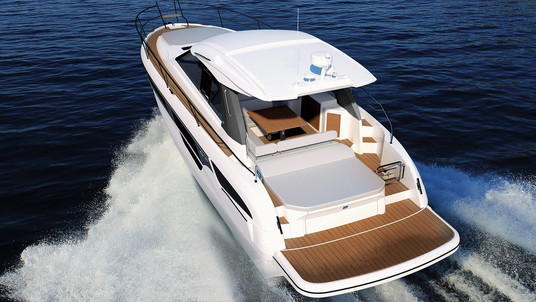 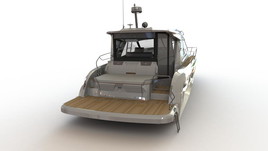 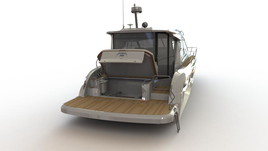 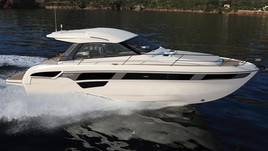 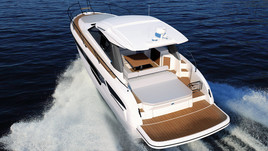 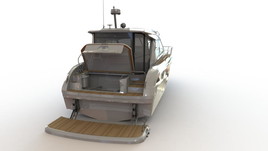 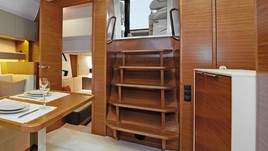 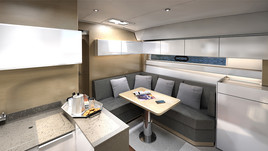 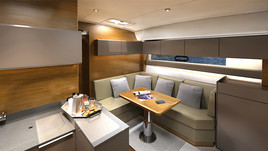 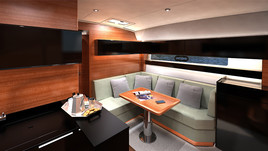 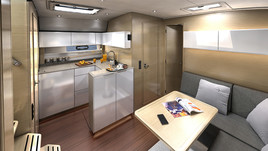 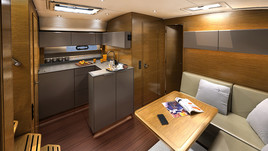 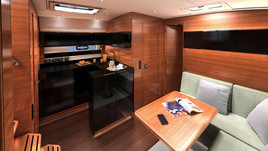 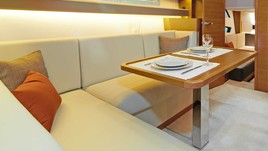 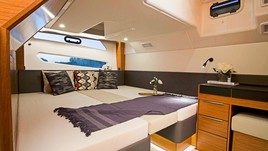 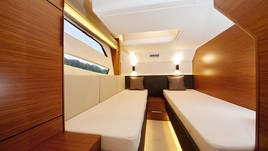 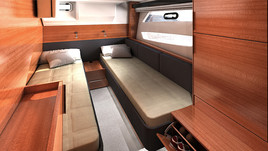 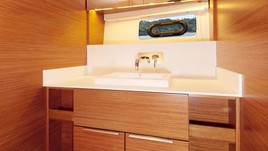 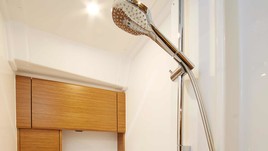 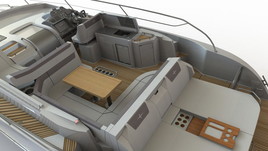 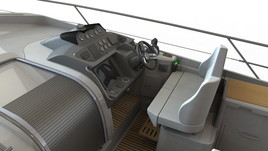 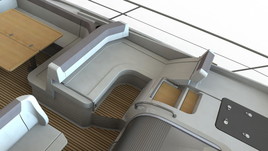 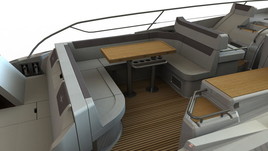 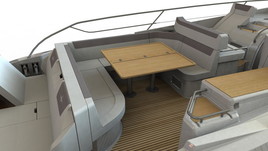 The 14 meter Bavaria S45 HT yacht made her debut in 2015 at the Yacht Show in Dusseldorf, Germany. The ship was designed by the shipyard's design bureau, together with renowned master of design Marco Casali and his design bureau Too Design, which also worked with Design Unlimited. The yacht received a well-thought-out arrangement of cabins and convenient transitions between them, which makes movement around the yacht more comfortable and safe. The hull, on which the engineering company Insenaval SL was working, was made of lightweight fiberglass using carbon fiber, which significantly reduced the total weight of the vessel and as a result, increased its maneuverability. The interior is available in three finishes: CLASSIC in tropical Bose wood, MODERN in teak and STYLE in oak.

The yacht has two or three double cabins with a private bathroom and shower in each of them. The salon has a spacious dining area with a U-shaped sofa, a fold-out table and a TV, as well as a kitchen with a stove, sink, oven, grill, refrigerator and storage space for food supplies. For relaxation, there are wide sun loungers at the bow of the vessel, a small dining area on the main deck and a deck with sun loungers at the stern of the vessel. Directly from the terrace, you can go to a folding hydraulic transom, which opens up easy access to the water and which, thanks to special secure fastenings, the Bavaria S45 HT can be used as a tender garage.

The Bavaria S45 HT is equipped with two diesel engines from Volvo, with a total capacity of 750 hp, and a fuel tank designed for 1500 liters of fuel.

The Bavaria S45 HT has been classified by B.Sea Craft and can go out to sea.

If you are interested in the Bavaria S45 HT, contact your broker or fill out the form:
Add your yachts
Give it the exposure it deserves