The cockpit area has a typical aft layout for a boat of this design. The cosmetic condition appears above average in all respects. Painted surfaces are in as new condition. All bright work has been redone as part of the re-build. Random percussion testing revealed no areas of decay or delignification in the sole or seating areas. Access hatches and sliders are built-in under the seating for access to small storage areas. The engine controls are located aft and operate freely without binding. Steering is by tiller direct. There are new instruments for wind/ depth and navigation and wet compass installed in the cabin aft bulkhead. All the instruments appear to be in good condition and powered up properly.

The auxiliary engine is a new Yanmar 3 cylinder diesel power plant. The engine was updated as part of the refit over the past year. The engine appears to be properly mounted and secure. The engine cosmetics are as new. The engine shows above normal maintenance practices have been adhered to. All belts and hoses appear in serviceable condition. The transmission shifted properly. Oil was at proper levels and showed no visible contaminants.

The system is a cold and hot water setup and consists of two stainless tanks located under the salon settees. The tanks appear to be updated from original. The system feeds a galley and head sink and stern shower. The plumbing for the system appears well found where accessible for inspection and appears to have been updated. A pressure water pump is located under the galley and was fully operational. A new hot water heater was installed and operational. The system shows recent updating as part of the overhaul and was fully operational.

Four were located in the hull. They are ninety degree type valves from various manufactures. All appear secure and in serviceable condition.

The head has been updated with a Raritan electric marine unit. The head appears in good serviceable condition. All plumbing runs have been redone and appear secure and serviceable where accessible for inspection. A holding tank was installed and was properly plumbed and appears to be in compliance with USCG regulations.

A new propane locker, tanks and control system have been installed to serve the on board LP stove. The locker appears well found and properly vented. Plumbing runs appear secure and in as new condition. The safety shutoff system for the stove was found to be in good operational condition.

Layout was typical for this class of boat. The battery banks are equipped with maintenance free batteries installed aft in a battery storage box. Main safety cutoff is installed in the cabin on the aft bulkhead. The majority of wiring runs throughout the vessel have been updated as part of the recent refit. A new Blue Seas breaker panel and updated battery safety switches have been installed and were fully operational. A new galvanic isolator was installed as part of the re-build and update.
All circuits are protected by trip free breakers or in-line fuses that appear in good serviceable condition. The system was powered up and interior lights and electronics were checked and found operational.
A new Magnum Inverter/charger was installed and was found properly installed and overload protected. The unit was fully operational.

The hull construction is edge glued cedar and mahogany strips over oak frames. It was reported that the hull was re-fastened several years ago. The general overall condition of the hull appeared above normal for its age. It was reported that the hull was double sheathed during the refit using the Cutts process of plank and Kevlar through cord for strength. Paint work and bright work are in as new condition needing nothing. The hull below the waterline received the same rebuilding process as the topsides. The hull appeared true when viewed fore and aft, and the vessel appeared to float on an even keel as evidenced by the waterline mark. There was no indication that the hull had been modified or changed in any way from its original design. The hull had been completely rebuilt over the past year as part of a major refit and was well found and in good repair overall.
The rudder is a trailing outboard design. Random testing of the rudder showed it to be well found. Mounting hardware is cast bronze and appears well found and in good serviceable condition.
The keel is reported to be lead and appears well found. Accessible keel bolts appear in good condition. It is apparent that several of the bolts were replaced at some time in the past.
Al through hull fittings and transducer are well found.
The shaft and prop are bronze and appear to be in good serviceable condition. The cutlass bearing is tight and in serviceable condition.

The decks are cedar plank running athwart ships and cabin superstructure is cedar and mahogany. The cosmetic condition of the decks and house appear above normal having just been redone with new overlay. The paint is as new. Random percussion and scribe pick testing of the decks and superstructure revealed no damage issues or decay. A mast tabernacle is installed and appears well found. The mast is deck stepped and supported by a king post running to the keel. All supports appear well found for the mast step.
All lifeline stanchions are well found with new life lines secure. All wood trim above decks appears to be in good condition having been recently refinished. All deck hardware appears to be original cast bronze and newer deck winches. All hardware and fittings appear well found

The main spar and boom are wood constructed. A whisker pole is also on board and is of similar construction. The mast and boom were well found. The bright work finish on the spar and boom appears good with no visible damage other than a small surface gouging in the mast below the spreaders from age and typical wear.
The standing rigging is 5/16"wire rope that appears in good repair. All end connections are well found with no visible rust or cracking at the furls. The mast attach points are bronze strap and appear well found with no appreciable wear or damage. The deck fittings and turnbuckles are bronze and appear well found. Chain plates are solid bronze strap bolted to hull frames for their full length. The plates appear well found and in good repair where accessible for inspection. The areas in the deck planking area not accessible but appear to be properly sealed. The majority of the running rigging has been updated and was well found. All appear in serviceable condition. The two cockpit winches and mast winch have been updated with Harken self tailing units that appear to be in good serviceable condition. All sails have been updated as part of the overhaul. Sails were stored in place with full covers. A roller furling self tacking head sail was added at the rebuild that was well found and fully operational. All sails appear in as new condition. Running rigging is in excellent condition and leads to cockpit.

The interior layout is fairly standard for a cruising boat of this design incorporating a forepeak bunk, mid head and aft salon with small galley and side settee's. The general overall condition of the interior appears above average for the age of the vessel and showed good care.
The interior surfaces had been recently refinished. All wood surfaces and trim are in good original condition and are finished in bright work and oil rub. All upholstered surfaces were redone to be period correct. The headliner and bulkhead areas appear in good repair with no evidence of leaks around the deck hatch or port lights. There is a small galley to port mid ships with a new LP gimballed stove that appears well found and was in serviceable condition with proper safety shut off. A cooler box with new Sea Frost system was installed as part of the rebuild.
There are storage and access panels throughout the interior. All doors and panels appear well found.
The bilges throughout are clean and well maintained. 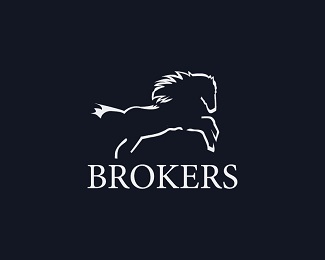