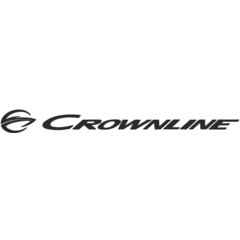 The American shipyard Crownline was founded in 1991 when the 18-foot bowrider 182 BR was created in Whittington, Illinois. Manufacturing was located in small areas, two years later a second plant was opened in West Frankfort, in Franklin County, Illinois 54 thousand square meters. In 2008, operations were suspended due to the financial crisis, but a change of ownership after a year helps to cope with it.

In the manufacture of boats, high-tech materials certified by the NMMA are used, fiberglass hulls are impregnated with Non Rot, which prevents rotting and mold, and items of equipment suitable for use in the marine environment are selected. At all stages of construction, control is carried out, sea trials are carried out on a nearby lake. The customer can choose the engine, gelcoat color options and design, seat configuration.

10 new Crownline models launched in 2019, with the same number planned for 2020. Adding three performances each in the SS Sports Series and the XS Series ranging from 27 to 29 feet, the 290 XSS debut at the New York Boat Show. The new model will be presented in the Surf Wake line, in the Surf series - the 265 SS. Three Funseeker fishing boats with center console 220, 230 and 250 SS will be released, and it is planned to increase this series to 9 boats.

The company's dealer network includes about 150 enterprises around the world, more than 60 thousand boats have been manufactured in total. Crownline hulls are backed by a lifetime warranty. Comfortable and speed boats are suitable for recreation, travel and fishing.

If you are interested in the Crownline, contact your broker or fill out the form:
Add your yachts
Give it the exposure it deserves