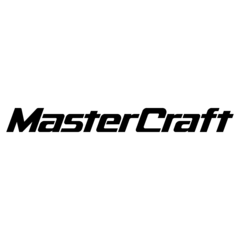 Mastercraft was founded in 1968 by water ski instructor Rob Shirley. When using the tugs available at that time, he was dissatisfied with their speed and progress - this prompted Rob to develop his own powerboat project, that would meet his sporting requirements.

The company's first production started in a small barn - Rob worked there on weekends developing a new tug that could reach high speeds while maintaining a smooth ride. As a result, the first boat model - Mastercraft Skies was developed. She successfully debuted at exhibitions, which allowed her creator to develop production and develop twelve more models of the Skies line, whose representatives regularly performed at various competitions.

In the following years, the company's production was actively developing - in the city of Vonor, in the state of Tennessee, a large plant was built, which produces several thousand ships a year. It also houses the main office of the shipyard - along with this, the brand has more than 130 dealerships located in 30 major countries of Europe, America, Asia. The shipyard manufactures recreational bowriders (XT and XNT lines) and sports tugs (X-lines) for sporting events.

The company monitors the feedback from the athletes who use its boats and is constantly improving the design and functionality of its boats in order to make them more comfortable and efficient. In 2016, the DockStar control system was developed and patented, the principle of which is to use two additional keels installed at the bottom of the vessel to improve the maneuverability of the vessel. Also, this system provides the ability to control the boat when moving in reverse - it is installed on models manufactured since 2017 (XT-22, X-Star and others).

Each vessel is equipped with an electronic control system with moisture protection and touch panels. Mastercraft ships are equipped with compact cabins, equipped with all the amenities necessary for a comfortable stay.

If you are interested in the Mastercraft, contact your broker or fill out the form:
Add your yachts
Give it the exposure it deserves