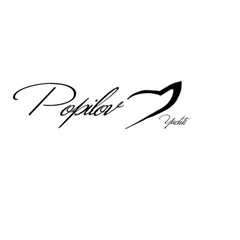 Russian shipyard Popilov Yachts have appeared recently, in 2012, but already quite well-known due to proper marketing. The company strives to take its rightful place in a very popular niche today cheap steel yachts trawler type.

"We build yachts that are not "luxury" and "friendly" — for those who have earned their money and want to buy a house on the water in order to live and travel rather than compete with neighbors in the Marina, whose boat is more expensive," says Mikhail Titov, CEO.

it all began with the fact that the Russian businessman Andrew, an drank, controlling the construction of their yachts abroad, so imbued with the process that he wanted to build a yacht. Initially, the accommodation options of production were very different, but the choice eventually fell on Crimea — region, inexpensive to produce, staffed, where it is possible to work under the open sky almost all year round.

Work at the shipyard in the city of Sevastopol are in the mode full cycle, which positively affects the fabrication time (less than a year on each boat) and quality control. As a private furniture manufacturing company a reason to offer the customer the customization of the interior decoration of the yacht. Also it is possible to produce yachts under the order. While the stocks of the shipyard came down quite a bit the yacht, but the production capacity can collect up to 6 buildings at the same time. It probably will if management deems it cost effective.

today, the shipyard produces 3 models >steel >displacement yacht 16 and 20 metres long. This court >forwarding class, with improved seaworthiness and autonomy. In early 2018, the company announced the launch of serial production of composite boats with a length of 9 meters, with wide possibilities for installing optional equipment.

Yacht Popilov have an attractive price — they are 2-3 times cheaper than European counterparts. The court sufficiently reliable and simple to operate, with spacious cabins, furnished.

"We design our yachts with the possibility of living on Board" — concludes Mikhail Titov.

the Company has also launched her own line of clothing and accessories for yachting. Is fast shaping up in the boating business causes sincere respect. 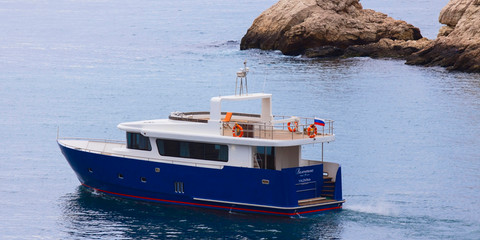 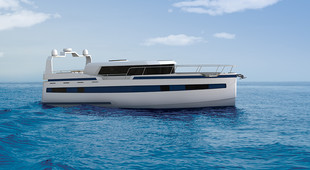 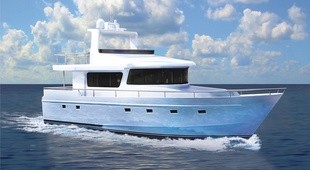 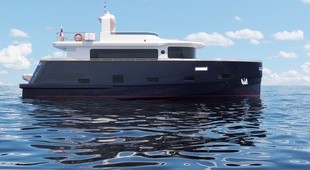 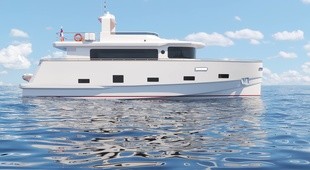 If you are interested in the Popilov Yachts, contact your broker or fill out the form:
Add your yachts
Give it the exposure it deserves