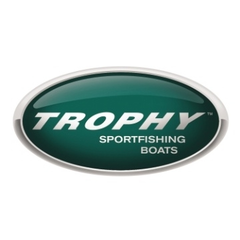 After joining in 1986 the world famous company Bayliner the famous Brunswick, management of the Corporation decided to allocate one line of the shipyard into a separate brand. So entered the market a new brand of fishing boats Trophy.

For two decades the company has successfully mastered not only the American market, but also became famous far abroad. The onset of the crisis heavily influenced shipbuilding industry, and Brunswick was forced to look for solutions to stay afloat.

to cease production boats under the brand Trophy in Brunswick was said in the midst of the crisis in 2009, but the active support of the dealers helped extend the life of the brand until 2011.

In the pre-crisis years the boats produced in many factories in the US, but then the issue of the boats started to reduce and for the needs of the brand, identified only one company in the (state of Tennessee).

the first production employed more than 200 people, and by 2010, the company reduced the staff to 90 employees.

the Shipyard has released a fast reliable >boat >with an outboard motor with a length of from 5.5 to 8 meters. For lovers 1-2 day stay there were variants with . Also in the lineup was >boats center console that provide the fisherman the maximum flexibility while fishing.

Trophy Boats are characterized by high safety, despite its small size boats of the shipyard was to go to sea. The company was confident in the quality of products, so the manufacturing defects of the body has spread warranty. 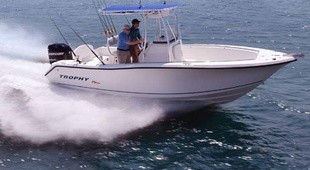 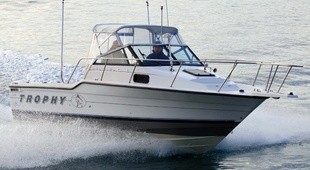 If you are interested in the Trophy, contact your broker or fill out the form:
Add your yachts
Give it the exposure it deserves