0 yachts for rent in Turku

The Turku Archipelago is a vast network of islands in the Baltic Sea, near the city of Turku in southwestern Finland. In the north, the archipelago reaches the Gulf of Bothnia, and in the south, up to the Gulf of Finland. The Finnish archipelago is very demanding to navigate and is a real challenge for sailors.

With the help of our website, you can choose the ideal option for yacht charter in Turku, to search for suitable offers, select all the criteria you are interested in, and if you need additional help, our consultants are always ready to answer any of your questions.

Renting a private yacht is a common practice in Turku, but some companies also offer a yacht rental option with permission to drive a boat. To rent a yacht in Finnish waters, I would recommend that at least two people with sailing and navigation skills be on board. When sailing to Turku, navigation usually takes a lot of time, so ideally you should have one experienced sailor, and the other at that time will be engaged in navigation.

The Turku Archipelago is an extensive network of islands in the Baltic Sea, near the city of Turku in southwestern Finland. In the north, the archipelago reaches the Gulf of Bothnia, and in the south - to the Gulf of Finland. The Finnish archipelago is very demanding on navigation and is a real test for sailors.

Turku is located northwest of Hanko and can be reached by sail, leaving behind many wonderful islands. Founded at the beginning of the 13th century, Turku is Finland 's oldest and fifth largest city , and, as you recall, was the country's initial capital. The location of the first Finnish university, it continues the educational tradition with two major universities. In the summer months, ship and ship cafes come to life on the banks of the Aura River, as well as various festivals, including Baltic jazz and medieval festivals in July.

The Luostarinmaki Craft Museum is a great pleasure thanks to its authentic collection of wooden buildings with shops and workshops selling traditional handicrafts. Take a tour or just experiment yourself.

History buffs will enjoy the castle and the cathedral located in Turku. The 700-year-old Turun Tuomiokirkko (Turku Cathedral) remains the seat of the Archbishop of Finland . It was partially destroyed by fire in 1827, but was restored in 2000 and celebrated its 700th anniversary. The cathedral houses a museum that depicts medieval church vestments, silver bowls and wooden sculptures.

There are several interesting bars in Turku that are housed in historic buildings. The former purpose of the buildings gives rise to the corresponding names: New Pharmacy (in the old pharmacy building), Old Bank (located in a former bank ... and offering 120 brands of beer), School (in a former school for girls built in the 1880s) and, what not less important toilet. Yes, it used to be a public toilet. You just had to find out, right?

Ideal for sailing in Turku

Discover the best sailing areas on a yacht cruise.

Turku in the summer is: clear blue waters, green forests and vast meadows, countless islands and islands between them, rocky islands with many rocks, distant villages, small marinas, often quite well-equipped marinas - skerries in the north of the Baltic Sea are a dream for many sailors.

The most famous and largest of the Finnish archipelagos are Åland and the Turku archipelago. The Åland Islands are an autonomous province of Finland between Sweden and Finland at the entrance to the Gulf of Bothnia. The archipelago spans over 6,500 islands and skerries. Swedish is the only official language here. Transportation and tourism are the most important sources of local income . The islands are located 10-60 miles from the main land.

The best time for swimming is mid-summer from June to mid-August with fairly soft breezes . Later you will encounter heavy autumn storms. Officially, the sailing season in Turku begins in May and lasts until September. Local culinary specialties are venison and northern fish.

Day boat rental is very popular in Turku. A number of companies here serve short-term and long-term water transport. The main customers for daily rentals are companies that organize events for their employees or customers. Another segment of clients is private individuals who organize special events such as birthdays or weddings on the sea, or simply want to make a day trip on a beautiful summer day.

We can offer yacht charter in Turku for a day, even in the smallest towns and villages along the coast.

Travel usually includes meals and, possibly, a special program. We are happy to organize everything based on the needs and wishes of the client. 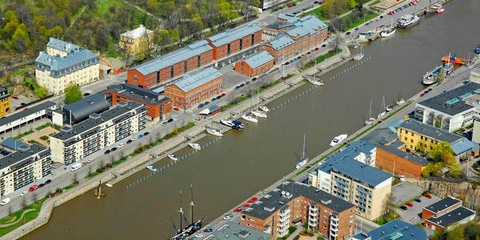