56 yachts for rent in Monaco

Monaco - one of the most glamorous and brilliant places on earth - just two square kilometers, complete with a magnificent deep blue sea, exotic flowers, palm trees and a dramatic cape that protrudes over the Mediterranean Sea. Monaco is the second largest country in the world. But not only the natural beauty makes him so seductive. Here you will find extravagance, design in everything, luxury, and wealth, wealth, wealth. Monaco is not a member of the European Union, but this is not noticeable when visiting. There are no border formalities with France, and use the euro. Gather your things for pleasant weather and holiday in sunny luxurious Monaco.

Your first stop is Monte Carlo, where comfort and generosity rule. This is the area everyone thinks of when they think of Monaco. Not only the artificial splendor, but also the Monte Carlo’s natural beauty is breathtaking . It is located on a cape with fantastic and incredible views of the sea and the port of Monaco. For dinner, head to one of the three Michelin-starred restaurants and then stroll along Princess Charlotte Boulevard or Moulins Boulevard. Both offer luxury boutiques. If you are not tired, do not forget the opera house.

The oldest monarchy in the world in Monaco calls itself the House of the Prince. Founded in 1297 by the Genoese Grimaldi family. It was originally built in the 13th century as a strong defensive fortress, was chosen because of its location high above sea level on the beautiful Le Rocher Peninsula. From generation to generation, the palace has become what it is today . This is a magnificent palace in the style of Louis XIV. Visitors can inspect state apartments when the royal family is absent. Inside you will find a gallery with 15th-century frescoes, Mazarin wood paneling, a blue room covered in blue and gold, and a throne room with a Renaissance fireplace. At the gates of the palace is a traditional change of the guard. Every day at 11:55.

At an altitude of 90 meters above sea level, on Le Rocher, is the Museum of Oceanography, the world's oldest aquarium. By order of Prince Albert I, opened in 1910. The Museum of Oceanography is known worldwide for its exhibits on oceanography and marine science, several discoveries of Jacques Yves Cousteau are demonstrated. But the real highlights. There are three aquariums with more than 6,000 specimens - these are rare species that you will find in all sizes, shapes and colors. You will love Turtle Island, where you can find out how the sea urchin behaves or even keep little shark. The last part is the shark lagoon. It is about 450 cubic meters, where you can see the most unusual colors of the coral reef and the many creatures that live there.

Roman-Byzantine Cathedral, in which all the princes of Monaco are buried. It is made of stunning white stones brought from La Turbi, you can visit the tombs of Prince Rainer and Princess Grace. Older treasures, such as the altar of Louis Breadating, which dates from the 16th century, and Carrar, episcopal throne of white marble . Remember to listen to the great organ that is regularly used for concerts and religious services. From September to June, you can listen to the Masses Les Petits Chanteurs de Monaco and the Cathedral Choir every Sunday.

Les Jardins Saint-Martin is close to the Oceanography Museum and overlooks the calm blue sea. There you will see a statue in honor of Prince Albert I, a respected naval explorer. Gardens stretch along the coast to the Le Rocher Peninsula and abruptly break off over the sea, exotic species thrive under the generous Mediterranean sun . These gardens are ideal for walking. There is a complex system of paths that cross rocky slopes and ridges. Designers did a wonderful job of adding fountains, ponds and small viewing platforms with beautiful and amazing views.

Every year in Monte Carlo, in the last week of May, the famous Formula 1 Grand Prix takes place . Begins on Albert I Boulevard, turns towards Place du Casino, and then around a difficult turn in front of the Monte Carlo Fairmont. This is the only car race that runs through the streets of the city. This is one of the most popular sporting events in the world. Despite the narrow streets, the race continues every year according to tradition. The atmosphere of the race is worth a visit. Tie the Grand Prix to the Cannes Film Festival on the nearby French Riviera. It will also be held in May.

The luxurious public square Place du Casino houses the Monte Carlo Opera House. This is the most luxurious area - with palm trees, an impressive fountain and a terrace with great views of the coast. The opera house perfectly complements the surroundings. Built in 1878 by the same person who designed the no less famous opera house in Paris. The auditorium is decorated with lush red and gold, beautiful frescoes and stunning sculptures. The opera season runs from November to June, offering the classics of Rossini, Mozart and Puccini.

Monaco harbor is filled with yachts. Port de la Condamine, built in the shape of a square in 1926 and is designed to accommodate a large number of luxurious ships - even the prince puts his private ship here. The yacht club opposite the marine has more than 1000 members from around the world. Races and festivals are held throughout the year. Take a stroll around the port area and stop for a meal in the outdoor cafe or restaurant. You can ride a catamaran in Monaco to see the amazing coastline.

Created by Prince Rainer III as a tribute to Princess Grace - The Rose Garden. It has been open since 1984. Located in the park of Fonviel, it occupies about four hectares. There is a lake with palm trees, and a beautiful olive grove. The park has 300 varieties and more than 8000 rose bushes. If you are a garden lover or a rose lover, each rose has its own QR code. Relax on the many benches in the park, admire the sculptures, stroll along the many paths and just relax in this calm environment.

Monaco-Ville still has its own small medieval lane. This is from the time when he was a stronghold of the Grimaldi dynasty. You can get there by Mallorca Ramp, 16th century red brick walkway . A walk takes you to the statue of the late Prince Rainer, looking down at his beloved country. Get ready to go climbing, Monaco Ville is located on top of a large rock.

Once a military fortress of Fort Antoine, and now an open-air theater, is located on the north-eastern outskirts of Le Roche. Enjoy warm summer evenings and incredible views under the starry sky. There is a place for 350 people, and all the performances are in French. Come early to enjoy the views of the coastline of the French Riviera. It extends all the way to Italy.

Saint Devot Chapel - This Roman Catholic chapel dedicated to the patron saint of Monaco dates from the 11th century. It underwent a major renovation over the course of a century, but suffered damage during World War II. Traditionally, after the wedding ceremony, the bride of the prince of Monaco will lay his bridal bouquet in the chapel.

There is no airport in the country, the nearest is Nice airport. A bus runs from him to Monaco every hour (45 minutes, 15 euros). In addition, to get to Monaco you can use other airports (Turin, Milan, Paris) - from any of these points to Monaco a few hours by train. A railway line passes through the country, connecting Italy with the south of France and Spain. Distances from Monaco by road: Nice - 17 km, Cannes - 50 km, Paris - 958 km, Geneva - 520 km, Genoa - 174 km, Turin - 200 km. 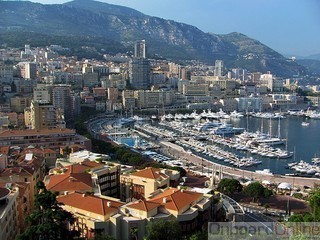