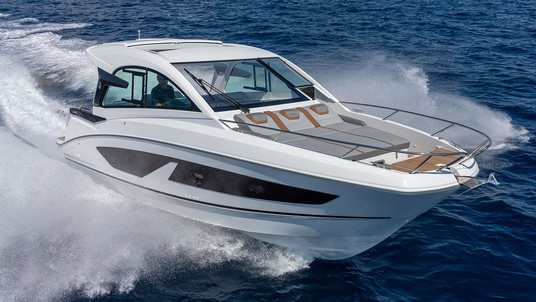 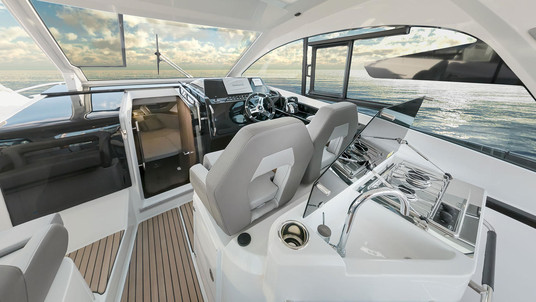 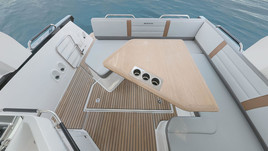 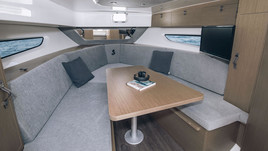 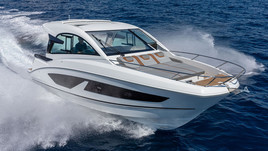 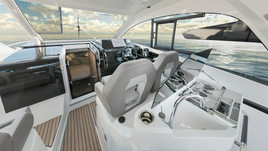 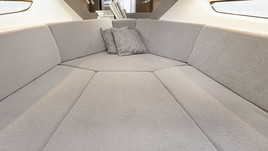 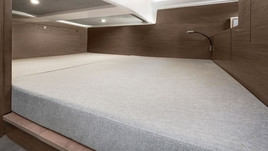 Beneteau Gran Turismo 32 is a hardtop cruising yacht produced by the shipyard since 2019. The fiberglass, planing hull of the vessel with one passenger cabin is 9.95 m long. Continuing the Gran Turismo series, the 32nd model bypassed the previously released 34th model in terms of compactness and received interior design from Andreani Design. The shipyard provides the customer with the opportunity to choose from a large number of options and finishes. Additionally, the yacht can be equipped with: an electric anchor winch, LED lights in the cockpit, a chart plotter, a stereo system with waterproof speakers.

In the bow there is a seating area with three leather loungers, which is easy to access via the port side aisle. In the semi-closed cabin, there is a helm station with a double skipper's seat and a passenger sofa on the port side. On the cockpit there is a corner sofa with a table, forming a dining area and a galley with an oven, sink, microwave oven. Through the passage to the starboard side from the cockpit, you can get to the bathing platform, both parts of which are located on the sides of the power plant.

On the lower deck there is a salon in the bow, where a transforming sofa is installed, which forms two full berths. The master cabin, which is located amidships, is equipped with a dressing room and a private bathroom with shower.

Beneteau Gran Turismo 32 is CE (B) seaworthy, which means it can be operated within 200 miles of the coastline. The maximum power ratings for this vessel are 700 hp, fuel capacity is 720 liters, and fresh water is 120 liters.

If you are interested in the Beneteau Gran Turismo 32, contact your broker or fill out the form:
Add your yachts
Give it the exposure it deserves