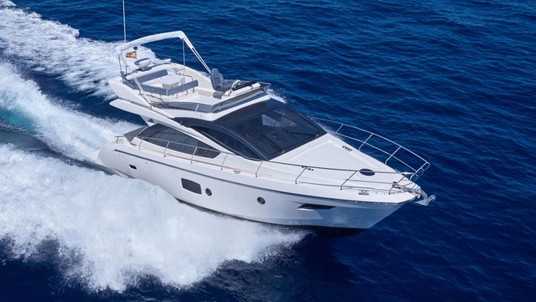 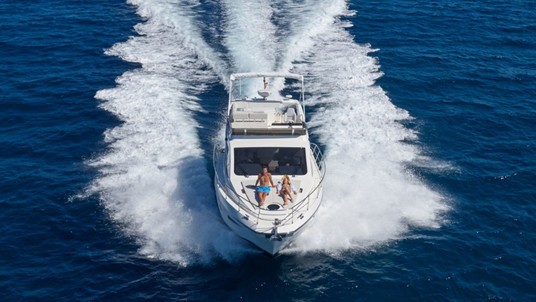 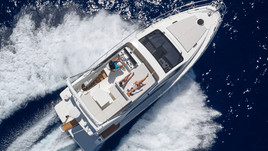 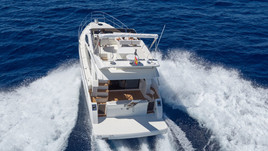 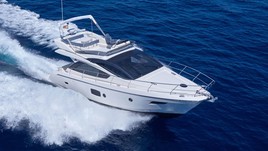 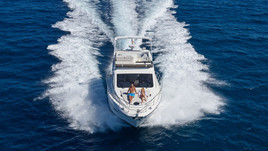 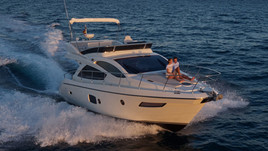 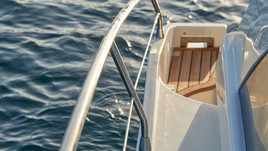 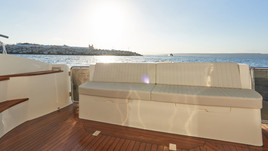 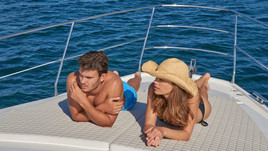 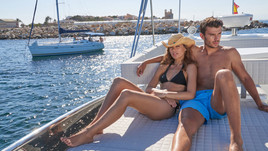 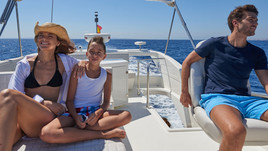 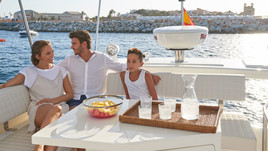 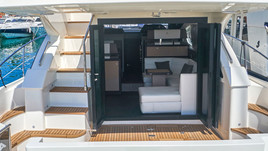 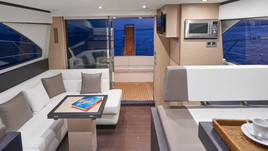 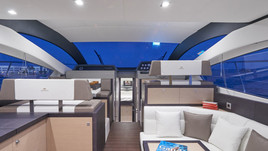 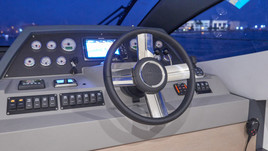 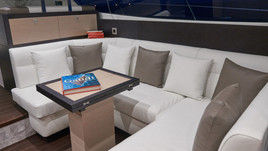 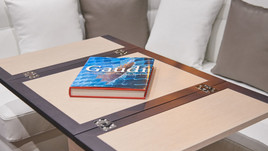 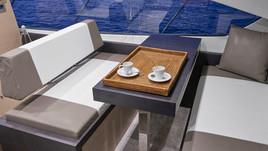 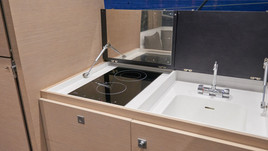 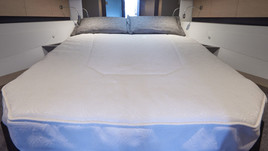 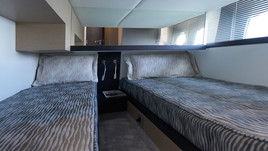 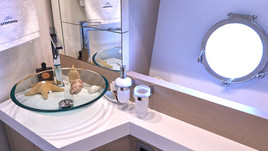 Astondoa 44 Fly is a planing vessel with flybridge 13.2 meters long. This is the most compact model in the Astondoa lineup, which was launched in 2013. Its hull is made using Kevlar, a para-aramid fiber, which gives the vessel special stability. The name of the model is confirmed by the panoramic glazing of the superstructure, the characteristic overhang of the flybridge and the square shape of the nose, which can significantly increase the useful area of the deck.

In a private zone of 4.2 meters on the hardtop roof, where a staircase trimmed with teak leads, there are sun loungers. The flybridge also has a lounge area, next to which is a spacious dinette. The cockpit, trimmed with Burmese teak, is equipped with a refrigerator, sink, two-burner stove, bar. In the cabin there is a sofa for 4 people, in the floor there is a hatch for access to the engine room. On the lower deck there are 2 cabins with two single beds and a bathroom. At the request of the customer, the number of cabins will be increased to 3.

The vessel is equipped with a swimming platform with an area of 3.95 by 1.3 meters, which can also be finished with teak.

Astondoa 44 Fly is equipped with powerful engines Fortjes or Volvo IPS, which are capable of providing a cruising speed of 25 knots and a maximum of 33 knots. The ship is certified as CE (B), and can go to sea no further than 200 miles from the coast.

If you are interested in the Astondoa 44 Fly, contact your broker or fill out the form:
Add your yachts
Give it the exposure it deserves