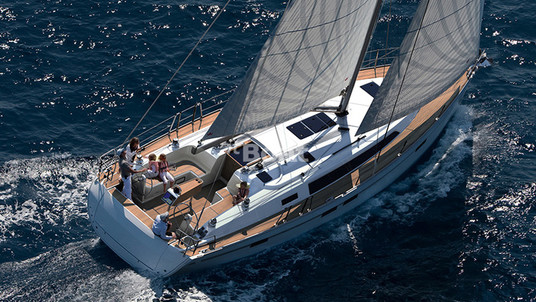 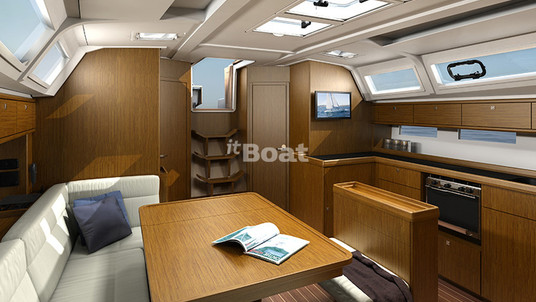 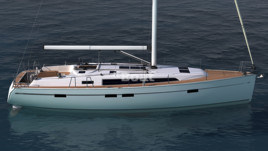 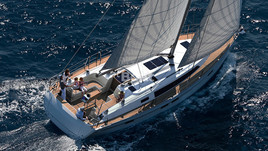 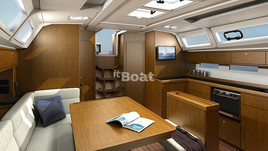 Bavaria Cruiser 46 was presented at the Boat Show in Dusseldorf in 2015, where she won the European Yacht of the Year. The ship's design was carried out by the shipyard's design bureau, together with Farr Yacht Design. This model was created on the basis of the Cruiser 45, as evidenced by a similar layout of the interior and an almost identical hull. Of the differences, it is worth noting the more dynamic contours of the superstructure and the increased amount of natural light. The yacht received ceilings more than two meters high, wide aisles between cabins and an abundance of space on decks. The cabins of the ship were decorated in Italian style and the interior was decorated with mahogany and is available in different colors, at the customer's choice.

For outdoor recreation, sun loungers on the roof of the superstructure and a spacious recreation area in the stern of the vessel, as well as a folding transom on a hydraulic drive, providing convenient access to water, are provided. The lounge has a dining area and a kitchen with stove, oven, grill, sink and two refrigerators. Three double cabins are provided for living, with a separate bathroom in each. In total, including the crew, the yacht can accommodate up to ten people.

For the driving performance of a cruising yacht, the Volvo Penta D2-55 engine, with a power of 55 hp, is responsible. The water tank is designed for 360 liters, and the fuel tank for 210 liters of fuel. A distinctive feature of the vessel is the Trim control and Dock control systems, which simplify the management of the vessel and greatly facilitate mooring.

Sailing yacht Bavaria Cruiser 46 has received A.Sea Craft certification and can go on the high seas.

If you are interested in the Bavaria 46 Cruiser, contact your broker or fill out the form:
Add your yachts
Give it the exposure it deserves