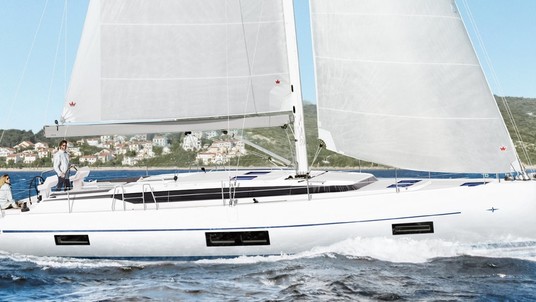 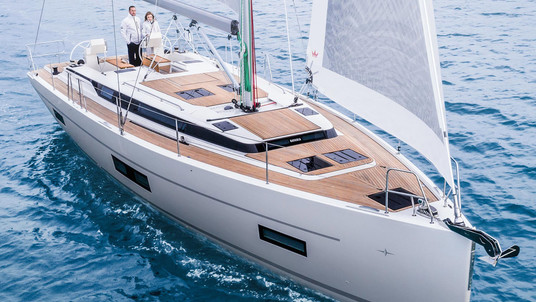 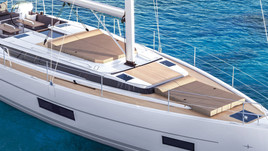 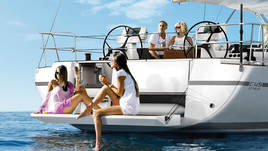 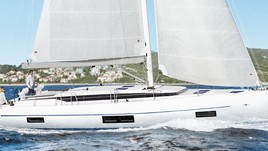 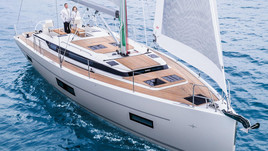 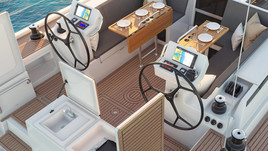 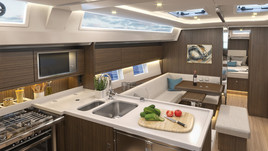 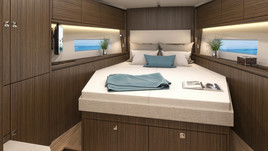 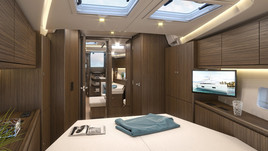 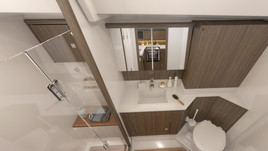 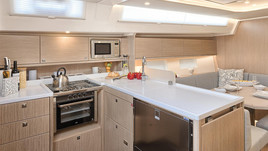 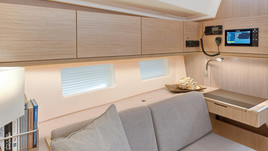 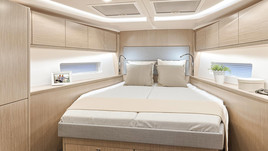 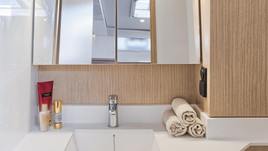 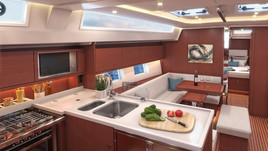 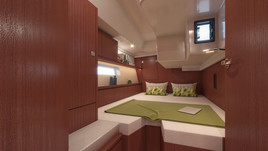 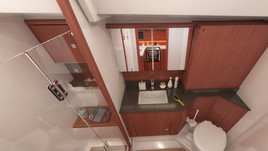 The Bavaria C45 sailing yacht debuted in 2017 at the Annapolis International Sailboat Exhibition, where she received the award for the best appearance in this class of yachts. The design of the vessel was carried out by the shipyard's design bureau, together with the Italian design studio Cossutta Yacht Design and design master Maurizio Cossutti. The yacht was decorated in Italian style, as evidenced by the large amount of light in the cabins and bright light tones of the trim. This model of the yacht, in addition to the standard version called Holiday, is available in two more configurations: Style (this option implies the most convenient and comfortable cabin, using more expensive finishing materials) and Ambition (sports configuration with improved maneuverability and driving characteristics of the yacht).

For relaxation, there are sun loungers on the roof of the superstructure and in the bow of the vessel, as well as a folding three-meter transom on the hydraulic drive and a small windhouse at the stern of the yacht. Thanks to special mounts on the transom, it can also serve as a tender garage for water transport. The Bavaria C45 has a work area, a dining area with a U-shaped sofa, a kitchen with a stove, sink, refrigerator and a place to store food supplies. There are three, four or five cabins with large double beds and three bathrooms for guests.

The creation of the sail for the Bavaria C45 was carried out by the Danish company Elvström Sails, which produces sails from different materials separately for each of the three versions of the yacht. The ship is equipped with a diesel engine from Volvo, whose power is 60 hp, and the fuel tank is designed for 250 liters of fuel.

If you are interested in the Bavaria C45, contact your broker or fill out the form:
Add your yachts
Give it the exposure it deserves