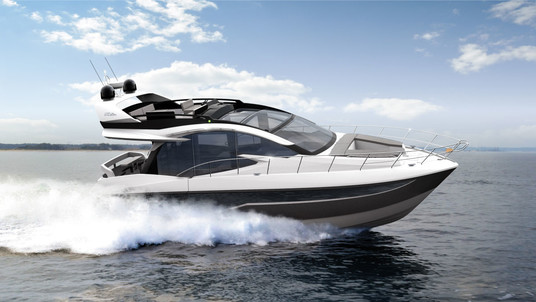 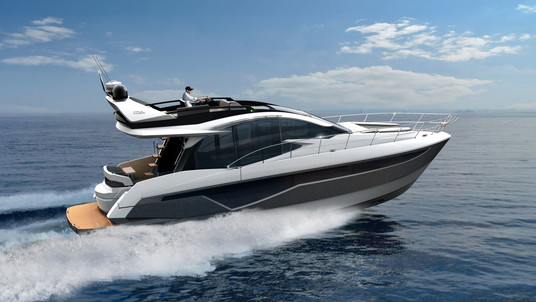 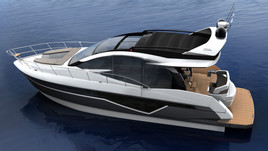 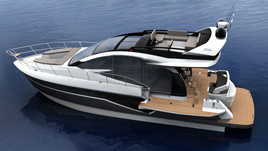 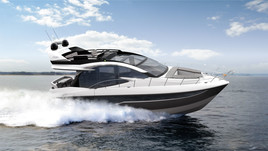 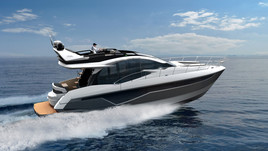 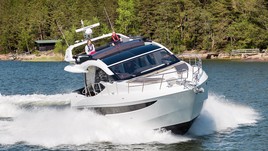 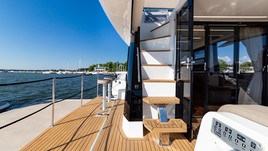 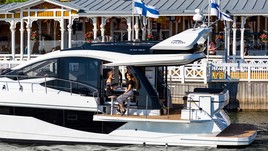 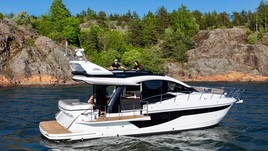 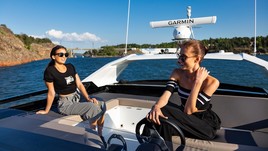 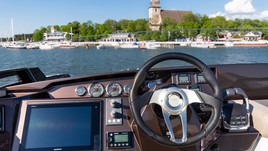 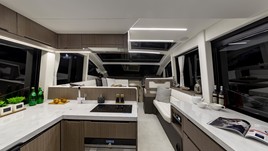 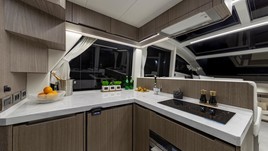 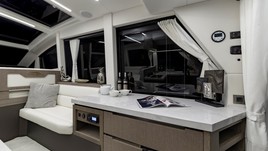 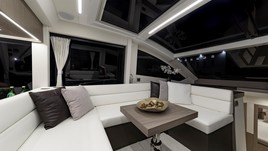 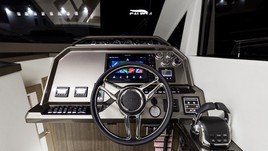 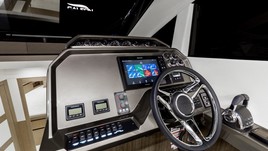 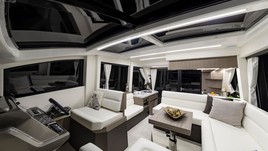 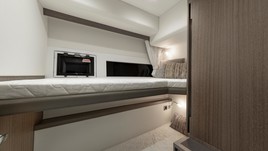 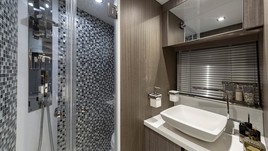 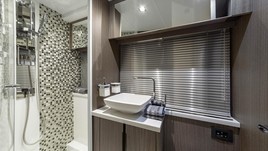 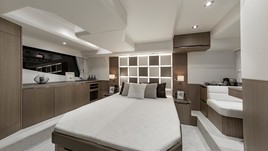 Galeon 470 Skydeck, was created on the basis of the famous Galeon 460 Fly and launched as a continuation of the Skydeck lineup in 2018. This model has been nominated for the second year in a row as “The Best Yacht of the Exhibition, in the Cabin Cruiser Category”, at the Helsinki Boat Show. The design of the vessel, traditionally for this shipyard, was done by the famous designer Tony Castro, who this time paid special attention to natural lighting. The yacht received wide continuous glazing of the entire cabin, large windows in the cabins and a massive glass door in the stern of the vessel, which serves as an exit to the terrace. The entire interior is decorated with teak in light tones, so the interior is visually enlarged.

The small flybridge has a comfortable seating area and a control post. On the main deck there is a spacious dining area and a full kitchen with a fridge, stove and oven. In the bow of the Galeon 470 Skydeck, there is also a relaxation area where you can set a table and create another dining area if you wish. It is possible to expand the deck by folding the bulwark, thereby creating a small balcony. On the lower deck there are three double cabins. The owner’s cabin at the same time received a separate bathroom, a wide double bed, a workplace and a wardrobe.

Two VOLVO PENTA engines with a total capacity of 1200 hp are responsible for the ship's driving performance. The maximum speed of the yacht is 28 knots, while cruising is 24 knots. Moving at cruising speed and with a full fuel tank with a capacity of 1,500 liters of fuel - the ship can go up to 250 nautical miles.

Model Galeon 470 Skydeck, received the classification B.Sea Craft and can be used to access the open sea.

If you are interested in the Galeon 470 Skydeck, contact your broker or fill out the form:
Add your yachts
Give it the exposure it deserves