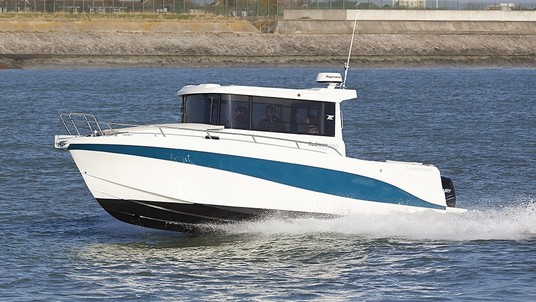 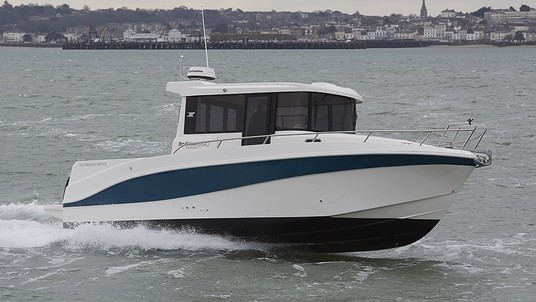 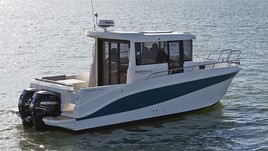 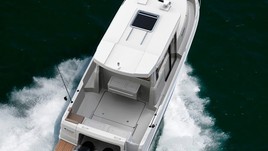 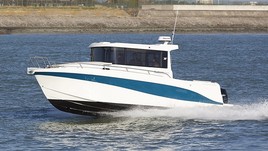 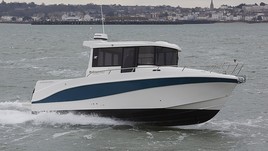 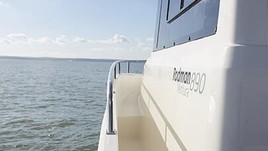 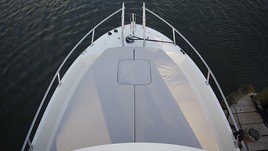 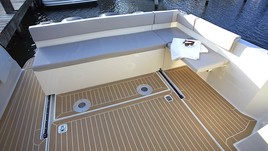 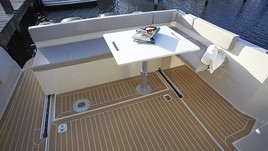 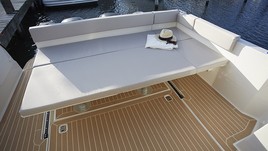 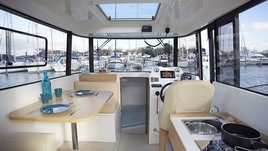 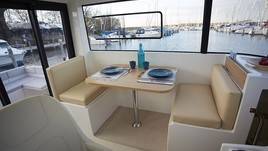 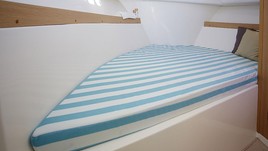 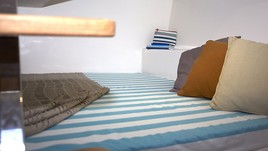 Rodman 890 Ventura is an outboard motor boat of the Fisher & Cruiser series. The debut took place at a boat show in Paris at the end of 2015 and in London at the beginning of 2016, and has been released since 2018. Length 8.9 meters, width 2.98 meters, accommodates 10 people, intended for exits within the coastal zone. Suitable for fishing, short cruises or a combination of both.

The walkaround deck layout with high rails ensures safe boat passage. The upper deck includes an open stern with a sofa and swim platform, a central cockpit and a bow with sun loungers.

The saloon with a sliding sunroof houses a folding dinette, a helm station and a compact galley on the starboard side. Panoramic, rounded windows provide all-round visibility, a three-piece sliding door separates from the stern, and a door to the side passage allows the captain to maneuver on his own. The large space under the passenger compartment is used for storing equipment or expanding the fuel tank.

There are no doors, curtains or partitions on the lower deck, just a wide opening allowing access to beds for four people and a bathroom to starboard.

If you are interested in the Rodman 890 Ventura, contact your broker or fill out the form:
Add your yachts
Give it the exposure it deserves