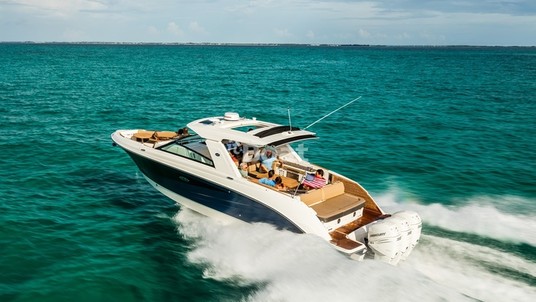 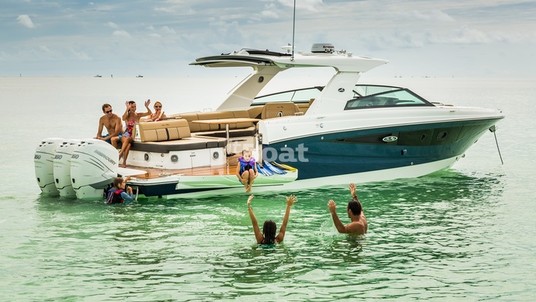 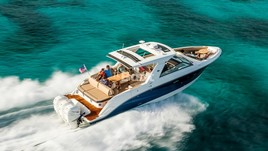 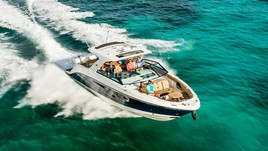 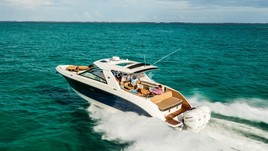 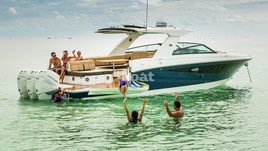 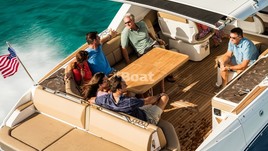 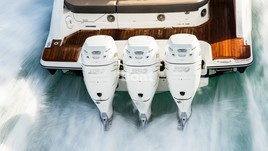 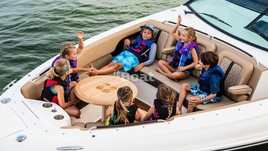 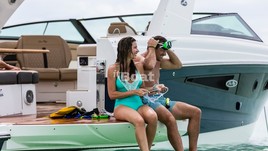 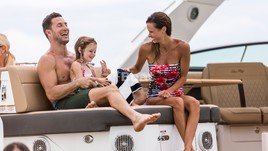 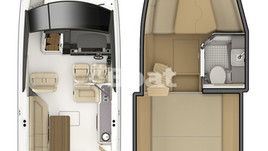 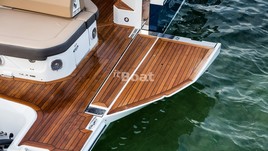 The Sea Ray SLX 400 OB is the flagship SLX lineup that debuted at the Miami Boat Show in 2017, where it won the 2017 Innovation Award for the best look. The hull of the boat is made of hardened fiberglass using carbon fiber, which led to weight loss. The interior is teak wood and is available in several colors to choose from.

For relaxation, deck chairs are provided at the stern and seats with cup holders in the bow of the vessel. You can expand the deck by folding a special starboard section, thus creating a small terrace with convenient access to water. In the cabin there is a control post, as well as a galley with a bar, refrigerator, sink and grill. The control post received a 12-inch dynamic display with touch control. By connecting a smartphone to the boat's on-board computer using a special application, you can receive all the important information about the operation of its systems, as well as control the lighting of the vessel and its audio system. On the lower deck of the boat are two guest cabins for four people and a bathroom with shower.

The basic bow rider is equipped with three Mercury outboards with a total output of 1,000 hp. The maximum speed of the vessel is 40 knots, and the fuel tank is designed for 1,500 liters of fuel.

The model of the Sea Ray SLX 400 OB is equipped with a roll, wave and trim adjustment system - Dynamic Running Surface, which leads to significantly less vibration and a smoother ride even at high speed. The ship received the classification B.Sea Craft and can go on the high seas.

If you are interested in the Sea Ray SLX 400 OB, contact your broker or fill out the form:
Add your yachts
Give it the exposure it deserves