1 yachts for sale in Istanbul

Istanbul is a major port on the shores of the Sea of Marmara at the junction of Europe and Asia, the capital of Turkey and the most important tourist center of the region. Istanbul is simultaneously located in two parts of the World and is the most densely populated city in Europe. 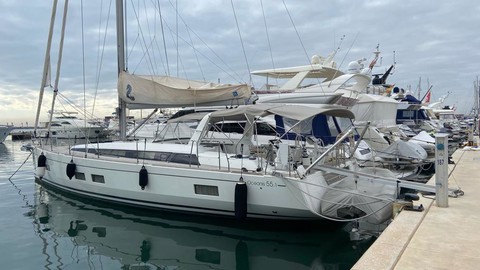 The city survived many eras (Roman and Byzantine, Ottoman and Latin empires) and cultures, each of which left its mark on his face - to see their influence, just go through the old “mahalla” (neighborhoods). When planning to buy a yacht in Istanbul, consider the options from our catalog - here you can find the most current offers at affordable prices.

For those who are visiting Istanbul for the first time, it is recommended to visit the best attractions of the city, including:

Surprisingly, travelers arriving in Istanbul can plunge into the waters of two seas at once - Black and Marmara. The local beaches are well equipped, and the temperature is always comfortable thanks to the quickly warming sea, which is shallow here. The most popular beach is Floria, outdoor enthusiasts can head to Agva Beach, and Schile Beach is suitable for those who need to retire to the seashore in a calm atmosphere.

Fans of first-class shopping can visit the oldest shopping center in Istanbul - Atrium, and in local restaurants you will be served dishes of meat and fresh seafood, which would be an unforgivable oversight. Also, do not forget to admire the city from the Bosphorus, take a steam bath in the Turkish hammam and try the hookah at the Grand Bazaar - “nargile”.