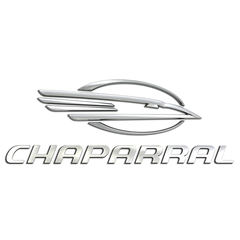 The Chaparral brand was founded in 1965. It was during this period that Buck Pegg organized a boat production company, although at first it was called Fiberglass Fabricators. Buck built 3 boats with fiberglass hulls. He realized that this material would eventually replace aluminum and wood and focused on fiberglass in the manufacture of the case. A couple of years later, his shipyard burned down, and the business had to be restarted from scratch.

In 1976, the company expanded its lineup with new vessels and moved to Nashville. It was during this period that the company changed its name to Chaparral and began to produce boats under this name. A year later, Jim Lane came to the management of the company, taking over all the organizational issues, and Pegg completely focused on production. Thanks to joint efforts, the entrepreneurs managed to conquer the world market for the production of ships.

In the early 2000s, the company bought out Marine corporation, and in 2017 the brand was awarded the first place in the United States for the production of ships with a Sterndrive engine. The boats of the brand of the same name were 9 times awarded the “Boat of the Year” title. The company has won 29 consumer and community awards in the United States.

The total area of the boat manufacturing enterprise is 92 thousand square meters, and more than 800 people work for the benefit of the company. Manufacturers have relied on aggressive lines and contrasting vessels. Now the brand's lineup includes 7 lines.

The company has produced over 250 thousand boats and won recognition from the public around the world. The brand gives a lifetime warranty for hulls and 5 years for other units and assemblies of ships. The features of Chaparral boats are thoughtful design, durable fiberglass hull, high speed and good maneuverability. And the best American developers are working on the design of the ships.

If you are interested in the Chaparral, contact your broker or fill out the form:
Add your yachts
Give it the exposure it deserves