The story of the birth of the Leopard brand begins with an event that took place in the near 1993. Then the Broomstick catamaran, created at the Roberston and Caine shipyard in South Africa, won the Cape to Rio Yacht Race. This trophy was not the first award received by owners of yachts purchased from the Woodstock shipyard. But it so happened that it was about him that the world learned. At that time the company specialized in custom-designed vessels from 9 to 21 meters.

And already in 1994, shark charters from The Moorings ordered from the famous African shipyard a whole flotilla of sailing ships designed for cruises in the waters of the Seychelles, Southeast Asia, the Caribbean and other popular destinations. Over the next four years, Roberston and Caine supplies the customer with over 100 modern catamarans arriving, importantly, on their own to the port of destination. In this way, the company gains even wider popularity - an increasing audience will learn about the comfort, reliability and quality of its ships. Private orders also appeared, which led to the creation of the Leopard brand in 2000, and by 2007 the model range of yachts was replenished with the first motor boats.

Over the past 20 years, Roberston and Caine have produced over 1,800 yachts, becoming one of the largest manufacturers of the shipbuilding market. It is no exaggeration to say that yachts of this brand can be purchased and serviced almost all over the world.

By the way, the company can be justly proud of the fact that all over the world only its catamarans have NMMA and CE certificates.

Leopard ships are equipped with a flybridge and cockpit - rigid roofs that protect passengers from the sun's rays. The front cockpit has a passage to the salon. Owner's own stateroom can be set up on the platform, while yacht staff have individual access cabins.

It is known that the company is still cooperating with the travel agency TUI, which provides catamaran buyers with a number of financial advantages and the possibility of "partial ownership".

For long-distance travel, the shipyard offers sailing vessels from 12 to 18 meters, which have received awards at international competitions more than once. The steering bridge, fitted on flagship models, allows the owner to steer even a large boat independently.

The range of motor boats is represented by the Leopard 43 and 51 yachts, the design of which, like the sailboats, was developed by Simonis Voogd Design. 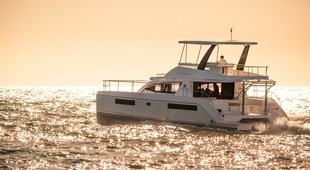 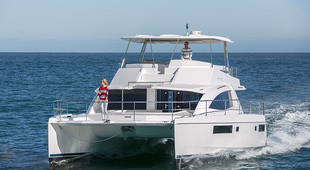 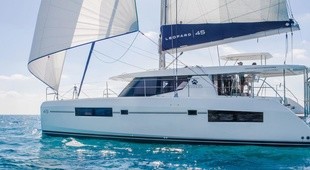 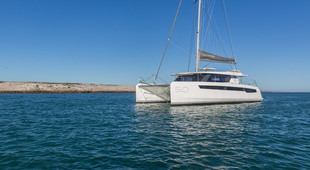 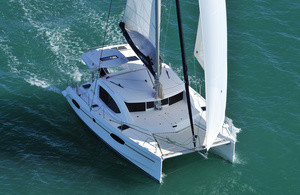 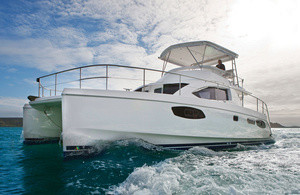 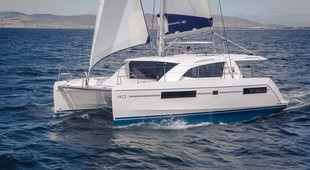 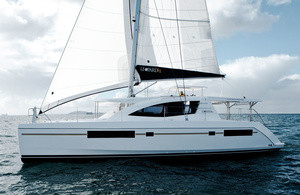 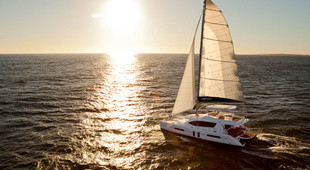 If you are interested in the Leopard, contact your broker or fill out the form:
Add your yachts
Give it the exposure it deserves