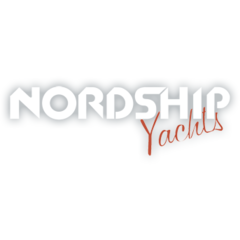 the Danish shipyard Nordship Yachts confidently holds the leading position in the segment of sailing >yachts with trim-interior.

the Company was founded Lars Buchwald (Buchwald Lars ) in 1978 in the Dutch province of Lunderskov and was originally named for the founder of Buchwald Yachtværft. In the first 10 years of workshops worked on subcontracts famous Danish shipyards, producing yachts for a one-off and short run projects. Several models have been built specifically for round the world races. In 1988, Lars has acquired the rights to the serial production yacht project Nordship, investing in the development of the line experience. Brand Nordship established itself on the market, becoming synonymous with high-quality sailing yachts. The popularity of the new brand led to the change of the name of the shipyard at Nordship Yachts ApS. In 2015 the company also owns the rights to the production of classic motor boats Nordic Cruiser.

Despite a 30-year history, Nordship remains a small shipyard, tightly integrated with the network of Danish yacht industry. At the shipyard employs less than 50 full-time employees. Most operations are performed using traditional methods with the highest quality requirements. In the workshops of the shipyard are made of metal elements, hand-laying fiberglass laminate with balsa sandwich manufacturing, interior and deck cover. Most boats are built according to individual orders, so the production is difficult to call the mass. The shipyard produces several dozen yachts a year. Despite the small volume of production, the shipyard is well known and enjoys a deservedly high reputation. Model Nordship 360DS was nominated for the contest of European yacht of the year 2011.

the Main line of the buildings Nordship is in the range of 36-43 feet. For individual projects the shipyard has built boats up to 46 feet, but they are not included in the main lineup.

All the Nordship yachts are built using galvanized steel frames, which for maximum structural integrity manually lined sturdy housing made of GRP with balsa sandwich elements.

the ergonomics of the cockpit and interior spaces in detail. In all models the controls displayed in the rear part of the cockpit, to be able to work alone without disturbing the guests relaxing in the main part. In the older models the cockpit is even divided into working and guest areas. The interior usually includes spacious cabins, insulated galley and a separate comfort zone. 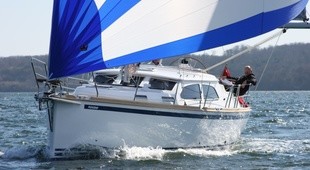 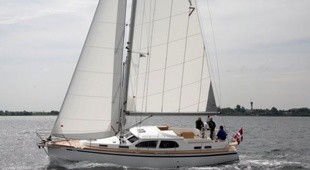 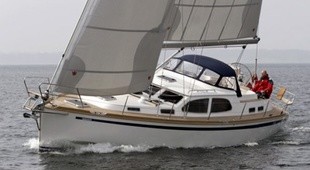 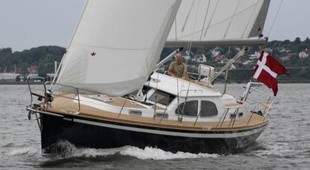 If you are interested in the Nordship, contact your broker or fill out the form:
Add your yachts
Give it the exposure it deserves