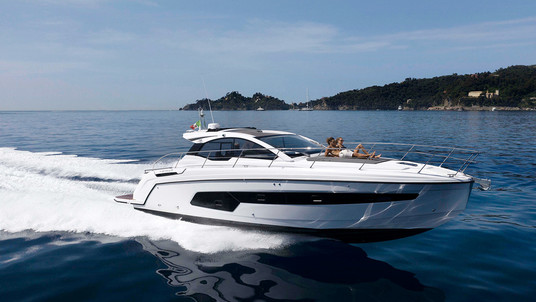 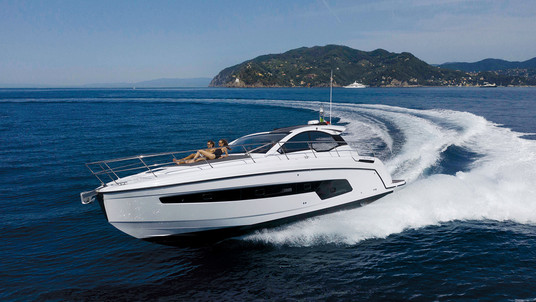 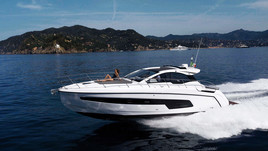 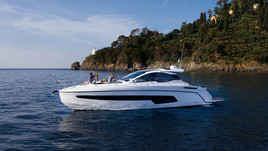 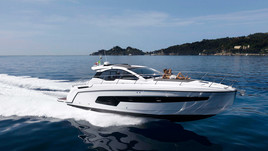 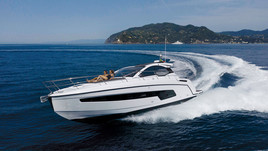 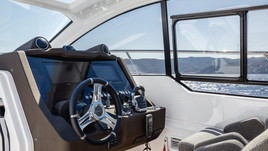 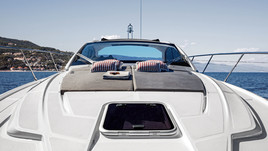 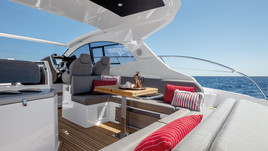 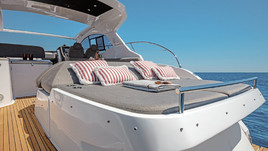 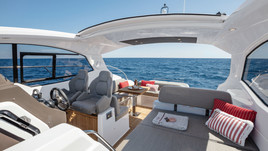 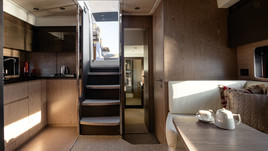 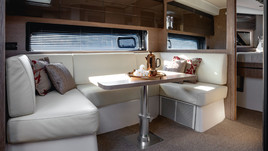 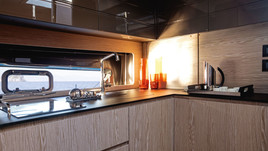 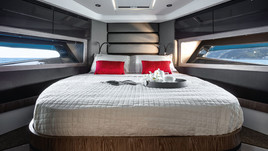 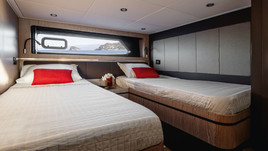 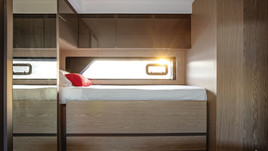 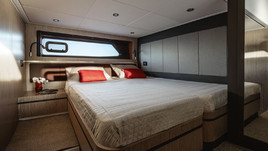 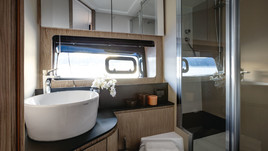 The semi-closed yacht Azimut Atlantis 45 was introduced in 2019 and is positioned as a sports version of the famous Atlantis 43, with improved dynamics and controllability. The ship was designed by the shipyard’s design bureau, together with designers from Neo Design. The yacht received a panoramic glazing in the form of “shark fins”, wide portholes in the cabins and an opening hardtop with electric drive. The cabins are decorated in Italian style and are available in various materials for the customer’s choice.

Compared to the previous model, the Azimut Atlantis 45 has become a little longer, while the layout remains the same. For outdoor recreation, there are sun loungers in the bow of the vessel and a shaded terrace, right from which you can go to the folding transom, which provides convenient access to water. In the cabin there is a control post, a small seating area and several sofas. On the lower deck there is a dining area and a full kitchen with stove, grill, oven, fridge and sink. Two separate cabins are available for guests' stay - guest and owner’s cabins. The guest cabin has three single beds and a bathroom with shower, and the owner’s cabin has a large double bed, wardrobe and windows on both sides. The customer also has a tender garage configuration.

Two IPS engines from Volvo, with a total capacity of 1200 hp, are responsible for the ship's driving performance. The maximum speed of the yacht is 34 knots, cruising is 29 knots, and the fuel tank is designed for 1000 liters of fuel. Moving at cruising speed and half loaded, the ship can cover up to 250 nautical miles.

Model Azimut Atlantis 45 received the classification of B.Sea Craft and can go on the high seas.

If you are interested in the Azimut Atlantis 45, contact your broker or fill out the form:
Add your yachts
Give it the exposure it deserves