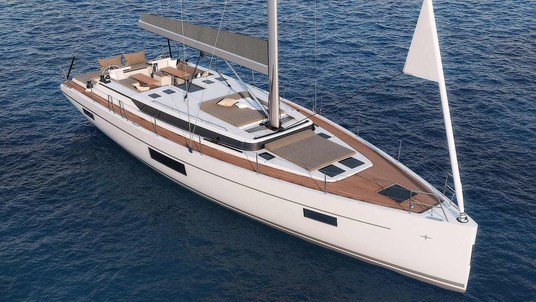 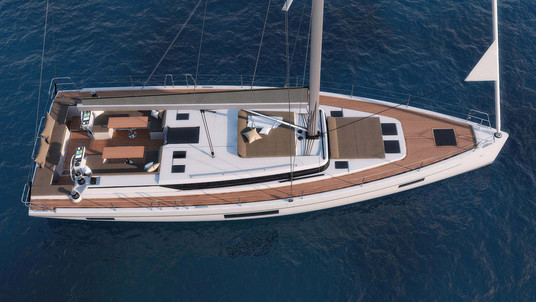 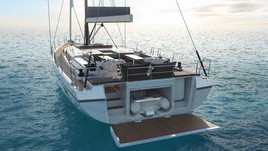 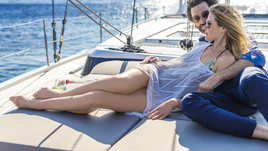 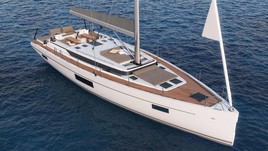 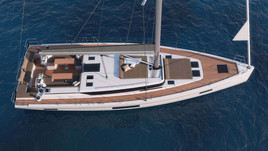 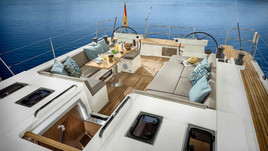 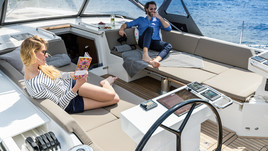 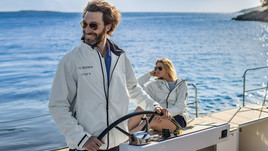 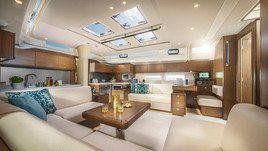 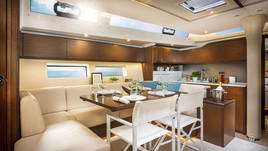 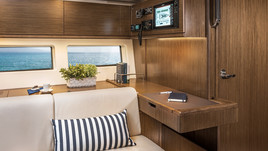 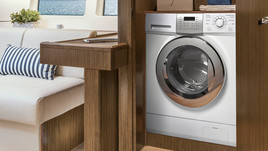 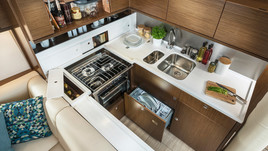 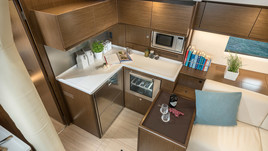 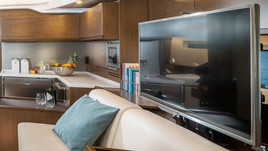 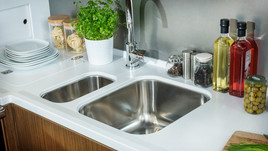 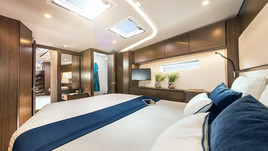 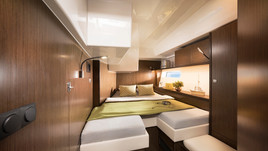 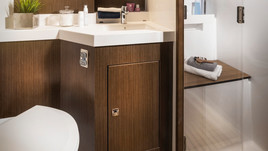 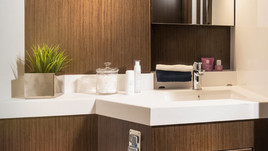 The Bavaria C57 cruise yacht was presented at the international exhibition in Cannes in 2017, and three years later won the competition “Yacht of the Year 2020” from the reputable Sail Magazine. The design of the vessel was carried out by the famous designer Mauricio Kosuta, who decided to move away from the traditional style of the shipyard, designing the yacht in a more unusual and modern style, as evidenced by the cheekbone in the stern, wide hull, sheer degree, fractional armament and a large number of other features. The vessel received the largest living area in this class of yachts - 90 square meters. The yacht’s salon is decorated with Mahogany tree of light tones and is available in different colors, at the choice of the customer.

For relaxing on a yacht, deck chairs are provided in the bow of the vessel, a wide folding transom on a hydraulic drive, and a terrace in the stern with a folding table, sofas and a bimini top. A tender garage for storing water vehicles is available as standard. The yacht has two control posts, which allows the skipper to choose a convenient position regardless of the tack. The yacht has a spacious dining area with sofas, a small workplace, as well as a kitchen with stove, oven, sink, refrigerator and a place to store food supplies. For accommodation, there are three double cabins with a separate bathroom in each of them, or six double cabins with four bathrooms, at the choice of the customer. In total, including the crew, the yacht can accommodate up to 12 people.

Yanmar Shaftdrive diesel engine with 110 hp is responsible for the yacht's driving performance. The fuel tank is designed for 300 liters of fuel, and the water tank is provided for 700 liters.

The yacht has received the classification B.Sea Craft and can go on the high seas.

If you are interested in the Bavaria C57, contact your broker or fill out the form:
Add your yachts
Give it the exposure it deserves