The Bavaria Cruiser 41 S was presented at the Boat Show in Dusseldorf in 2017. The design of the ship, traditionally for this shipyard, was carried out by Farr Yacht Design, which worked in conjunction with the shipyard’s design bureau and Design Unlimited design studio. The model was created on the basis of the famous Bavaria Cruiser 41, only with significantly improved maneuverability and driving characteristics, so that the yacht can participate in amateur regattas and other competitions. Of the differences with the previous model, it is worth noting a deeper keel, increased mast height, carbon spinnaker boom, exclusive rigging from Dyneema, as well as a host of other features that improve the yacht's driving performance. The salon can be finished with teak or mahogany, at the choice of the customer.

The Bavaria Cruiser 41 S has a small work area, a dining area and a kitchen with a stove, fridge, sink, oven and storage space for groceries. The ship received ergonomically designed transitions between cabins, which allows you to conveniently move around the yacht. For accommodation, three double cabins with two bathrooms are provided. The owner’s cabin got windows on both sides, a separate bathroom and a small wardrobe. For relaxation, there is a cockpit in the stern of the vessel with a folding table and seats, as well as a folding transom on a hydraulic drive, which provides convenient access to water.

The yacht has a Volvo Penta D1-30 diesel engine with a capacity of 30 hp, and the fuel tank, as well as the water tank, are designed for 210 liters.

The Bavaria Cruiser 41 S has been classified by A.Sea Craft and can be used to go out into the open ocean or for long sea voyages. 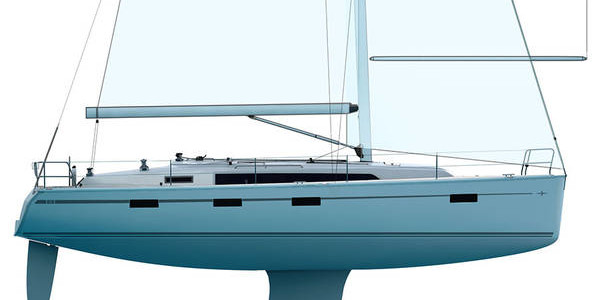 If you are interested in the Bavaria Cruiser 41 S, contact your broker or fill out the form:
Add your yachts
Give it the exposure it deserves