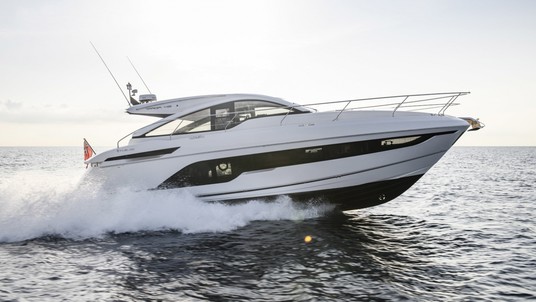 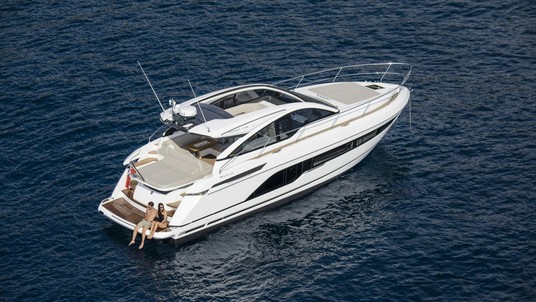 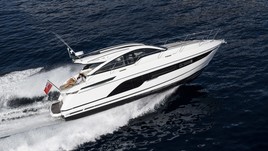 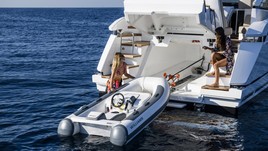 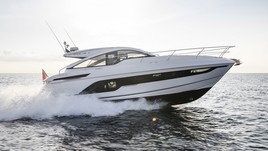 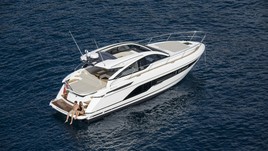 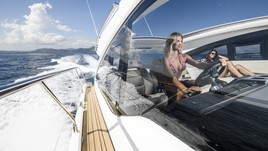 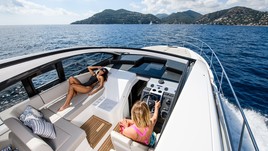 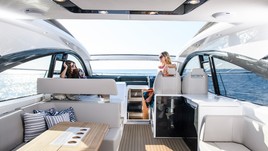 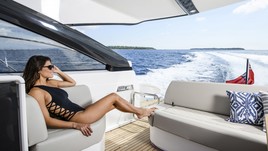 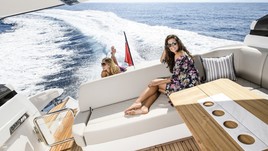 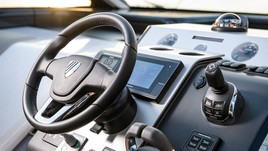 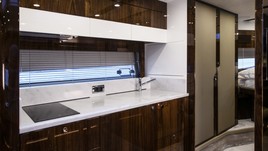 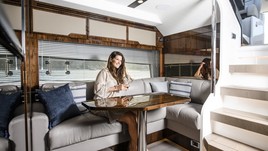 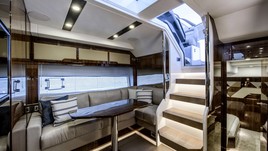 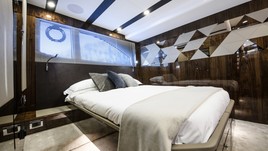 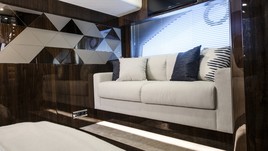 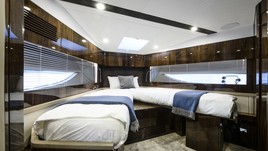 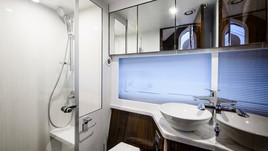 Fairline Targa 45 OPEN is a vessel with a fiberglass hull with a closed cabin and a 14.2-meter hardtop, the launch of which was launched in 2019. The yacht was first shown at the Boot Düsseldorf in 2020, where she was named “Star of the show”.

The yacht model is endowed with "architectural details" from Alberto Mancini - a characteristic panoramic glazing of the hull and superstructure. The main feature of the ship is the transparent roof of the superstructure, which rises with the help of an electric drive.

Aft there is a recreation area with a sunbed, under it there is a garage for the tender. In the cockpit there is a dining area with a folding table and a large soft sofa, a vebar and a grill. Through sliding glass doors you can go to the salon, in which there is a control post on the starboard side and a sofa and dinette on the podium on the left side.

On the lower deck are three cabins. Including the stern is the owner’s cabin, and the midship is the master cabin with a large mirror and the Mancini wall, which is a mosaic bulkhead. Between them is the second salon with a kitchen module. The yacht model also involves a second layout, where the VIP and master cabin are interchanged.

If you are interested in the Fairline Targa 45 OPEN, contact your broker or fill out the form:
Add your yachts
Give it the exposure it deserves