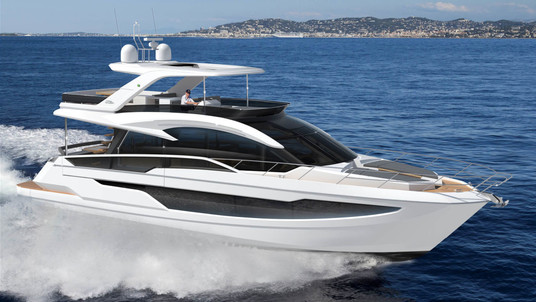 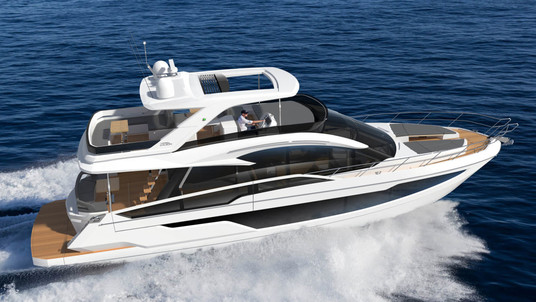 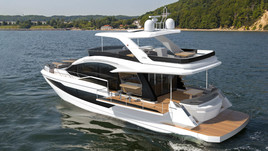 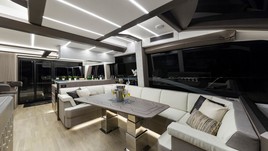 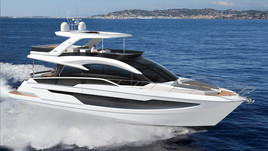 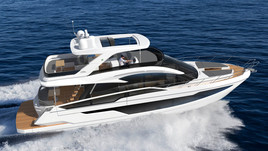 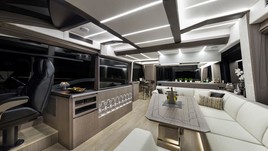 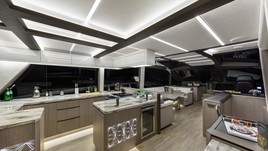 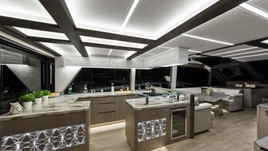 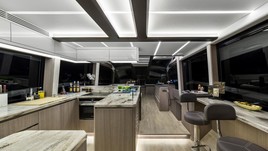 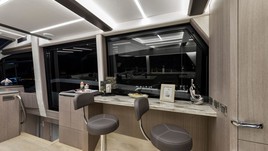 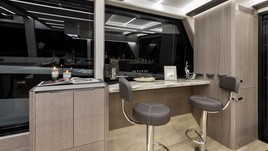 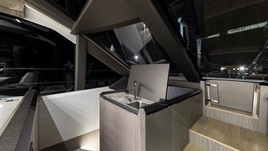 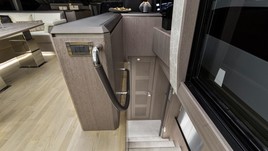 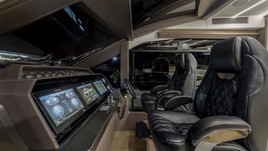 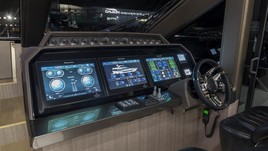 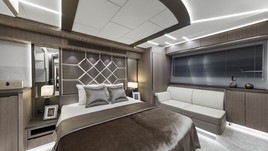 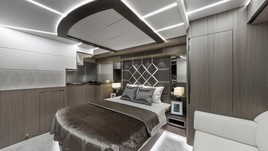 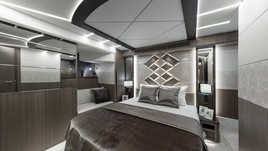 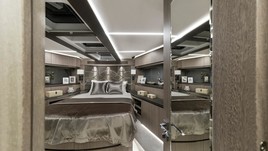 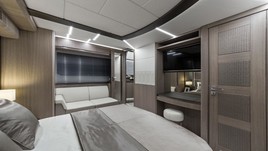 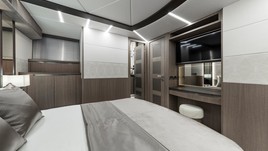 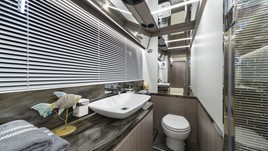 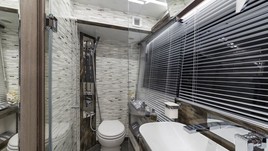 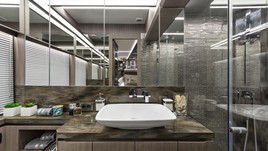 The Galeon 640 FLY was presented in the summer of 2018 at the Cannes Film Festival, and in January 2019 became the leader in the European Yacht of the Year category at an exhibition in Dusseldorf. The ship was designed by the shipyard’s design bureau, in collaboration with renowned designer Tony Castro. The yacht received extensive panoramic glazing of the entire cabin, a spacious flybridge with a full control post and a shaded terrace in the stern of the vessel. The interior is decorated with teak in light tones, which is why the interior space is visually increased.

The spacious flybridge features a sunbathing area, dining area and a small bar. From the terrace you can go down to the swimming platform, which provides safe access to water. And having expanded the bulwark and having formed two small balconies, you can easily expand the main deck. The lounge has a spacious seating area, a large dining table, and a full kitchen with stove, oven and storage space for food stocks. On the lower deck are three guest cabins, with wide double beds and large windows. The crew’s double cabin is located in the stern of the vessel and is equipped with a separate bathroom.

Two MAN diesel engines are installed on the yacht, each with a capacity of 1,100 hp. Galeon 640 FLY is capable of speeds of 35 knots, while cruising speed is 28 knots. At cruising speed and with a full fuel tank with a capacity of 2500 liters - the ship can go more than 300 nautical miles. The yacht is intended for access to the open sea, as evidenced by its classification - B.Sea Craft.

If you are interested in the Galeon 640 FLY, contact your broker or fill out the form:
Add your yachts
Give it the exposure it deserves