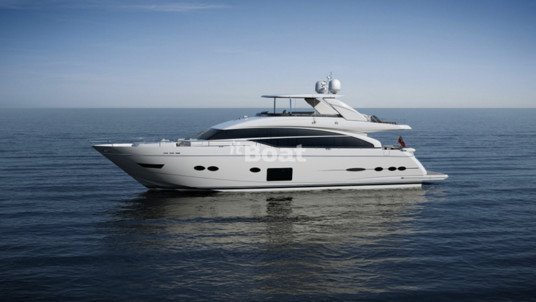 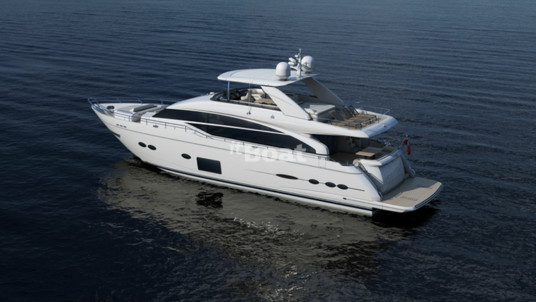 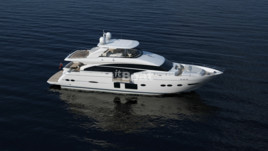 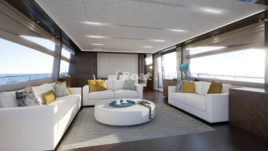 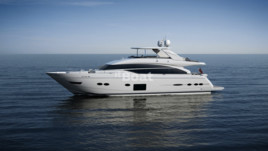 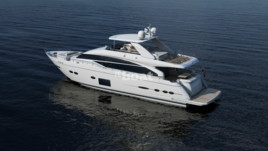 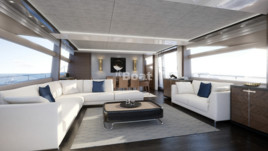 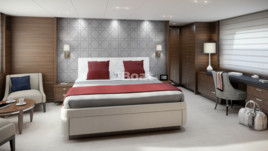 This flybridge cruiser debuted in 2013 in Southampton. It has a distinctive case, designed not only to planing, but at a economical displacement speed. In the development of the Princess 88 solutions were applied, used on a 40-metre superyacht Princess: luxury vessel equipped with a folding balcony, which turns the section of the bulwarks, and provided customers with choice of layout on four or five guest cabins with separate bathrooms. Equipped with the powerful engines of the yacht Princess 88 shows a higher top speed plus due to the "hybrid" body and stabilizing gear allows you to move comfortably on the restless sea at low speeds.

Post a Photo Write a review
If you are interested in the Princess 88, contact your broker or fill out the form:
Add your yachts
Give it the exposure it deserves