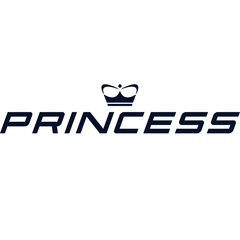 British shipyard Princess dates back to 1965. It was this year that a shipbuilding company was founded in Plymouth by David King. In 1970, the brand became famous for the release of the Princess 32 model, which took part in a boat show in London. The vessel was successfully sold for ten years, and during this period 1200 models were sold. In the period from 1975 to 1981, the first flybridge yachts of this brand were created, and in 1980 the Princess 30DS model appeared, designed by Bernard Olesinski. In 2017, Princess - 75 Motor Yachts and V58 ships were awarded the Motor Boat Awards Best Yacht Awards.

Now the company is investing about 4 million pounds every year to develop and improve the model range, releasing 3 new yachts in 12 months. In 2017, the company earned the largest royalty in its history, with an order book exceeding $ 1 billion.

The production facilities of the brand, as in the distant 1965, are located in Plymouth on the banks of the English Channel. The state employs about 3 thousand people, and the total area of construction projects is 9 thousand square meters. The management of the company pays special attention to the environmental situation in the world and for this the shipyard was awarded the ISO14001 certificate in recognition of reducing harmful emissions into the environment.

The lineup of the British shipyard is represented by luxury yachts from 10 to 40 meters. All boats are divided into seven lines:

The R35 series ships are equipped with outboard motors and are capable of speeds up to 50 knots, demonstrating good maneuverability and controllability.

A distinctive feature of Princess yachts is large portholes, thoughtful design and originally glazed deckhouses. When decorating interiors natural materials are used - wood or leather, and since 2008 the company has been part of Bernard Arnault's LVMH conglomerate - these are well-known corporations in the field of luxury.

If you are interested in the Princess, contact your broker or fill out the form:
Add your yachts
Give it the exposure it deserves