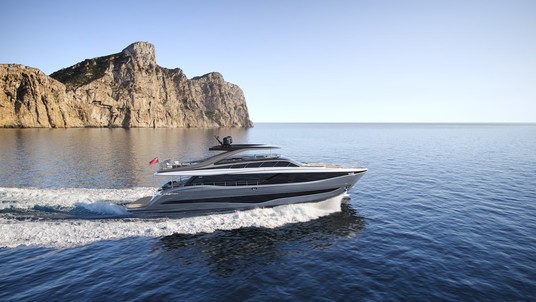 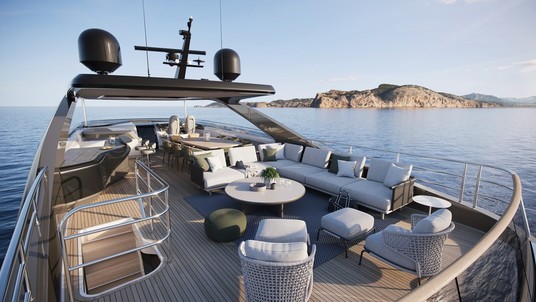 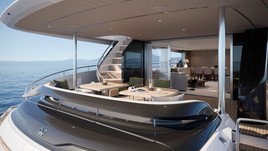 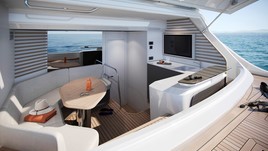 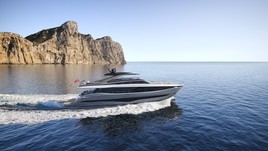 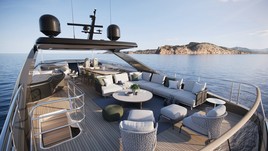 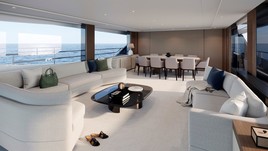 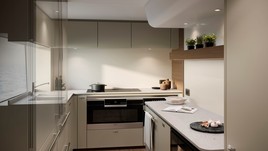 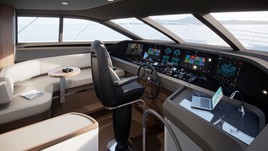 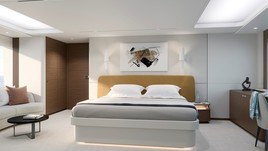 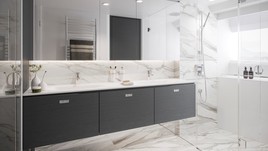 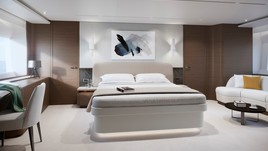 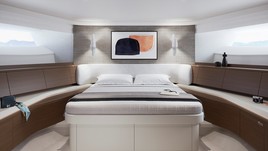 The prototype of the Princess Y95 model was introduced in Dusseldorf in 2020. The yacht will go into series only in 2021. A distinctive feature is the largest panoramic glazing area that has ever been installed on the yachts of this shipyard.

The interior of the yacht is performed in several versions, in any case, the master cabin is located in the entire width of the bow. Four guest cabins are located on the lower deck, one of them, like the master cabin, occupies the entire midship. The bow cabin on this model of the yacht is slightly smaller, as the restrictions imposed by the size of the boat affect it.

Depending on the layout, two or three cabins are located under the cockpit to accommodate the crew. For the captain there is a separate cabin on the starboard side, it is equipped with its own bathroom with shower and is transformed into two cabins. Opposite her, on the port side, is another double cabin.

Depending on the customer's wishes, the lower decks are rebuilt, and it is possible to install a spa area and sun loungers on the flybridge.

If you are interested in the Princess Y95, contact your broker or fill out the form:
Add your yachts
Give it the exposure it deserves