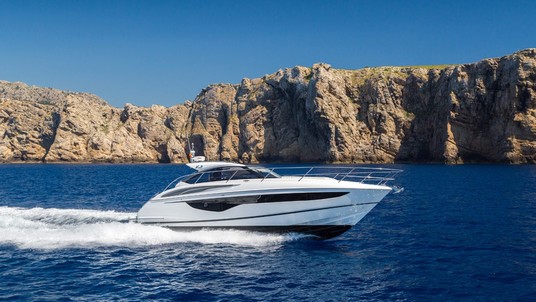 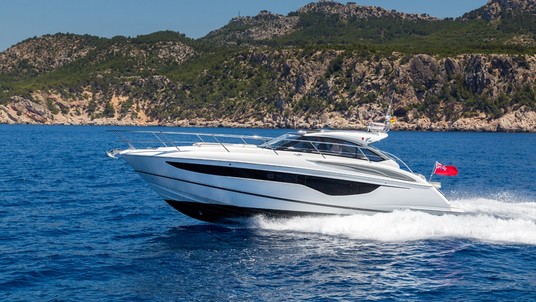 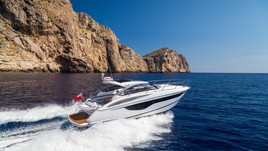 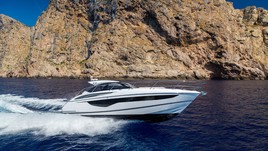 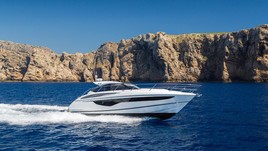 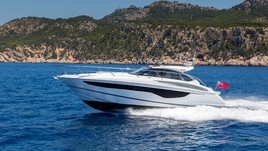 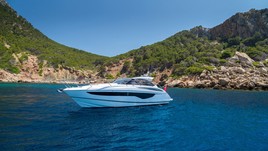 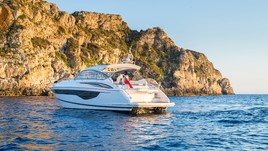 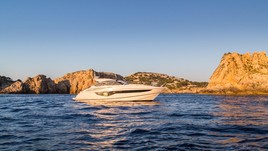 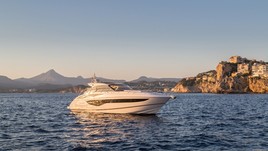 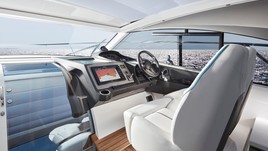 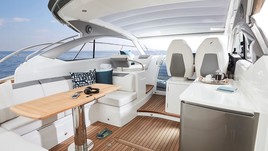 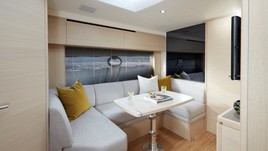 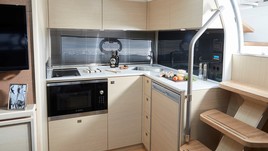 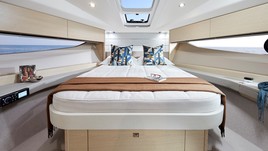 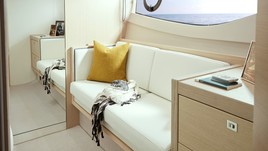 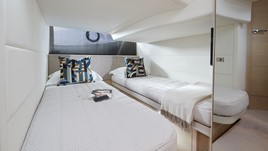 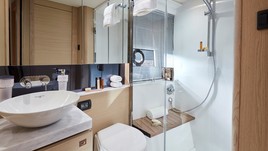 Princess V40 has been in the shipyard since 2017. The vessel was built in the hull of the previous model in the series, V39, which has a length of 12.98 m, a width of 3.81 m and a draft of 1.02 m. However, some changes were made - the area of the portholes on the lower deck increased in the first place. The interior of the yacht is made in lacquered or matte oak Rover, at the request of the customer, decoration can be done in Alba oak.

Fordeck boats are equipped with an outdoor recreation area, aft there is a swimming platform and a terrace. On the lower deck of Princess V40 there is a galley equipped with a stove, sink and fridge, and a dining area adjoins the galley. To accommodate the passengers of the yacht, two cabins are provided, one in the bow of the hull, and the second next to the engine room. The bow cabin has a double bed. A bathroom with a shower is accessible not only from the bow cabin, but also from the salon. The aft cabin can be equipped with two movable single beds.

The roof of the superstructure is equipped with a hatch located above the control post. During bad weather, you can close it with the button. 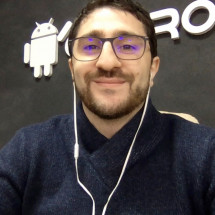 stan.gifford3244
0 2
Reviewed 14 Aug 2020
I bought a V40 in 2018 to replace the 39th model, I really like that it has much more extensive glazing and more cabin windows. Also, according to my subjective feeling, it became much more maneuverable and easier to control, while the power and dynamics remained the same. Quite often we go out on it to the Mediterranean with friends for a couple of days, everything suits me, I don't think about replacing it yet.
Date of visit May 2020
2 Thank stan.gifford3244

If you are interested in the Princess V40, contact your broker or fill out the form:
Add your yachts
Give it the exposure it deserves