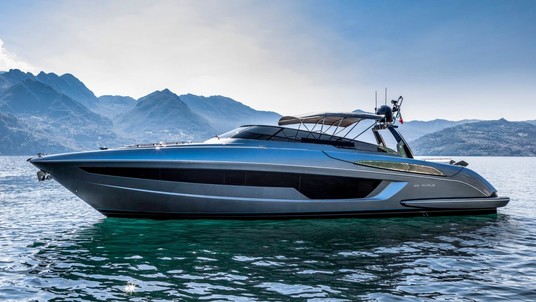 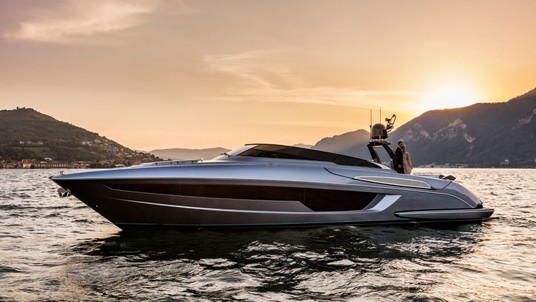 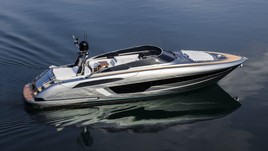 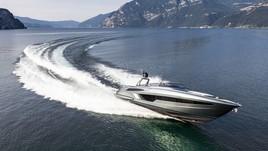 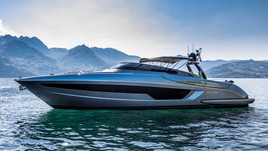 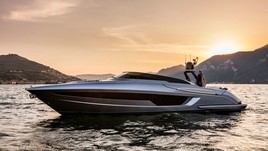 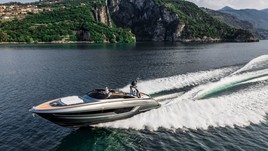 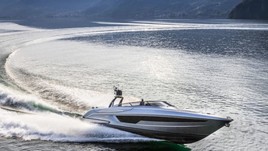 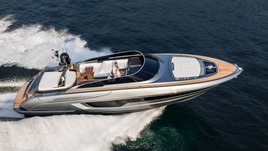 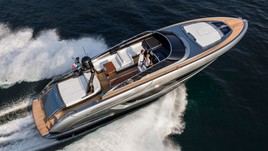 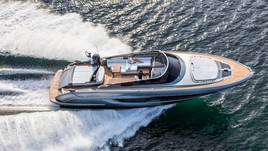 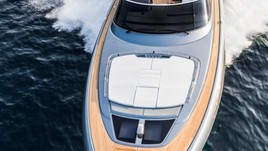 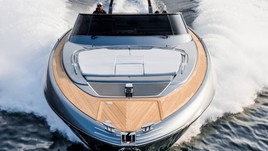 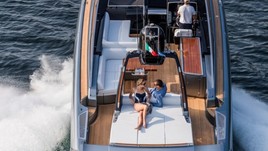 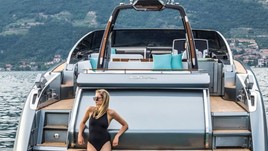 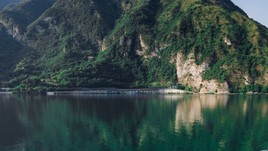 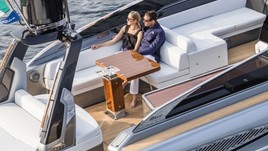 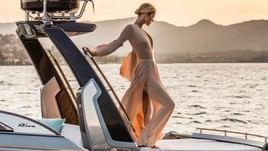 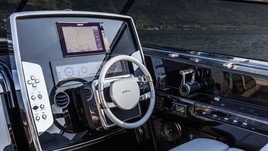 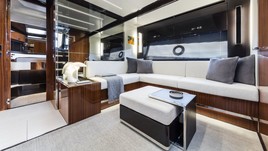 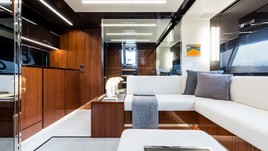 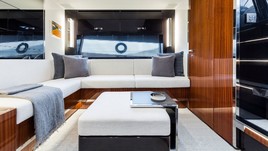 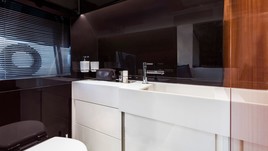 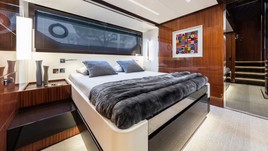 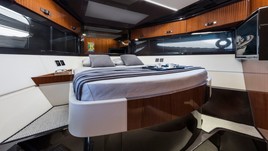 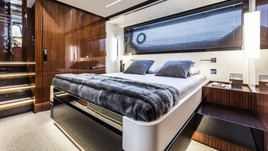 The premiere of the Riva 56 Rivale took place in 2017. The vessel with a length of 17.27 m and a draft of 1.45 m was created by the internal division of the Italian shipyard Ferretti Group, its design was developed by Officina Italiana Design. The predecessor of the yacht is the 16-meter 52 Rivale, which has been produced since 2003.

In 2017, 56 Rivale became the winner of the World Yachts Trophies in the nomination “The most perfect yacht measuring 15-24 meters”.

On the main deck, there is a relaxation area containing a kitchen with a bar, dinette and a lowering bathing platform. The 21 square meter yacht cockpit is the largest in its class. The garage, which is accessible from the stern, accommodates a tender or a jet ski. An electric awning bimini is included in the standard package, optionally it is possible to install a pitch stabilizer.

The layout of the lower deck includes two guest cabins with double beds and a cabin for the crew (optionally, it can be converted into another room for passengers). The maximum capacity of 56 Rivale is 10 people.

The power plant on the Riva 56 Rivale consists of two MAN V8 diesel engines with a total capacity of 2000 or 2400 hp. and propulsion system V-Drive. The maximum speed that a vessel can develop is up to 36 knots, cruising - 32 knots, with more powerful engines - 39 and 35 knots, respectively. The range of a motor yacht is up to 210 nautical miles.

If you are interested in the Riva 56 Rivale, contact your broker or fill out the form:
Add your yachts
Give it the exposure it deserves