In the sailing world there was another shipyard, all employees and customers which have been so sincerely committed to the ideas of its Creator. Life Chantiers Amel is the embodiment of dreams and faith of the Henri Amelia, or Captain Amelia, as in life, everything it has been called.

Henri Amel was born in 1913. His love of boats was already evident at school age, when he watched the sailboats in the Bordeaux. Before the Second world war, Henri had studied ship design and tried to build their own wooden boats. During the war he participated in the French resistance (there appeared the name of Amel, real name Henri — Tone), were in captivity, almost completely lost his eyesight and suffered a serious leg injury. But adversity did not bother the young dreamer. Noting that allied forces used waterproof fabrics, impregnated with polyester resin, Henri quickly realized that the replacement of burlap fiberglass will give a solid material suitable for boat building.

In 1958, Henri uses the abandoned shipyard in Marseille for the construction of the first fiberglass yacht Mistral 23. This and other projects have had success, but business did not come by employees did not share a fanatical passion Amelia to quality. Other attempts were made in Spain, finally, La Rochelle, where another shipyard built the boat project Amelia. But the quality, again, was not satisfied with the designer, and in 1963 he began to build himself. His new venture is completely burned in 1967. Then Amel re-shot molds for making flowers from their yachts have already been built and re-launched the company in 1969.

the long-Awaited success came in 1973. To your Henry, the Captain threw a two-day party and promised that he would send the shares of the shipyard employees, if they work well. This event became a legend, happened in 1975, when Amel returned from ferrying a yacht for the client across the Pacific. Being the way he is on the phone dictating to the designer Jacques C details of the project the new model, which became famous Maramu.

Obviously, the prefix "Captain" to his name, Henri was deserved. Being an avid yachtsman, he knew what needs arise for his clients in the sea. Therefore, the hallmark of all future yacht Amel was fully loaded boats before delivery. The client simply had to purchase some provisions, raise the sails (which could be done independently — Henri all built based on its limited possibilities) and hit the road.

Henry "Captain" Amelia died in 2005, he went to the 92nd year of life. In he handed the management of the shipyard, personally selected by management from among their colleagues. And these people tried not to change principles of work of the Captain. For example, Amel did not build more yachts in the 32 year; it was almost impossible to make changes in the configuration of the boat — the Captain had a better idea of what a yacht should be at sea; the number of employees never exceeded 130 people, and were all holders of shares of the company.

Henri Amel thought that the journey across the oceans should bring only pleasure. So his boat has always been extremely comfortable even for swimming alone or a couple. Amel yachts that is among the first serial received bow thruster, electric winches and other devices that make life easier at sea. Almost all models of yachts Amel had armed a ketch is more practical for ocean navigation. Another characteristic feature is the Central location of the cockpit even when rigged sloop, and protection of the cockpit hard windshield.

review owners, all finishing yachts Amel was extremely pleasant to the touch, since visually impaired the Captain touched hands, and demanded the highest standards in the materials handling. Besides, everywhere on the boat met handles and railings — as the Captain himself walked around the ship, unable to see what is grabbed.

Another interesting fact. The shipyard Amel has not developed the distribution. On the contrary, each yacht delivered by the shipyard at any port at the request of the customer, or the customer himself can do it.

"We don't need any hype — I would say replacing the Captain, the President of the shipyard Michelle Bonnet, our customers are our advertising."

All models designed by Henri Allem, became legends in the world of ocean travel. For example, Super Maramu was built almost 500 buildings. The models now Henry is out of production, but the successors of the stored characteristic features of the predecessors.
In the current line of Chantiers Amel offers a total of three models. Traditionally, this kechi Amel 55 and Amel 64 and the first in 20 years, the sloop Amel 50, which immediately received the title of yacht of the year in Europe in 2018.

Chantiers Amel is based in Périgny near . The mission of the shipyard are also located in hyères and Martinique. 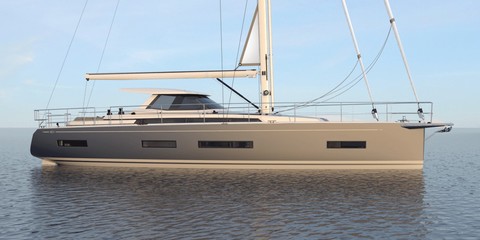 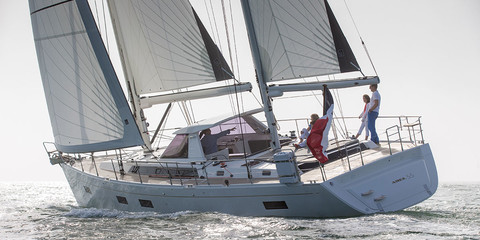 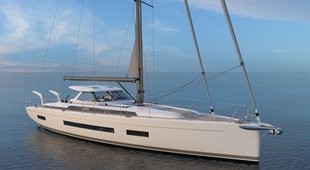 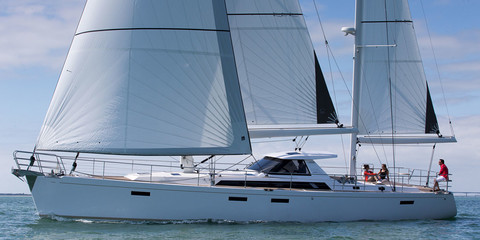 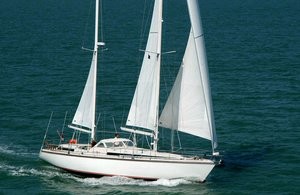 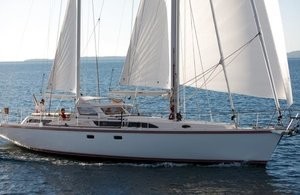 If you are interested in the Amel, contact your broker or fill out the form:
Add your yachts
Give it the exposure it deserves