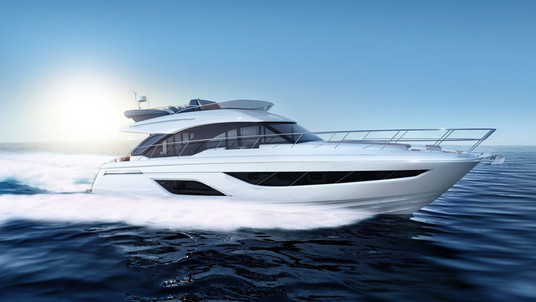 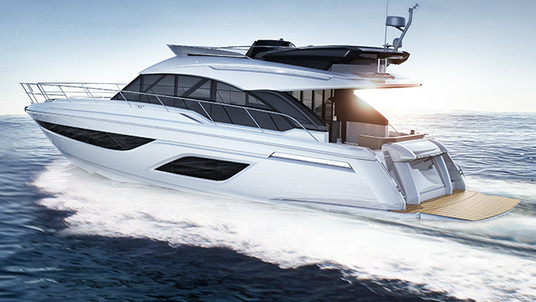 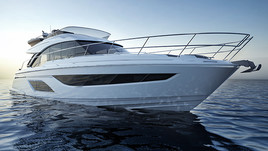 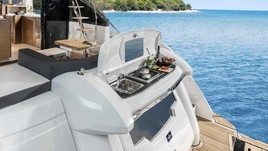 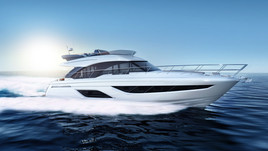 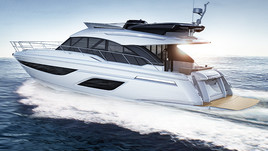 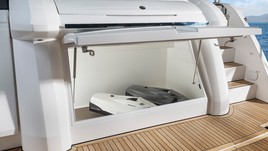 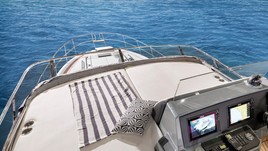 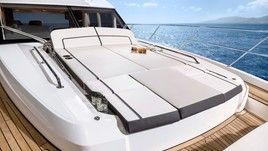 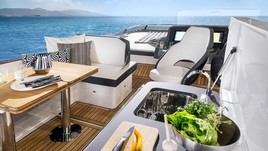 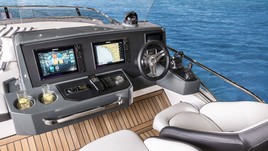 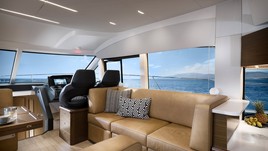 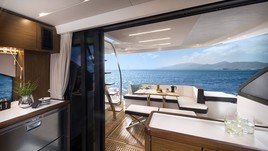 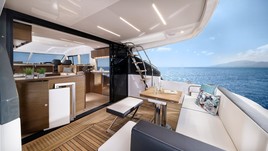 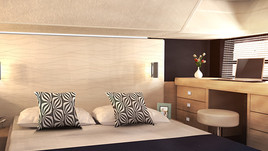 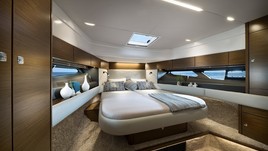 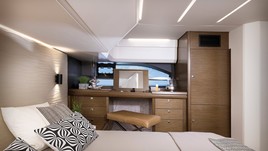 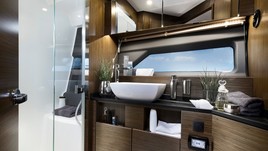 The debut of the Bavaria R55 motor yacht took place in January 2017 at the International Boat Show in Dusseldorf, where it received the status of the largest yacht ever issued by the Bavaria shipyard. The ship was designed by the shipyard's design bureau, together with the renowned design studio J & J Design, as well as the Integrated Quality Control Management Team. The yacht received continuous glazing of the entire cabin, a large number of opening portholes, as well as a glass door in the stern of the vessel, which serves as an exit to the terrace. This model, the world's first sedan-style yacht with two decks - top and bottom. The interior is finished in teak in light tones and is available in several configurations to choose from.

For relaxation, there are wide deck chairs in the bow of the vessel, a spacious flybridge, as well as a shaded terrace in the stern, with a folding table and seats, directly from which you can go to the folding hydraulic transom, providing convenient access to water. On the flybridge there is a full-fledged control post with two seats, sunbeds, a small dining area with a grill, a sink and a wind farm. The Bavaria R55 has a dining area, a control room and a kitchen with a stove, sink, oven, fridge, and storage space for groceries. On the lower deck there are four double cabins with a separate bathroom and shower in each of them.

Yacht Bavaria R55 can go to the open sea, as evidenced by its classification - B. Sea Craft.

If you are interested in the Bavaria R55, contact your broker or fill out the form:
Add your yachts
Give it the exposure it deserves