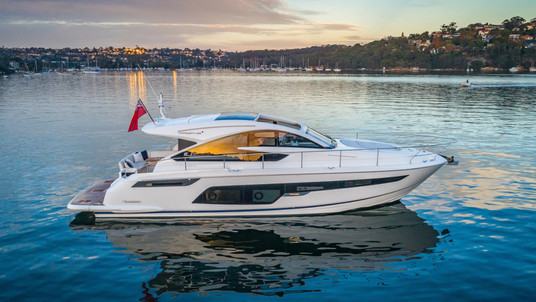 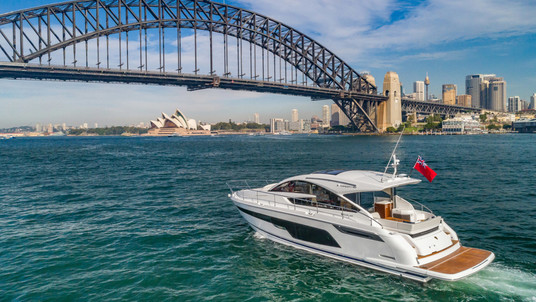 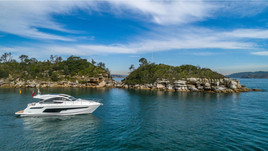 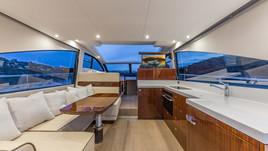 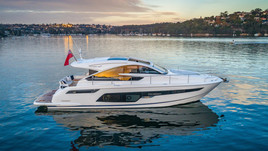 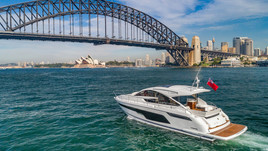 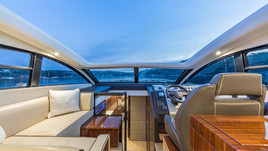 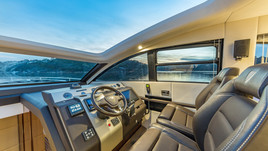 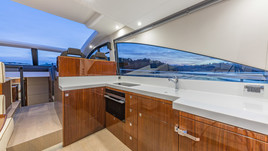 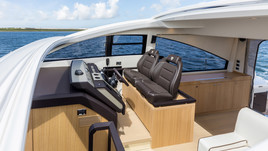 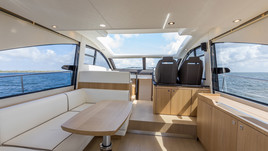 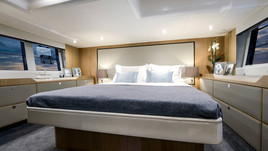 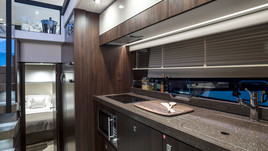 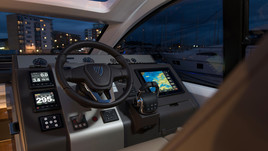 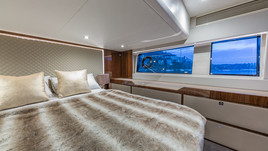 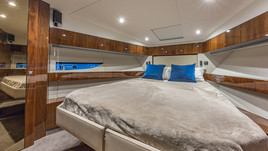 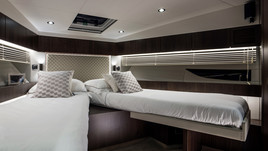 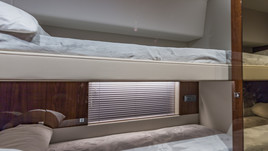 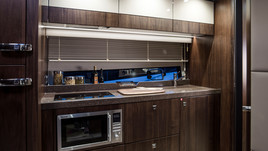 The Fairline Targa 48 GT is a fiberglass planing yacht with a 15.4-meter hardtop. A sports cruiser is much higher and wider than its predecessors, and surpasses them in running characteristics. The yacht model has been produced since 2014, but in 2017 it was modernized, and now it is produced in several versions.

One of the main features of the yacht is a folding hardtop with electric sunroof and glazing from designer Alberto Mancini. An additional plus - sliding glass doors between the passenger compartment and the cockpit, allowing you to create a closed area.

On the spacious upper deck of the yacht posted steering post with a double chair and soft sofas. On the cockpit there is a seating area with a corner sofa, which turns into a sunbed. The lower deck is traditionally used to accommodate three cabins, with double beds and bathrooms. The owner’s apartments, which are located in the bow, are equipped with a bed with a mechanism that allows you to divide it into two beds.

The model of the yacht is equipped with a hydraulic bathing platform for free access to water.

Thanks to its relatively light weight and two Volvo Penta engines with 435 hp installed on it. each ship is capable of speeds up to 32 knots. Fairline Targa 48 GT is CE certified B and is designed to go to sea up to 200 miles offshore.

If you are interested in the Fairline Targa 48 GT, contact your broker or fill out the form:
Add your yachts
Give it the exposure it deserves