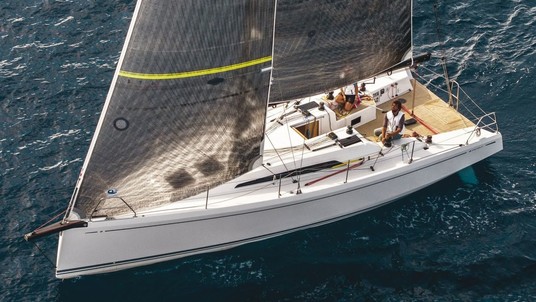 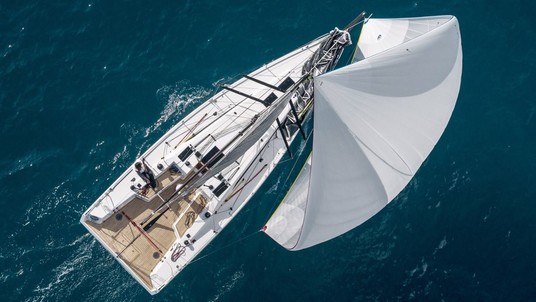 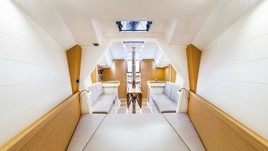 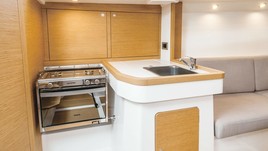 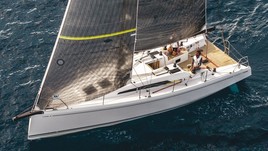 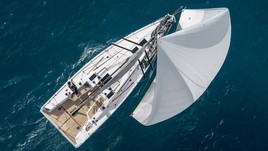 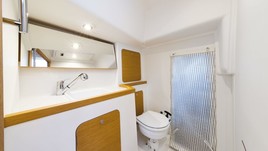 Grand Soleil 34 PERFORMANCE is a lightweight sports cruiser with a fiberglass hull, produced by the Italian shipyard Grand Soleil since 2017. A distinctive feature of the models of this line is the cruciform keel, which significantly improves the controllability and speed of the boat. The yacht received B class seaworthiness - it is intended for going out to sea no more than 200 miles from the coastline.

In the bow of the boat there is a platform on which sun loungers and an outdoor table can be placed. On the sides of the superstructure there are windows in the entire length of the superstructure. A swim platform and a helm station are installed at the stern. On the cockpit of the boat, there is a passage to the lower deck and two sofas with lockers under them. In the middle of the lower deck, there is a galley equipped with a stove, oven, two-section sink, waste compartment and storage boxes. On the starboard side of the Grand Soleil 34 PERFORMANCE is the helmsman's post. In the stern, on the starboard side, there is a bathroom with a shower, on the left side there is a two or three-bed cabin, depending on the configuration. Near the entrance to the bow of the boat, a folding bar counter and sofas are mounted on the sides of it. In the bow of the hull there is a cabin with two berths and lockers below them.

If you are interested in the Grand Soleil 34, contact your broker or fill out the form:
Add your yachts
Give it the exposure it deserves