Yachting infrastructure and attractions of Athens

Athens is the capital of one of the most popular European countries among travelers, while this city is one of the best destinations for yacht charter in Greece. The flow of tourists here only increases every year, and Athens never ceases to amaze visitors with its natural beauty and numerous historical sights. You can visit and view the best marinas in the city, as well as the ports in the Saronic Islands, for an unforgettable moment on your sea voyages! 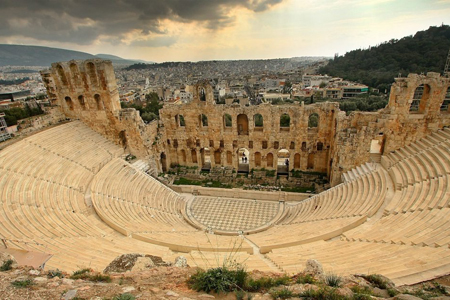 Athens has an ancient and rich history (in which no other European capital can compare with this city) and there are an abundance of attractions here. In contrast to the time, which may not be enough to inspect everything planned. Athens is the center of the cultural, political and economic life of Greece. And the sights of this city are known all over the world and are symbols of the world historical heritage.

The Greek capital not only preserves the monuments of ancient civilization, but also preserves a special atmosphere of incessant celebration and cloudless idleness, which makes the city unique and unlike any other in the world.

The most popular attractions in Athens include: 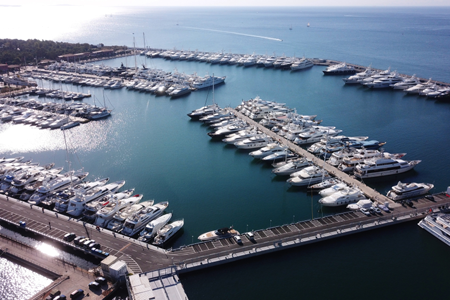 One of the most preferred marinas in Athens - Athens Marina, is the first in the list of recommended when organizing a charter yacht charter. It becomes the starting point for planning trips to nearby destinations such as the Cyclades Islands. The Marina is located 5 minutes from the center of the Greek capital and provides a convenient and quick connection with it.

They can help you rent a car or call a taxi. The nearby port of Piraeus, which is no more than 5 km away, is no less popular. This marina offers a wide range of services, including fuel and electricity, toilets and showers, storage, car parking, laundry service, maintenance, yacht cleaning, Wi-Fi and mooring assistance. In addition, here you can use the services of professional divers.

One of the most popular and modern marinas in Athens is the Athens Marina, where you can find everything you need, including various shops, bars and even a special food market. Also a short drive from the city center in Piraeus is the Zea Marina, which offers boaters a wide range of commercial services, including cold breakfasts, souvenir shops and clothing stores. Zea Marina maintains a friendly atmosphere and the staff are always courteous to customers. The list of services offered: laundry, Wi-Fi, car and boat rental, toilets and showers, a fuel station, as well as cafes and restaurants. Here you can get professional services for hull inspection and yacht maintenance and repair.

Another good parking option is Zea Harbor, where you can not only stroll through the crowded streets of Piraeus, but also watch live concerts organized on the shore. 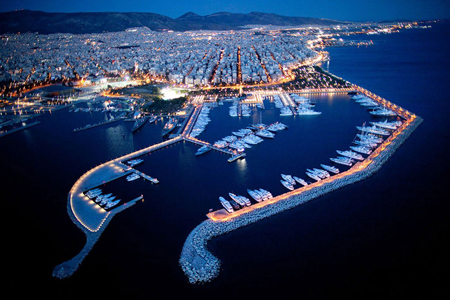 Those interested can stay at Flisvos Marina, especially for the owners of megayachts. This marina is located near the city center and provides good opportunities for visiting the sights of Athens. You can get from here to the center by several types of transport. If you are traveling by car, you can use the ring road, you can also choose from several types of public transport. Attractions close to Flisvos Marina include the Acropolis and nearby museums.

Arriving here by boat, you will be delighted and surprised that there are all conditions for organizing various types of water sports. Departing from Flisvos Marina, you can visit the nearby islands on a yacht and learn a lot about the life and history of the country. Flisvos Marina is a very comfortable and protected harbor offering a range of modern services. If you are involved in any kind of sport, you should definitely like it here. In addition, the port has a watchtower and a magnificent promenade.

If you are interested in purchasing or renting yachts in Greece (or another region of the world), the specialists of 2yachts are always ready to offer their services for you. With us, you will choose the most suitable option for purchasing or renting a boat for organizing recreation or participating in sports competitions.