The attractiveness and popularity of Lake Balaton in Hungary is primarily due to the high level of service - resorts, well-known entertainment complexes, catering establishments, and, of course, there is an established yacht infrastructure. 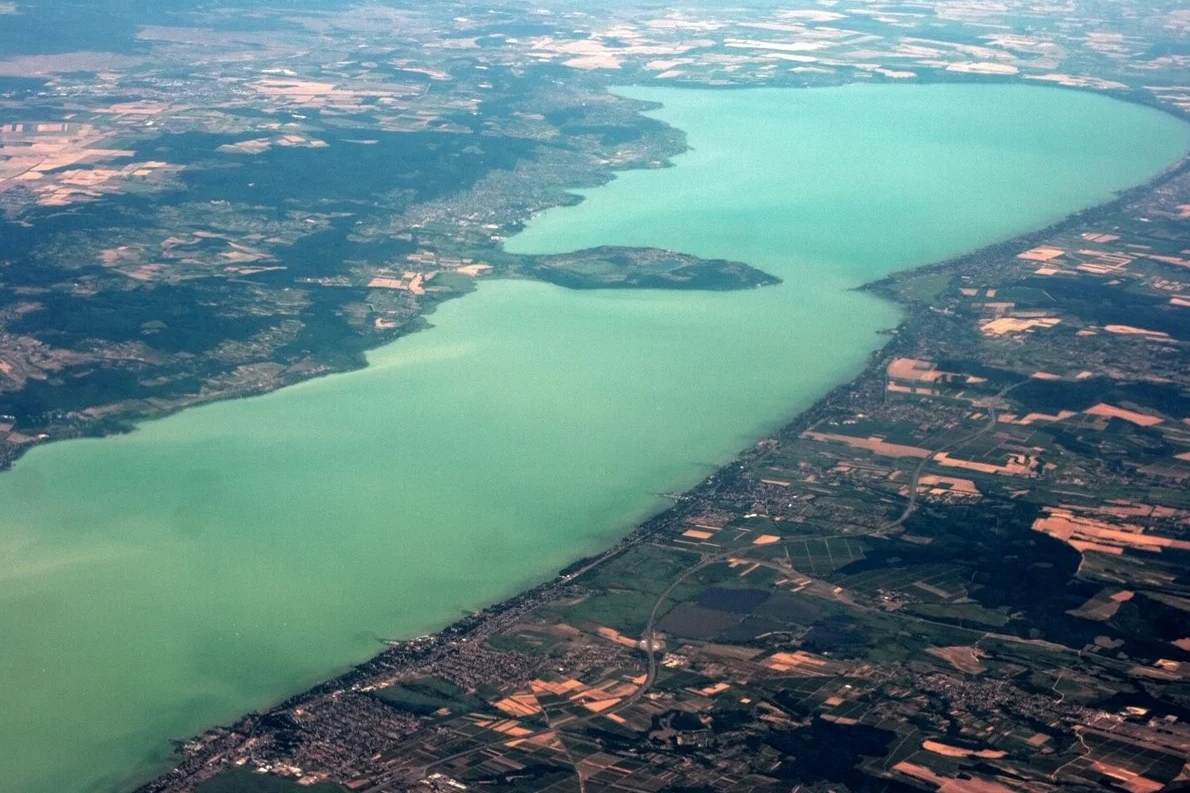 Balaton is the largest lake in all of Central Europe and the most popular yacht charter destination in Hungary. It is located 80 kilometers southwest of Budapest, at the foot of the Bakony Mountains. The length of the water surface is about 77 km, and the width ranges from 3.5 to 14.5 km. The depth does not exceed 12 m in the deepest places. Lake Balaton, with an area of 5,174 km², is comparable to lakes: Albert in East Africa (area - 5,300 km²), Manitoba in Canada (area - 4,706 km²) and Lake. Venern in Sweden, with an area of 5,585 km².

The inhabitants of the country call the lake the "Hungarian Sea" for its grandiose size, unique, rich in iodine, pure water and a special climate created by a combination of mountainous and lowland landscapes. Also Balaton acts as the largest tourist resort in Hungary. The tourist season in the region lasts from early June to early October, and the average water temperature in summer is about 23 ° C, which creates conditions for a relaxing holiday for a long time. 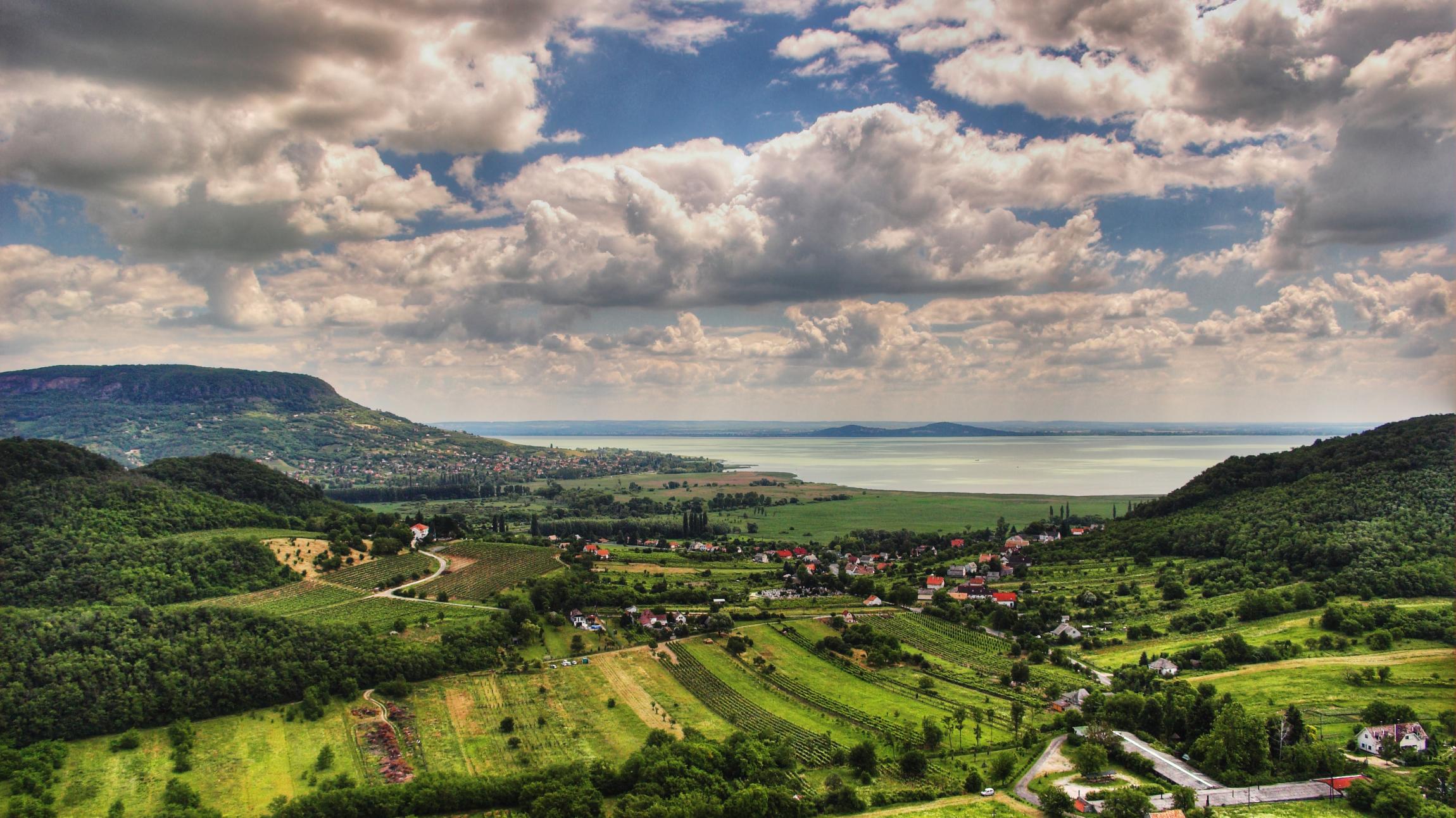 Balaton, as a place chosen by tourists from all over Europe, is almost ideal for spending time actively - there are all conditions for organizing fishing (more than 50 species of fish live in the waters of the lake, including asp, pike perch, grass carp, eel, silver carp, carp, etc.), conducting boat trips with the study of local surroundings and yachting.

You can feel the freedom from the ever-bustling metropolis by going on an excursion to the vineyards located on the northern coast, and plunge into the lively atmosphere - in the resorts on the southern coast. A good decision would be to head to the Tihany Peninsula (it was previously an island, but has changed under the influence of volcanic factors and today it practically divides a single lake into 2 parts), where visitors will find a wax museum with expositions of Hungarian nobles and pirates, an ethnographic museum and a station on the study of the biological diversity of the lake.

On the southern coast, there are numerous resort settlements - life in them is constantly boiling, you can also study the river flowing into Balaton. Hall. Along this small river, there are wetlands called by the local Small Balaton. Warm lake waters, sandy beaches and safe swimming areas are ideal for spending time creatively with children. Thanks to the large number of nightlife spots, the resorts are becoming a center of attraction for young people from different regions. You can head to the north shore, where the wine cellars of local winemakers are in abundance - here you can also find old cellars and wine-making equipment worthy of your attention.

It is definitely worth visiting Budapest before visiting Balaton. It is not for nothing that this city is ranked among the most beautiful capitals in the world (its other name is "Paris of Central Europe"), and you will find here many charming features spiced with Hungarian exoticism. 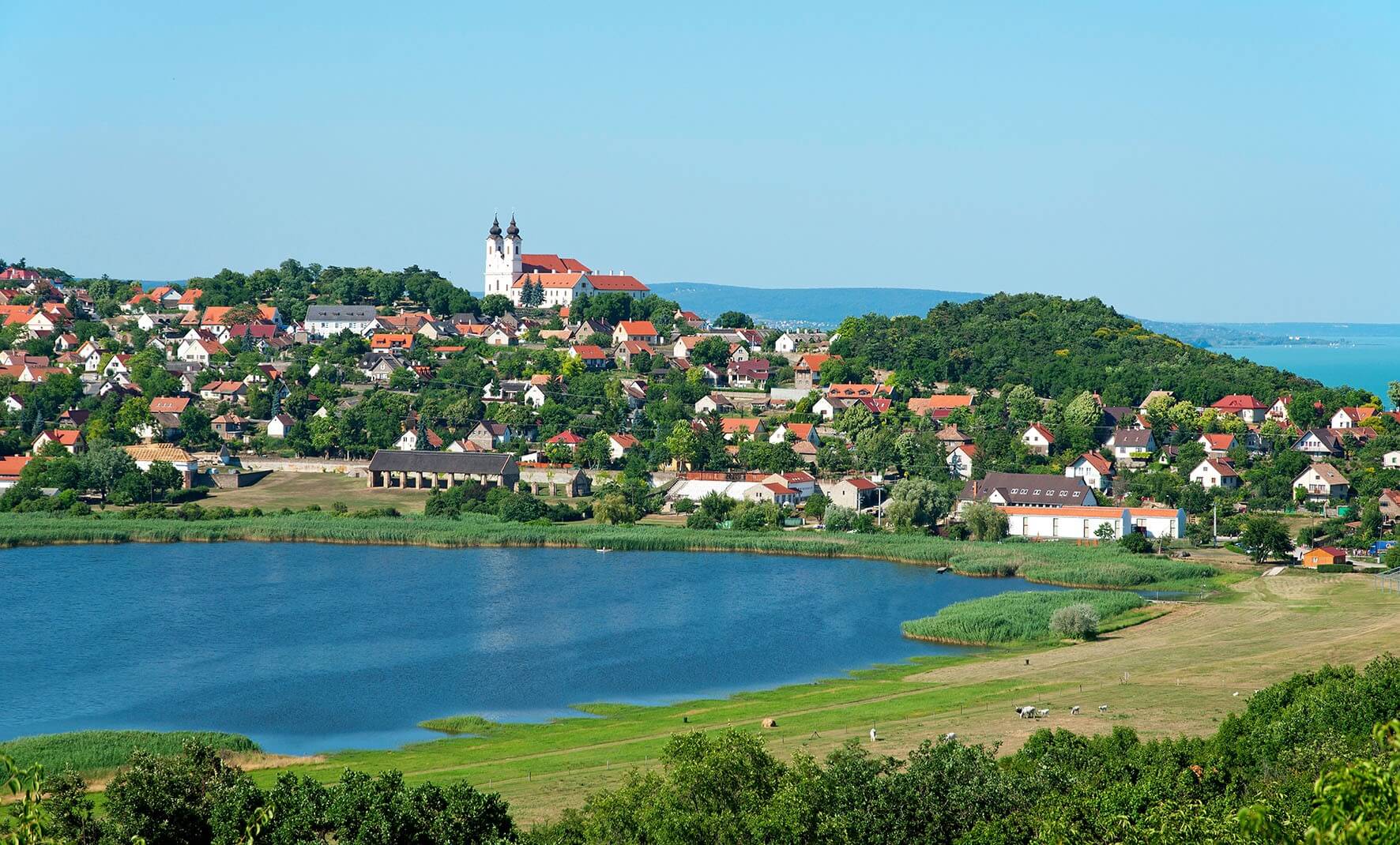 This city with more than a century of history has a large number of attractions worthy of the brush of the greatest artists. The amazing atmosphere of Budapest is created by the hills on the right bank of the Danube, as well as buildings in the styles of different periods of history. Every year the number of hotels and inns in the city is growing rapidly, as well as the demand for housing - the annual flow of tourists exceeds 10 million people!

Among the main city attractions recommended for visiting in Budapest: 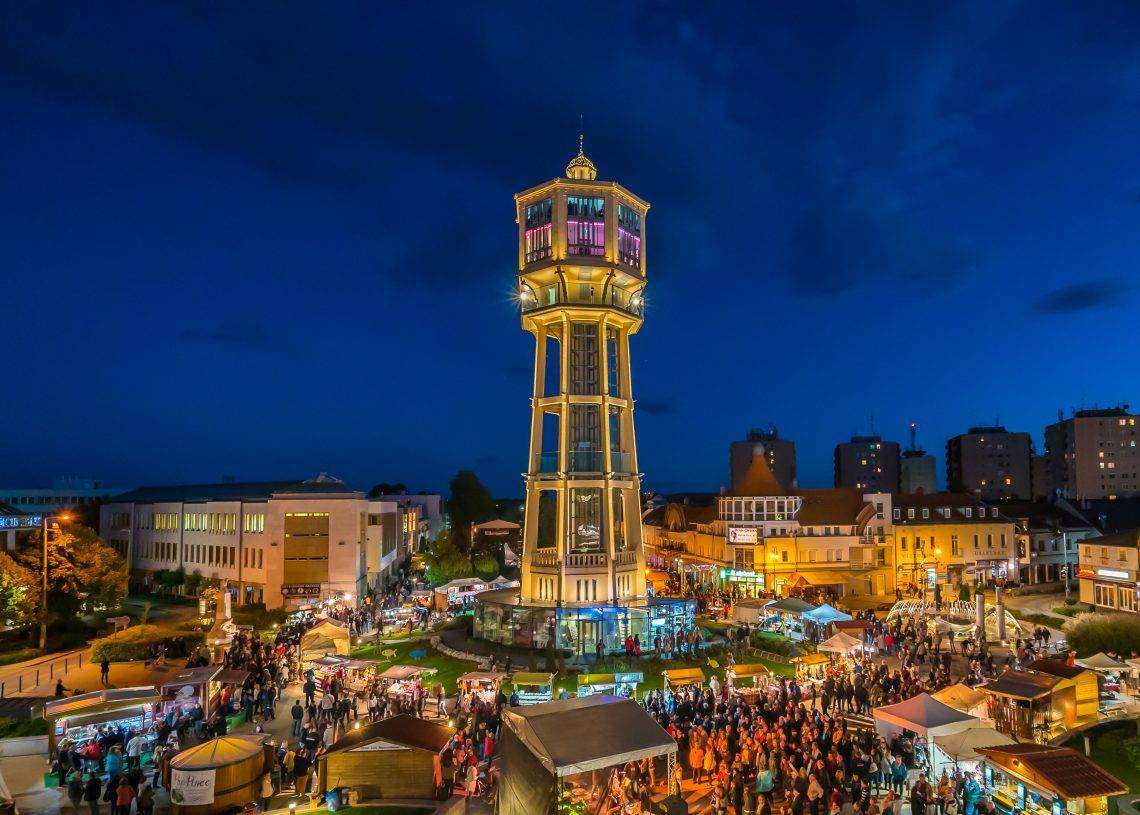 Those who like to travel to unfamiliar countries can be advised to visit the healing thermal springs, try the local cuisine in restaurants or go to the city flickering with night lights and enjoy the evening performances and musicians in the clubs.

The Siofok resort on the southern coast of Lake Balaton is unofficially referred to as the "summer capital" of the country; there are many hotels, clubs and catering establishments at the disposal of tourists. In Siofok, you can taste excellent Hungarian wines, taste local cuisine and visit the Museum of Shipping with a lot of exhibitions dedicated to fishing and the history of shipping in this area. Also worth a visit is the nearby Torek Nature Reserve and the magnificent Balaton Aquarium, which hosts shark performances. Large-scale performances of musicians take place in Siofok, thanks to this city is popular among active European youth.

The Balatonfeldvar resort is one of the most beautiful in the region, here tourists will find the silence of cozy alleys, walks along the richly furnished embankment and in numerous gardens and parks. However, it is considered the unofficial capital of sailing. Yachting fans should head to the nearby Golubiny Island, where a wine festival is held annually at the end of summer. The town of Balatonfüred in the northern part of the lake is world renowned not only for its equipped beaches, manicured parks, but also for its mineral waters, the health properties of which have been used since time immemorial. 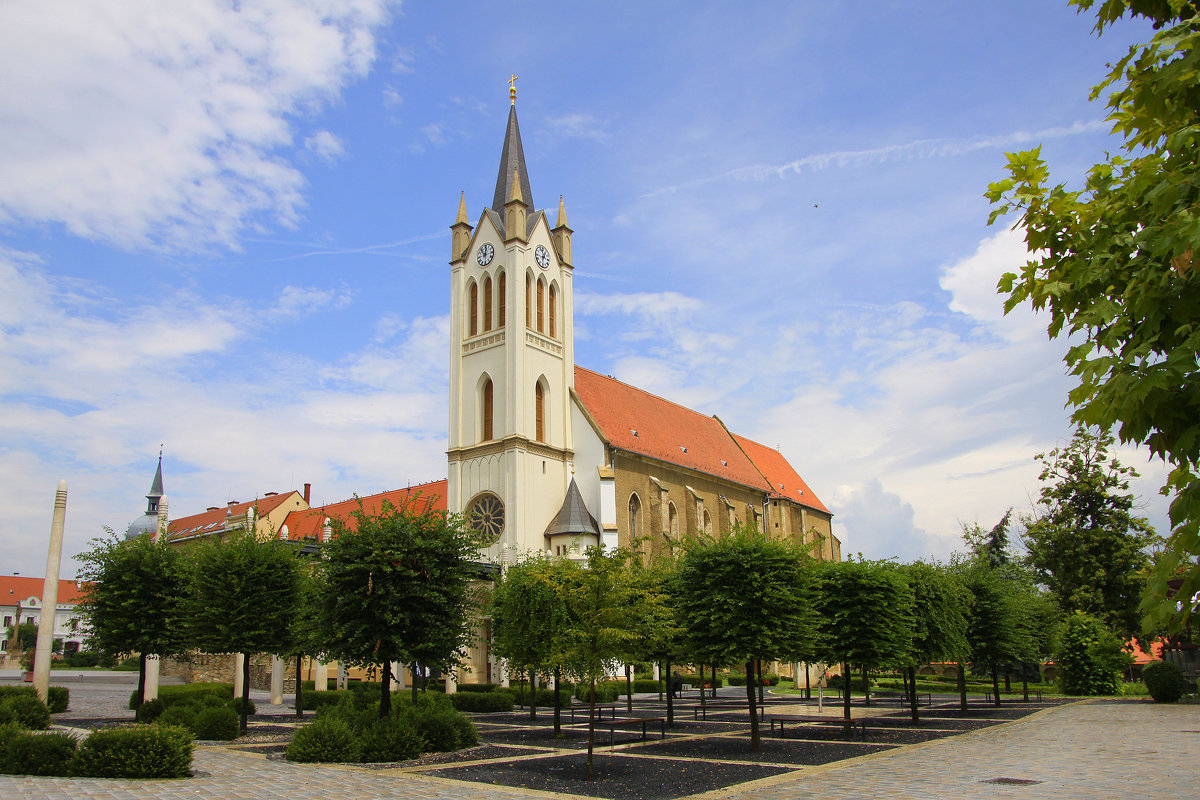 Also popular among tourists is the city of Keszthely - the oldest of all located in the Balaton region. Here you can enjoy the view of baroque buildings, visit the magnificent palace with a museum and the medieval part of the temple, as well as the Balaton festivals. In Keszthely, there is the Franciscan Church of 1386, which has undergone numerous reconstructions, the Town Hall and the Sümeg Fortress. Also in the city's surroundings there is a thermal spring, which is a kind of geyser - the water from it has healing properties.

One of the most picturesque corners of Lake Balaton is the Tihany Peninsula, where you can explore the ruins of the Benedectin Abbey. During the summer, organ concerts are organized here, and you can see the inspiring panoramas of Lake Balaton by walking up to the Csus hills surrounded by lavender fields.

Modern Balaton lives off the income from tourism, and the peak of attendance at its resorts occurs in the period from June to August. The most modern port is Marina-Port in Balatonkenese (a small town in Veszprem county in the west of the country). On the shore of Lake Balaton, you can easily find an affordable marina in any area.

If you are interested in purchasing, selling or renting yachts on Lake Balaton, use the professional help of 2yachts specialists. We can guarantee the provision of the most up-to-date information from the yacht market and support at all stages of the transaction. With us you will find your dream yacht!