Cyclades islands: yacht charter in the most picturesque places in Greece 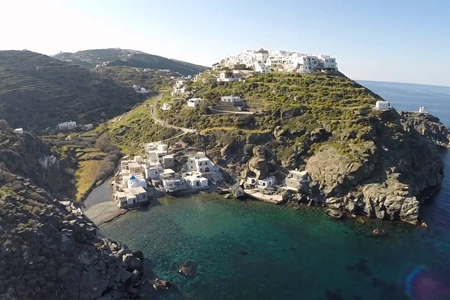 There are so many beautiful and interesting places in Greece that it is sometimes difficult to plan the desired route so as not to miss important sights. The Cycladic archipelago is a typical Greek island and an ideal summer sailing destination. Visiting these places, yachtsmen can explore caves and other natural attractions, enjoy picturesque views, as well as walks through picturesque towns with dazzling white buildings and swimming in wild bays. According to mythology, the Cyclades islands together form an invisible circle (or "Cyclos") around the island of Delos, considered sacred, like the land of Apollo, the god of light.

The climate of the Cyclades is warm with a predominance in the summer months of the "Meltemi" wind, known in Ancient Greece as "etesian" (translated as "annual wind"). Meltemi forms daily in the Aegean Sea when a high pressure area forms over the Balkans and in Turkey a low pressure area. The mild breeze is especially pleasant in summer, but only until it picks up a stormy force. The Cyclades are small in area and united in a close group, which creates almost ideal opportunities for yachting. Thanks to the islands' proximity to each other, you can relax your sailing schedule by spending more time on sightseeing and shopping.

The Cyclades islands are very popular among yachting lovers, and although their total number exceeds 2 thousand, yachtsmen mainly travel to inhabited ones (and there are only 33 of them). As a rule, trips to the Cyclades on chartered yachts start in Athens or in Lavrion. Managing a sailing yacht in this region requires skill as there are frequent strong winds.

It is known that the Cyclades islands have been inhabited since the Neolithic period, and they flourished in the 3rd millennium BC, when the Cycladic culture was formed here, the history of flourishing and development of which exceeds the history of the Minoan culture. The two cultures developed in parallel, giving the world outstanding works of art, such as the famous Cycladic figurines depicting musicians, warriors, women with children.

Each of the islands in the archipelago is interesting in its own way, and in one way or another is associated with ancient mythology. And the island of Milos gained worldwide fame thanks to the statue of Aphrodite found here, which now adorns the Louvre Museum. If you had to choose the most impressive from a large number of attractions in Greece, then, without a doubt, among them would be Santorini - a rocky island, the beauty of which is created by a volcano. The mouth of the volcano (caldera) is located right in the middle of the island, in a deep bay. 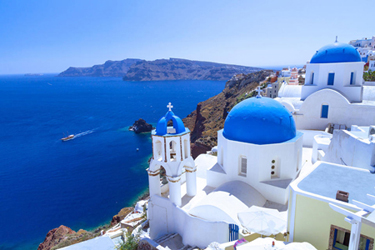 The picturesque views of the island of Santorini are well known to everyone from postcards, and this place has attracted tourists from all over the world for many years. Its snow-white buildings and sheer cliffs, which are cliffs of a volcanic crater, are hard not to recognize. According to legend, it was here that the legendary Atlantis was located.

It is the southernmost of all the Cyclades islands and is located about 225 km southeast of Athens. The island is visited by many cruise ships; many of those who rent a yacht in Greece seek here for the beautiful views. You can stop on the yacht in the Vlikada Marina in the south of the island (the approach to it is complicated by shoals) or at the pier of the Oia village in the north of Santorini (there is a restaurant with delicious food nearby). In addition, there are several private buoys near Oia (but if the owner returns, the buoy will have to be vacated). 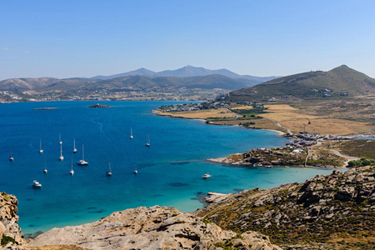 Paros is one of the most significant islands of the archipelago, it is the birthplace of the most beautiful Parian marble (from it, for example, Venus de Milo and Nika of Samothrace and other ancient masterpieces were made). A unique snow-white stone with a transparency effect in ancient times was used to make Greek palaces and temples (for example, the Temple of Apollo in Delphi).

The mountainous island of Paros is located 144 km southeast of Athens and is separated from the nearest island of Naxos by a strait about 6 km wide. The total length of the island's coastline is 112 km, and you can find a safe marina on either side. Windsurfing fans gather here - several stations are located in the area of the Golden Beach and neighboring bays.

The neighboring island, Antiparos, is very popular with tourists, including those traveling by yachts. In ancient times, Paros was the center of the Cycladic civilization and served as a place for the extraction of excellent quality marble. On the island, many chapels and monasteries have survived to this day, as well as 2 fortresses from the Venetian period. 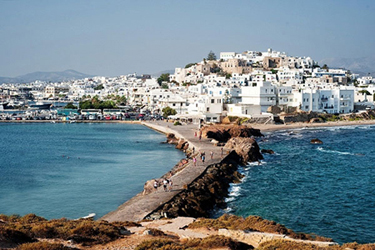 Naxos is the largest of the Cyclades. The closest large islands are Mykonos 28 km north, Paros 7 km west and Iraklia 6 km south. To the south, there is a group of islands in the Lesser Cyclades, which is of considerable interest for organizing yacht travel.

You can stop at the port of Naxos and the port of Kalantos, as well as the services of yachtsmen - the marina of Naxos. There are many interesting villages with vineyards, olive and citrus groves. The west coast is full of long beaches. 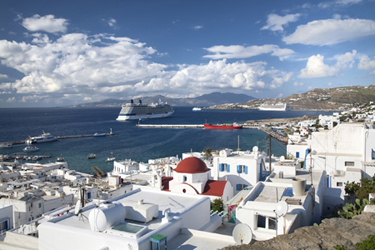 The island of Mykonos is world renowned for its windmills, small coastal villages with quaint houses and vibrant nightlife.

It is a very popular island among tourists, connected to Athens by ferry and air connections.

The coastline is over 50 nautical miles indented and there are many convenient bays to anchor. 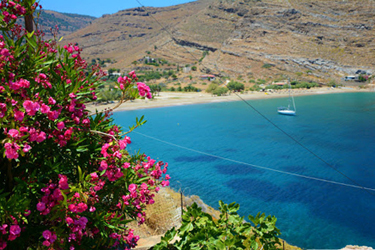 The mountainous island of Kea is the custodian of the distinctive atmosphere of the Cyclades.

It is located in close proximity to the mainland, and from its highest point there are beautiful views of the sea and neighboring territories. The island itself is elongated, and its length (19 km) is 2 times its width (about 9 km).

Yachtsmen love Kea for the opportunity to organize a trip to the Cyclades by renting a yacht in Lavrion or Athens. 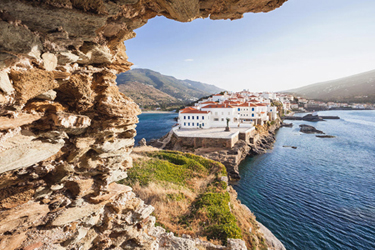 The island of Andros is located in the very north of the archipelago, 80 km east of Athens. Its mountainous territory has many rivulets and streams, and for this reason a lot of greenery grows here.

Andros has a well-developed tourist and transport infrastructure and its many attractions are worth exploring in detail. The nearest marinas are located in the port of Gavrio (the main port of the island), Batsi Bay and Castro Bay.

The harbor of Gavrio is most protected from the winds, but in the Bay of Castro during Meltemi, a wave can form, which enters the harbor. 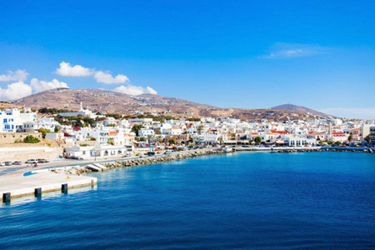 In the north of the archipelago is the mountainous island of Tinos, which is one of the main religious centers of the country.

As a rule, yachts stop at the port of the main city - Tinos; there are also many anchorages scattered along the coast.

The fishing port of Panormos (the port of entry to Greece) is also popular with yachtsmen. 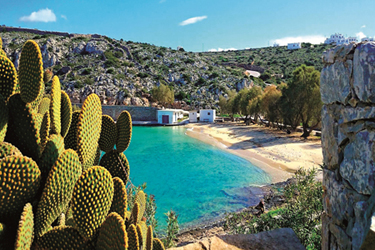 The island of Iraklia is located 6 km south of the largest island of the Cyclades - Naxos, and there are only two settlements here: the village of Panagia in the center and the port of St. George in the north-east of the island.

Despite the fact that the coastline is indented, there are not many suitable parking places.

All the key attractions of the island are natural (Agios Ioanis cave, beaches in Alimia, Skhinoussa, Karvounolakos, etc.).

If you are interested in buying, selling or renting yachts in Greece or another region - use the help of specialists from 2yachts. We will provide you with the most up-to-date information from the yacht market and provide support at all stages of the transaction. With us you will find the yacht of your dreams!