0 yachts for rent in Livorno

Livorno was made up of a dense network of canals and surrounded by fortified city walls to protect it from the rival states of the time. Today, the Venice area retains most of the original urban and architectural features, from bridges to narrow alleys, noble houses and canals that lead to the Medici port overlooking towers and fortresses. Livorno is ideal for starting a sailing trip along the Tuscan coastline, as it is closest to the Gorgona in the Tuscan archipelago and close to Corsica and Sardinia.

If you are interested in yacht charter in Livorno - use the capabilities of our website, the system will automatically generate a list of the most suitable offers at your request. Warm blue sea, sunny day and fast yacht - what else do you need for a great vacation? Please note that the rental price will include the cost of fuel, parking fees, yacht cleaning and insurance. Hire a yacht today and embark on an exciting adventure that takes you to discover the picturesque coastline, sample local cuisine and relax on beaches with clear waters.

Tourism in Livorno, known as Leggorn in English, has grown over the past few years, and more and more tourists today are paying attention to the city, and it is no longer considered only as a stopover when visiting Florence and Pisa.

Livorno is a city in Italy, located in Tuscany, with a population of about 160,000 people, an important port for ferries to Corsica and Sardinia.

Livorno began with a small fishing village on the Tyrrhenian coast, located in a small natural bay, a few kilometers south of the mouth of Arno and the city of Pisa. While his sisters - Tuscany, Florence, Lucca and Pisa were more influenced by artists, cultural and commercial, Livorno remains at the margins of history.

The event that changed the final and irreversible fate of the small village of Livorno is the natural and gradual siltation of the only access to the sea that the Pisa Republic possesses, the ancient “Port of Pisano”, also known to the Etruscans and Romans. Pisa was forced to find an alternative solution to continue shipping and trade. It was in the small village of Livorno, which was fortified and equipped , that the Pisa Republic flourished. At the beginning of the 14th century a lighthouse was built (called the Fanale), and by the end of that century, fortifications were built around the city.

In violation of the image of an ordinary port city, Livorno is now the location of many bars, cafes and restaurants that complement the charm of the city 's historical monuments , such as Quattro Mori, Fortezza Vecchia (Old Castle), Fortezza Nuova (New Castle). The main attractions of the city, such as the Terrazza Mascagni, the Sanctuary of Montenero and Aquario di Livorno, as well as the latest in this quarter, such as Cavallino Matto, are known outside the city! Although it was one of the most sought after places for people like Francesco I Medici, the Grand Duke of Tuscany, it has become a place of salvation for people who have suffered for their religion, race, culture and customs.

Shopping in Livorno is fun thanks to a variety of shops selling a wide range of goods and crafts. And if you’re tired of shopping, just relax in one of the cafes and see how the world lives around! Various cafes and restaurants offer stunning views of the city and the endless sea, in addition to delicious local cuisine, coffee, hot dogs and much more!

Regardless of whether you visit Livorno for a cruise stop for a few hours or a day, or plan a 1-day or 2-day route, you will surely be pleasantly surprised by an interesting combination of old and new .

Conceived in the Italian Renaissance as an “ideal city”, Livorno was composed of a dense network of canals and surrounded by fortified city walls to protect it from competing states of the time. Today, the area of Venice retains most of the original urban planning and architectural features from bridges to narrow side streets, houses of nobles and canals that lead to the port of Medici with views of the towers and fortresses. Livorno is ideal for starting a yacht trip along the Tuscan coastline, as it is closest to Gorgon on the Tuscan archipelago and not far from Corsica and Sardinia. Interestingly, the name Livorno is translated from English “leghorn”, this word is used to denote the breed of chicken.

To order a yacht charter in Livorno, use one of the offers on our website and get all the benefits of renting directly from the owners. We guarantee you low prices and additional discounts when choosing suitable rental offers in Livorno. 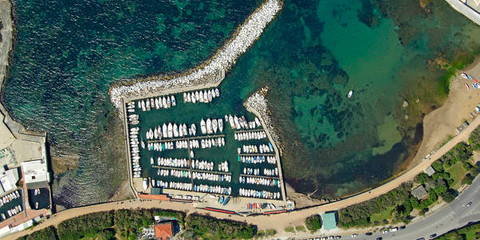