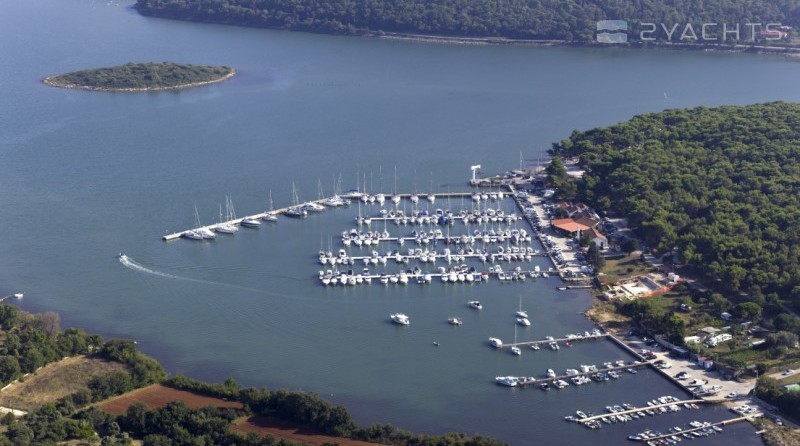 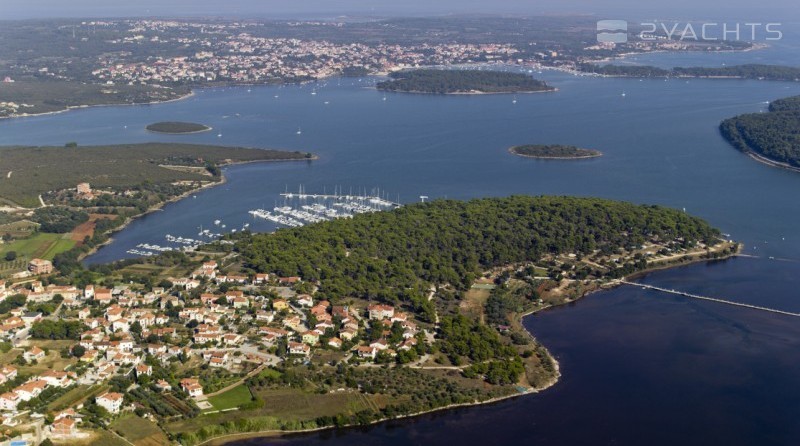 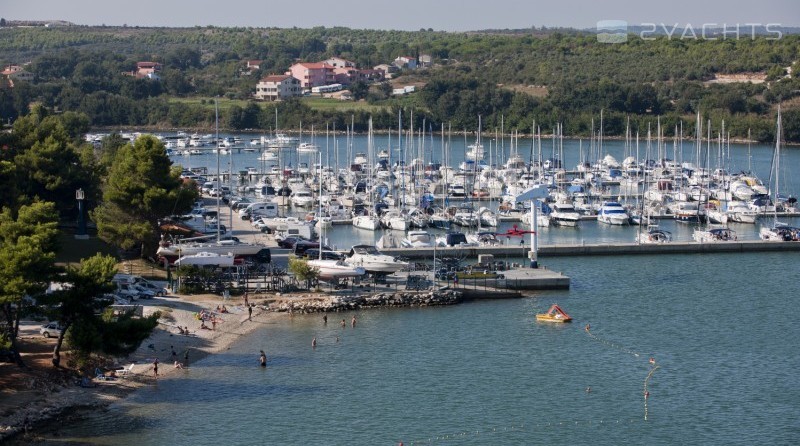 On the southern tip of the Istrian peninsula, located in the deepest part of Medulin Bay, lies ACI Marina Pomer. In 2016 comprehensive redevelopments were completed: the old buildings of the summer marina have been removed and brand new facilities on land have been built. Today, ACI Pomer is a beautiful and modern marina in the Mediterranean style with a new reception and exchange office, ATM, new toilet facilities and separate section with accessible toilet facility, a laundry, a grocery store that operates during the boating season, a charter agency, technical service, crane for boats up to 10 tons, premises for the crew, automated and guarded driveways, car parking, new electrical cabinets on dry berthing, a pumping station for pumping waste water from the vessels, with the latest WLAN internet access. The new restaurant has a lovely terrace, and next to it a swimming pool with a pool bar. The marina has also received a special storeroom in which boaters can store their equipment such as bicycles, scooters, surfboards, outboard motors … The novelty are also the “green islands” in the marina that are used for selective waste collection. The marina is equipped with electric power connections of 16 to 63 A. Along the whole marina and next to the sea a beautiful walkway has been built, with modernly designed benches, lighting and decorative Mediterranean greenery. There is a place in the marina even for the youngest boaters– a fenced playground. Istria’s glorious nature will bewitch you and charm you, and the sea, the wind and the unpolluted countryside will help you forget all worries and stress. The ancient Romans were the first to be captivated by Pomer when they built their country villas here. This old fishing village will be an ideal haven for all those searching for the unspoilt Mediterranean and its natural and culinary delights. The ancient tradition of fish and shell farming is still practiced here, and boaters who come to Pomer never miss the opportunity to savour choice seafood dishes, prepared according to recipes that date back as far as a thousand years. Approach The marina is in the northwestern part of Medulin Bay, which opens up between Cape Kamenjak and Cape Marlera. Due to numerous reefs and shoals it is recommended to approach through the main channel, sailing east of the islet of Fenera (exact position 44°46.2’ N 13°57.2’ E), and then passing between the islands of Ceja and Bodulas. As the sea is much shallower around Bodulas Island, it is safer to sail closer to Ceja Island. When approaching at night, the course between the islands of Ceja and Bodulas is marked by the lighthouse on Cape Munat (Fl W R 2s 9m 7/4M). Once deep inside the bay, steer toward the middle of the passage between Cape Munat and Cape Kasteja, and then toward the island of Pomerski Skoljic, which should be rounded from the east. ACI Marina Pomer is sighted next. In daylight it is recognisable by a distinctive white crane. Note: It is recommended to use official navigational charts published by HHI Split: 100-16, 50-3, MK-3 and MK-4.
Read more 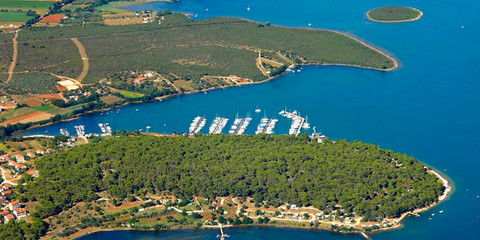 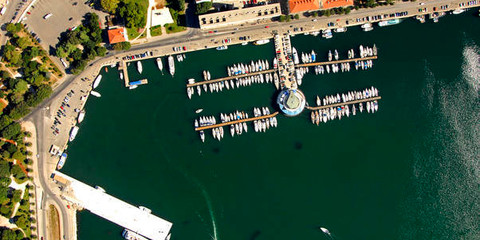 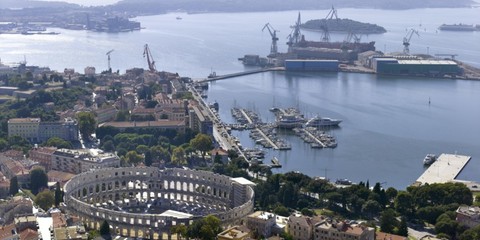 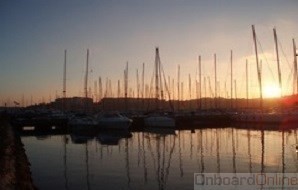 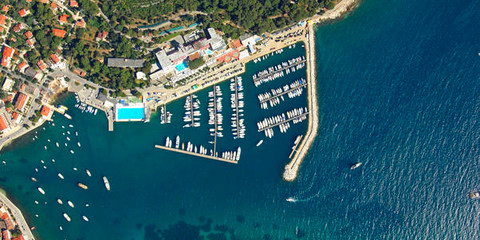 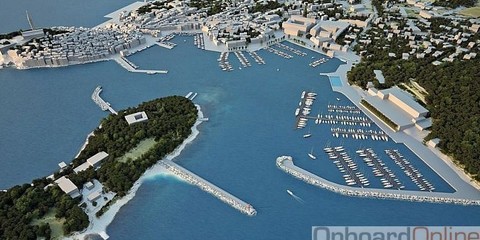 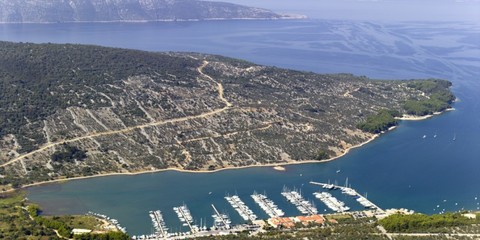 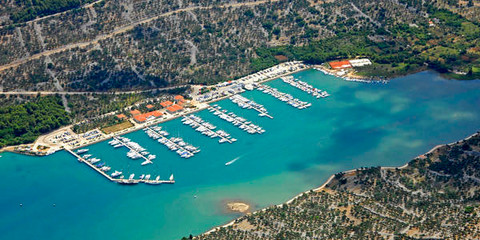 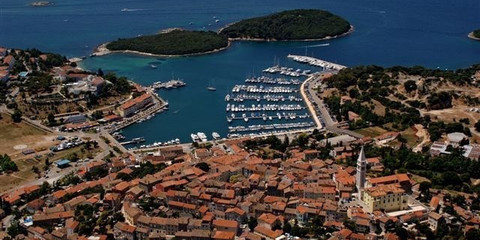