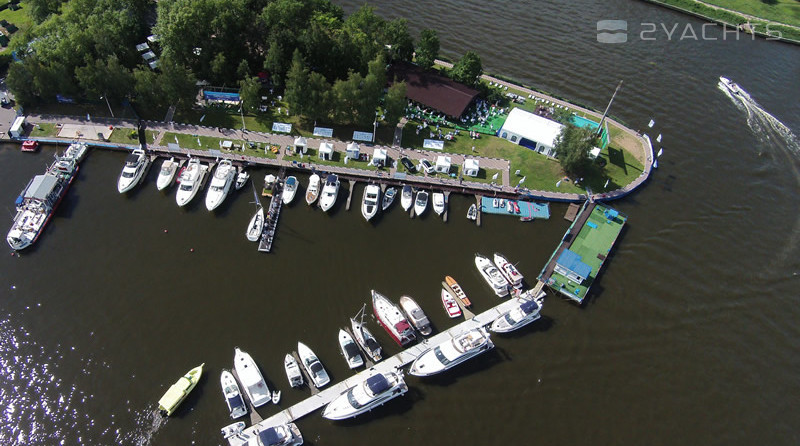 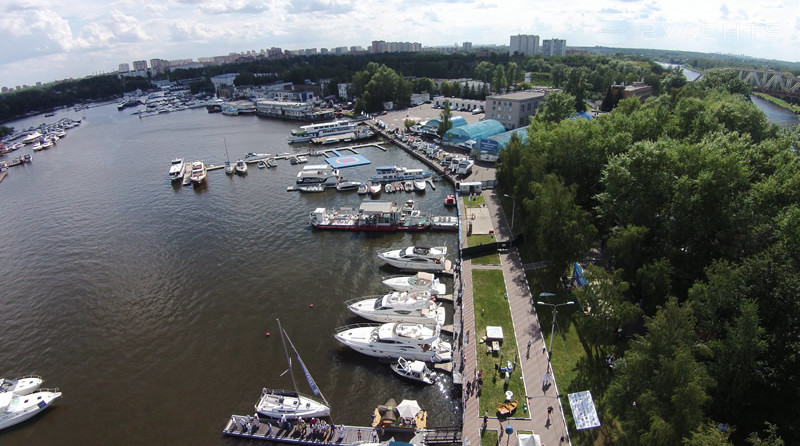 Moscow yachting port / Yacht club MRP is located in Dolgoprudny, a town near Moscow, on the banks of the Khlebnikovskoye backwater of the Klyazma reservoir, famous for its high density of yacht clubs and sunny beaches, popular among residents of the Moscow Region. The pier is designed to receive 200 vessels up to 150 meters long, and the port's infrastructure allows providing services at the European level, including repair at a high technical level.

Among the services and infrastructure facilities provided on the territory of the Moscow yachting port / Yacht club MRP:

You can get to the Moscow yachting port / Yacht club MRP either by car - 6 km from MKAD along Dmitrovsky sh., In the Gribki settlement, then turn right at the Moscow Yacht Port sign after the construction market at the entrance to the overpass. Then drive under the bridge and keep to the right, moving along the main road, then follow the signs for “Moscow Yacht Port” and “Yacht Club MRP” to the railway crossing, turn right before it, after 300 meters on the right side there is an entrance barrier in the "Yacht Club MCI." Also, by car you can get through Dolgoprudny on the Likhachevsky highway, after the railway crossing of the Vodniki station, turn left. Another way is to take a suburban electric train from Savelovsky Station to the Vodniki station. You can also fly to the yacht club by helicopter.

Have a good rest on the territory of the oldest yacht club near Moscow!

0,17 nm away
Water sports base "the Chemist"

0,17 nm away
Water sports base NIOPIK

Russia
1,26 nm away
The yacht club of MSU

10,65 nm away
The yacht club is a floating village "Marina "Yellow pub"

11,34 nm away
Search-and-rescue station of the MES Karamyshevo