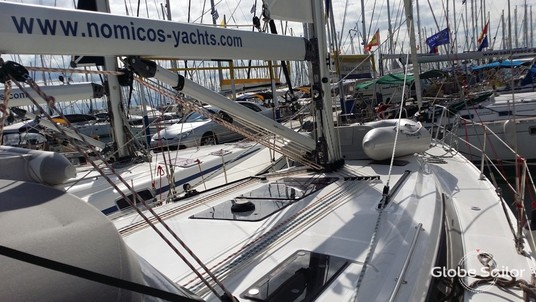 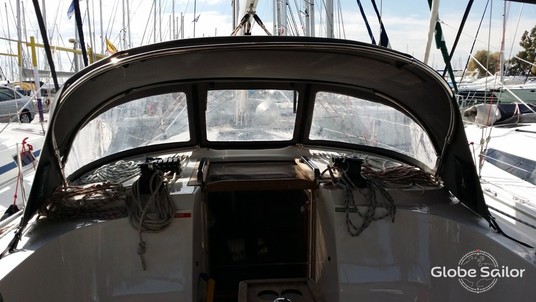 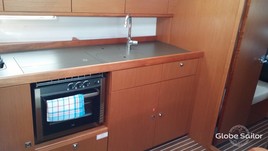 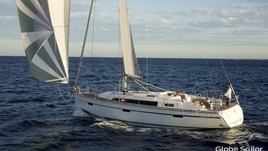 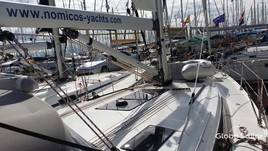 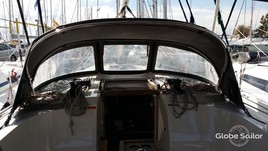 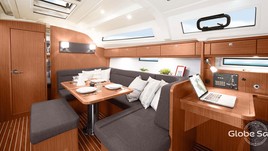 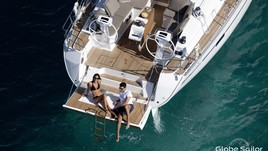 The Bavaria Cruiser 41 was presented at the 2013 Boat Show in Düsseldorf. The design of the vessel was carried out by the shipyard's design bureau, together with the well-known design company Farr Yacht Design, which traditionally designed the yacht in the Mediterranean style for the Cruiser line. The main difference between this model and its predecessors is the extensive glazing of the entire vessel: on the roof of the main deck there are six opening hatches, two rows of portholes on both sides of the cabin. On each of the portholes installed blinds and mosquito nets. The interior is trimmed with mahogany in dark colors.

For relaxation, there are sun loungers in the stern of the vessel and a folding transom with hydraulic drive, which provides convenient access to water and, thanks to special fittings, can be used as a tender garage.

The yacht has a dining area, a small workplace and a kitchen with a sink, stove, oven, refrigerator and a place to store food supplies. For guests, there are three double cabins with two bathrooms. In previous models of the shipyard, the interior of the vessel was divided into upper and lower decks; in this model, all rooms are located on the same level, which greatly simplifies the movement of the yacht and allowed to make the ceilings higher.

Sails for the Bavaria Cruiser 41 are made by the Danish company Elvström Sails, and Volvo was involved in the creation of the engine. Engine power is 40 hp, and the fuel tank is designed for more than 200 liters of fuel.

The yacht has received the classification A.Sea Craft and can be used for access to the open ocean or long sea voyages. 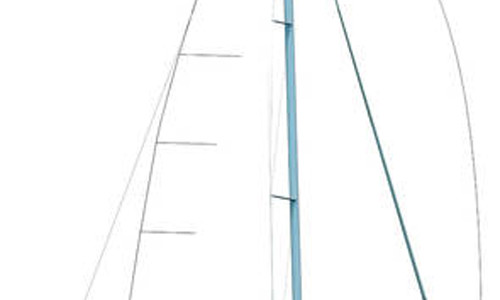 If you are interested in the Bavaria Cruiser 41, contact your broker or fill out the form:
Add your yachts
Give it the exposure it deserves