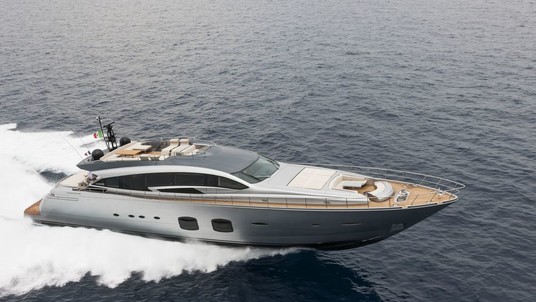 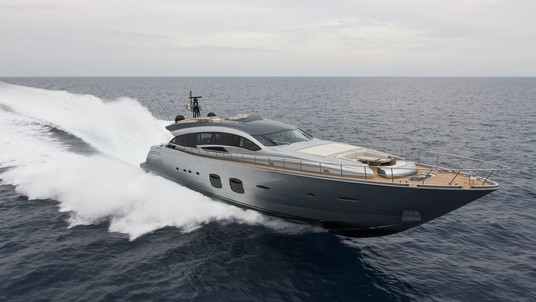 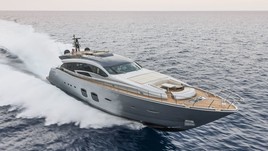 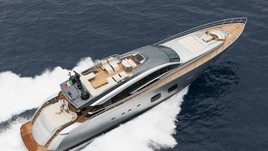 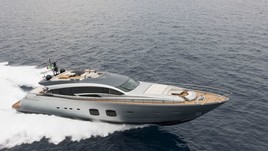 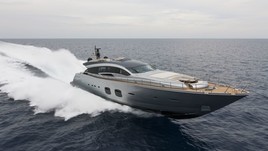 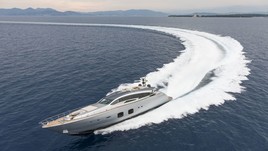 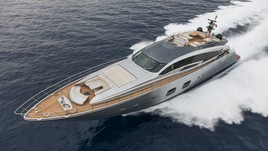 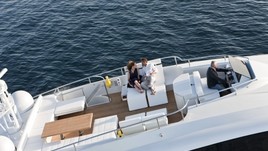 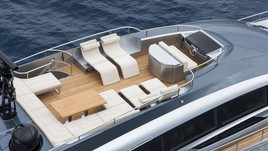 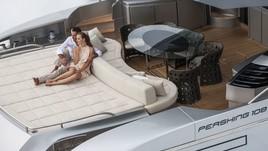 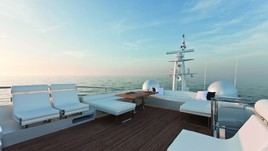 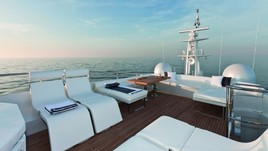 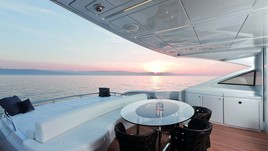 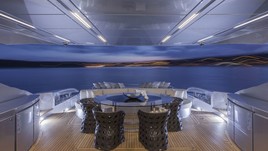 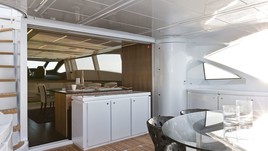 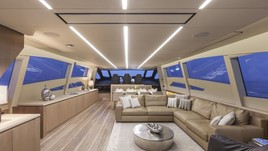 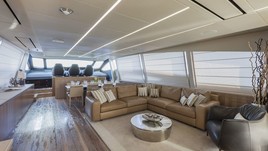 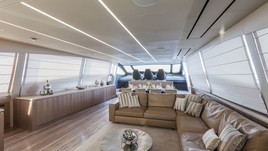 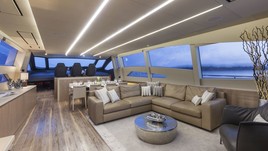 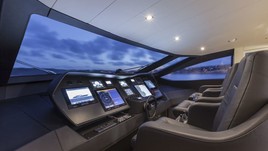 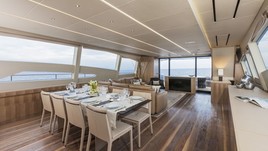 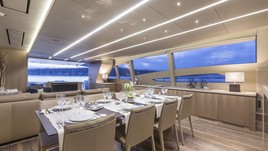 The Pershing 108 flybridge 33-meter motor yacht has been launched since 2010. In 2012, a new building was developed, characterized by the layout of the cabin, bridge, painting and glazing.

The exterior was designed by Pershing shipyard and designer Fulvio De Simoni, who made the flybridge recessed into the hull, which retained the traditional style and did not impair speed qualities.

The interior was created by Poltrona Frau and ErnestoMeda, using the development of Fendi Club House and Armani Casa.

Recreation areas are located in the bow, on the upper deck and cockpit. The salon combines the dining room and sofa area. With an open partition in the cockpit, one space is obtained from the stern to the control post. The post is equipped with a retractable console, navigation and communication equipment of the Furun system. The aft garage accommodates a 5-meter tender, and its door turns into a swimming platform. In the bow there is an additional storage space for jet-ski, crane and other water toys.

Living spaces on the lower deck can be accessed via a wide gangway. Three or four cabins with separate bathrooms and a shower are offered: VIP, master and one or two guest rooms. The owner can arrange these rooms to his liking, and if desired, make a fifth cabin from the master. Service rooms, consisting of a galley, a food elevator, three crew cabins, a bathroom, a laundry room and a dining room are located aft.

The yacht has three MTU engines of 2,638 hp. with three semi-submersible propellers, which allows to reach a maximum speed of 42 knots, cruising - 37. They can work simultaneously or separately. At a speed of 10 knots, a range of 1000 miles.

The yacht with a fiberglass hull is CE (A) certified, that is, it is intended for access to the open sea.

If you are interested in the Pershing 108, contact your broker or fill out the form:
Add your yachts
Give it the exposure it deserves