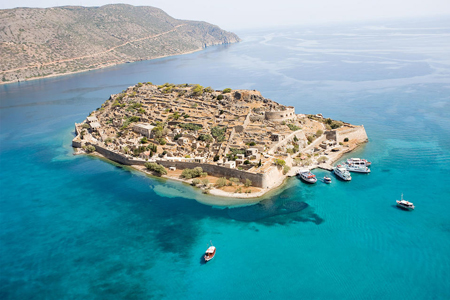 When traveling on a yacht in Greece, be sure to include in your itinerary the island of Crete, which is very popular among lovers of the study of antiquities and fans of diving. The island is located 240 km south of Athens and geographically belongs to Europe. It is washed by the waters of 3 seas: Cretan, Libyan and Ionian. The island capital - the city of Heraklion, is located in the center of the northern coast. The entire coast of the Cretan Sea is dotted with ports and the most important tourist centers are also located here.

The peculiarities of the Ionian Sea lie in its historical and mythological significance, since myths took place on its territory, and 2 commanders fought for the throne of the Roman Empire.

The variety of marine fauna of the islands is impressive, different species of turtles and fish live here, you can find crabs, sponges, octopuses, cuttlefish, dolphins, sperm whales. Among the rarest species of fish that can be found only here are aterinus, wrasse, sea bream and sea ruffs - scorpion fish. Crete is the largest Mediterranean island in terms of area, known mainly for the beauty of its landscapes, architectural monuments, Greek myths and traditional music. 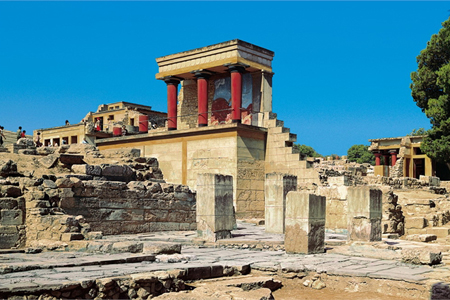 In Crete, there is something to see in addition to the ruins of the Palace of Knossos (according to legend, it is here that the labyrinth of the Minotaur is located, but nothing of the kind was found during excavations), for example, the ancient temple of Apollo and a theater in a town called Gortis. These structures have not lost their former grandeur, although time has left its mark on them.

In fact, it is difficult to single out something from the huge variety of interesting places and objects. Among the attractions of Crete, which are worth visiting in the first place:

Chania, located in the west of the island, is one of the most beautiful in Crete. Make sure to take some time to walk around Splancia, where you can feel the spirit of the island's past.

Having rented a yacht in Greece, do not follow the beaten tourist routes, but climb to the top of Mount Ida in the center of the island (the highest point of the island). In the east, Mount Diktant is open for visits, with unforgettable views of the eastern part of the island. By the way, it was here, according to Greek mythology, that the god Zeus was born in one of the caves.

It is also worth visiting the resort village of Anissaras, which is rightfully considered a family one, there are a large number of playgrounds, restaurants prepare a dish according to a special menu, and the quality of the beaches is beyond doubt. And just 1 km from it there is a tourist center - Hersonissos, due to the abundance of bars and clubs, which is considered the "youth Mecca" of Crete. 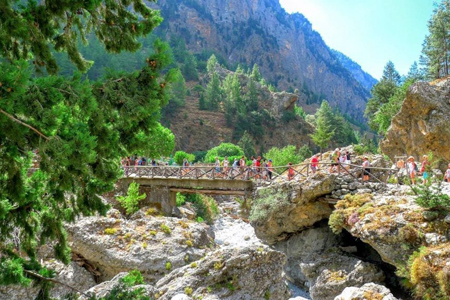 Numerous diving centers are always at the service of vacationers (some of the most popular are Paradise Diving Center, 15 minutes drive from Rethymno, Evergreen in the south and the Blue Dolphin near Heraklion).

And those who are interested in resting in an interesting and informative way can be advised by the theme park "Labyrinth", which recreates the legendary myth about Theseus, who fell into the labyrinth to the Minotaur. 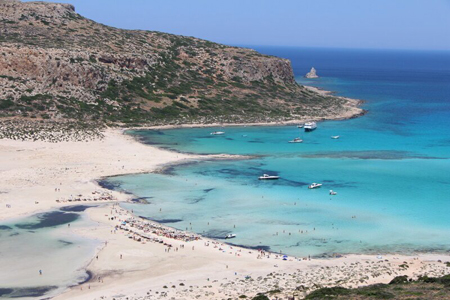 Crete is one of the most interesting tourist destinations in Europe. The picturesque coastline with a total length of more than 1000 km, with many beautiful bays and secluded beaches, which can only be accessed from the water, contributes to the development of yachting. Rent a pleasure yacht to appreciate the beauty of the island's landscapes and swim in the turquoise sea.

You can stroll along the Cretan streets to discover the monuments of the Venetian period, such as the Venetian loggia or the Venetian candle. You can visit one of the most remarkable natural attractions - the confluence of the three seas near the Bay of Ballos. It is also worth going fishing and visiting the uninhabited island of Dia - there are many islands nearby Crete that deserve your attention.

Yachting in Crete is fun as you can come up with many itineraries and choose the best ones. And snorkeling (one of the most memorable types of recreation) allows you to enjoy the view of underwater volcanoes, landscape reefs and a huge number of unusual marine life. If you love the sea and want to add variety to your vacation, then yacht charter in Crete is your choice.

Whatever type of vacation you choose in Greece, it will be full of impressions and memorable, with vivid positive emotions. In this sunny country, yachting is especially good, thanks to the possibility of combining with original expeditions and excursions, as well as an enviable variety of types of recreation at sea.

When planning to buy or rent a yacht, we advise you to contact the specialists of the 2yachts company. With them, you can be sure that you will always find the best, most profitable and relevant offers from the yacht market. Find your dream yacht with us!